Super Mario Odyssey Will Have 30-50 Moons Per Level 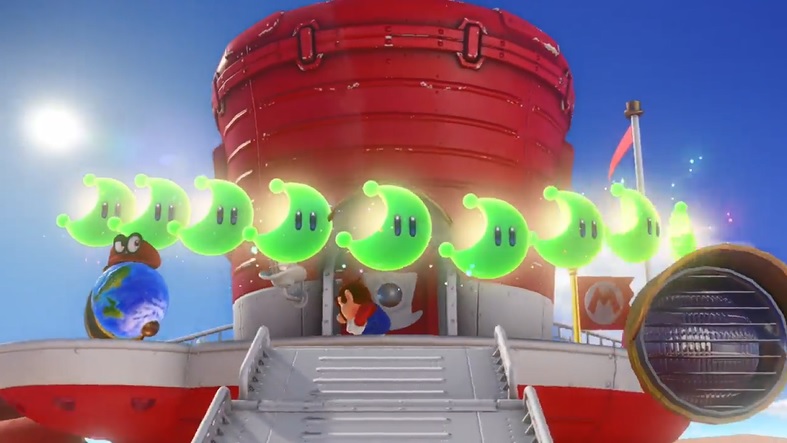 Given the wide open sandbox style feel of the game, it’s pretty obvious Super Mario Odyssey will have a lot of content. I mean, it’s basically a given for the genre. You can’t get a 3D platformer with less than a hundred collectables. It’s the law.

But as Nintendo has revealed today, Super Mario Odyssey actually goes far further than that.

Why? Because as mentioned by a Nintendo rep in a Gamespot video, Super Mario Odyssey will have between 30-50 Moons per level:

That’s quite a jump from 64 (6 stars per course) and Sunshine (7 main missions and 2 secret ones). Indeed, if you only count the levels we already know about it in Odyssey:

You’ve already got a minimum of 180 Moons there and then. Or even a massive 300 if the higher figures are to be believed.

However, it’s probably not going to be just 6 kingdoms here. I mean, look at the world map for Odyssey: 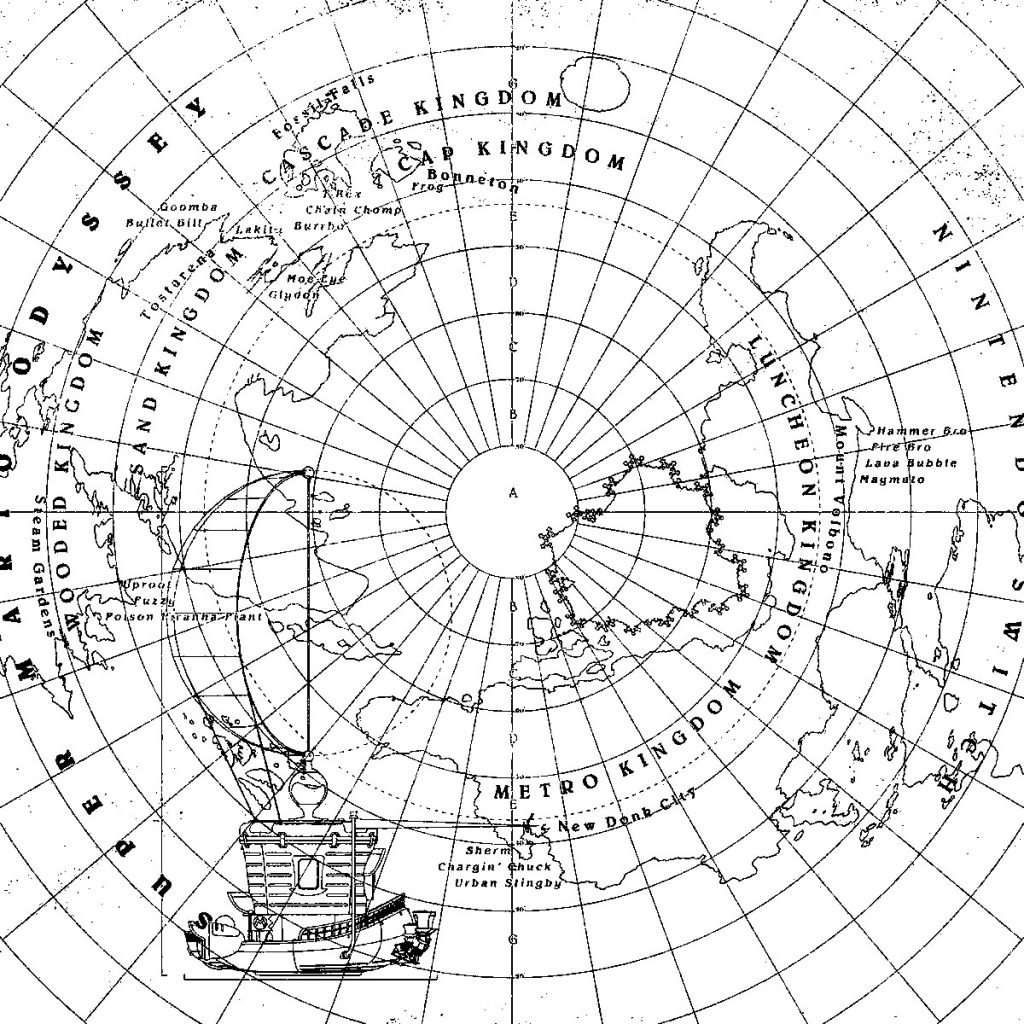 As you can see, there are numerous extra landmasses that could be used for kingdoms in the game. Like the Mushroom one in the top right. Or the icicle shaped one to the south left. Heck, even what looks like a full blown kingdom underneath the Metro Kingdom at the bottom of the map.

So the count could easily rise up to 10-15 kingdoms, like in Mario 64. This would then put Mario Odyssey at a very impressive 300 Moons (at the lowest) or even 750 (assuming best case scenario).

What’s more, that’s not even getting into the possibility that kingdoms don’t just have one landmark a piece. They probably do sure. And to be honest, I’d put money on New Donk City being the only area you explore in the Metro Kingdom.

But there’s no reason that has to be the case. After all, why even have sub areas given names if the whole kingdom is just a container for a single smaller locale?

I’m not sure really. So there’s the possibility kingdoms don’t just one ‘level’ in them, or that they also have a bunch of separate single Moon sub levels as well. Like say, the secret star courses from Mario 64 or Sunshine. Or the single star extra galaxies from Galaxy 1 and 2.

Either way though, the game has significantly more content than Mario 64 and the other traditional 3D Mario games, and will offer tons of replay value to fans.

“Aren’t these Moons super simple to get though?” you may wonder

Well, I see your point there. There are definitely Moons given for very simple tasks here. Like entering a girder or talking to a magician.

But at the same time… that too is true of the Stars and Shines in previous games. In Super Mario 64 you had such non missions as ‘The Floating Island in the Sky’, ‘Blast to the Stone Pillar’, ‘Drop to the Caged Island’ and ‘Blast to the Lonely Mushroom’ among various others. Those were literally ‘get the Star right there in the open, or maybe hit a box in an inconvenient place’. Other examples included the MIPS stars in the original, the Toad Stars in all versions and the shiny rabbits star in the DS game.

This pattern then continued with many of Sunshine’s secret levels (shooting water at a gold bird or revealing a Shine Sprite pattern by spraying water on sand/the sun are not particularly involving missions), anything involving Luigi in Galaxy 1:

And every single Green Star in the second Galaxy game. Really, there being some extremely easy and nigh pointless Moons should surprise absolutely no one.

But hey, with that pointless aside out of the way… yeah, Super Mario Odyssey has significantly more content than any Mario 64 like game before it. It’s a really impressive return to form for the genre after all these years.

Still, guess that’s what a couple of console generations can do for a game like this!