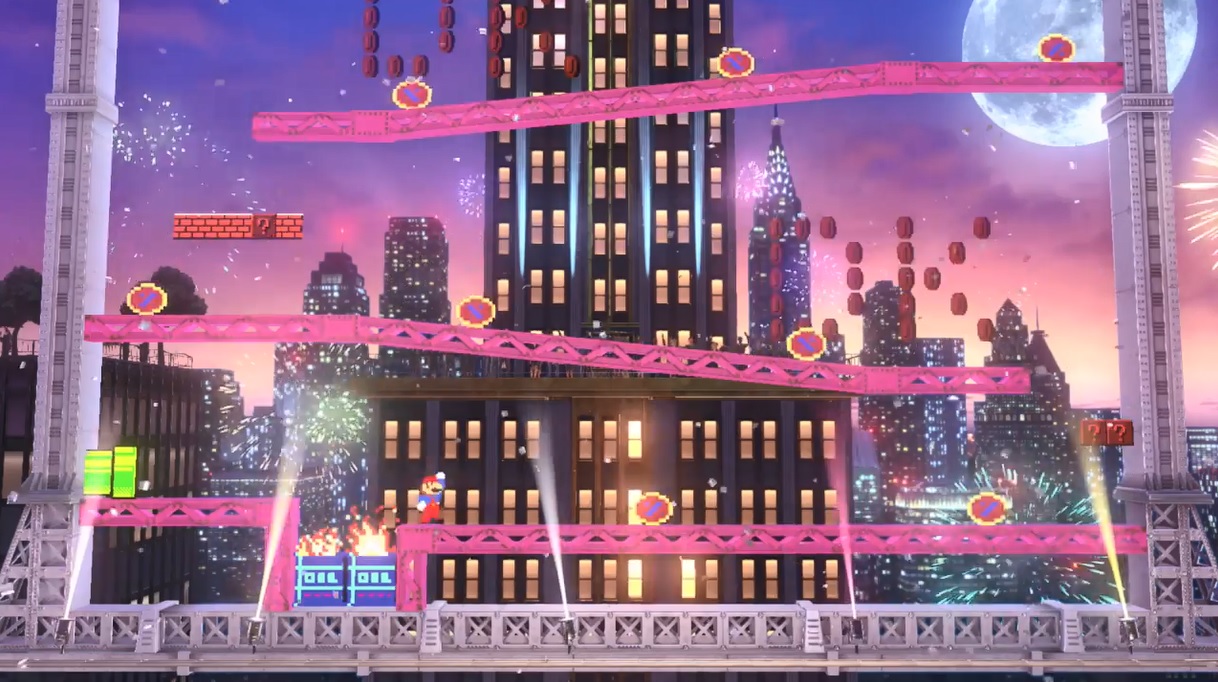 It was the promise that drew everyone to the recent Nintendo Direct. The main focus that Nintendo would base much of the presentation on.

In other words, the stakes were high for this game. If Nintendo didn’t deliver an amazing trailer worth watching, the Direct would likely fail with it.

Which is why I’m happy to say that today’s Super Mario Odyssey trailer blew our expectations right out of the water! Put simply, it offered everything we wanted in a trailer and more.

Okay, it didn’t have the first appearance of a major feature like capturing. It wasn’t the first time we realised the game was nonlinear or going away from NSMB’s uninspired aesthetics.

But it did have everything else a Mario fan could want. Here’s the video if you somehow missed it in the Direct:

As you can tell, there’s a lot to talk about here.

Starting with the most obvious one. Nintendo has revealed two brand new kingdoms for the game. These kingdoms (known as the Snow Kingdom and Seaside Kingdom) were already leaked on marketing materials and what not, but damn they look incredible none the less. Seriously, just look at this freezing place with those blizzard effects: 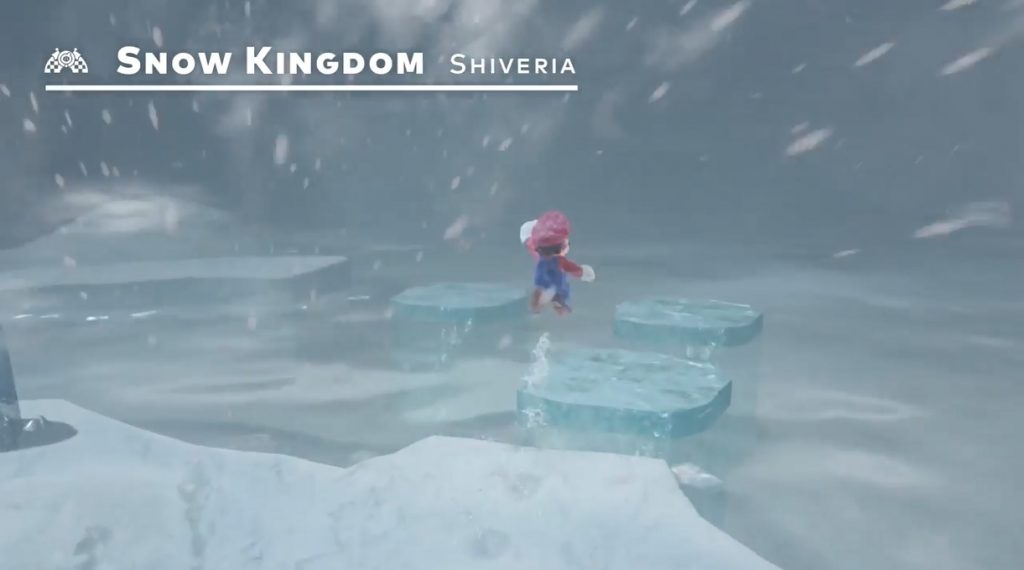 Or the super sunny, ultra-cheerful beach environments of the Seaside Kingdom here: 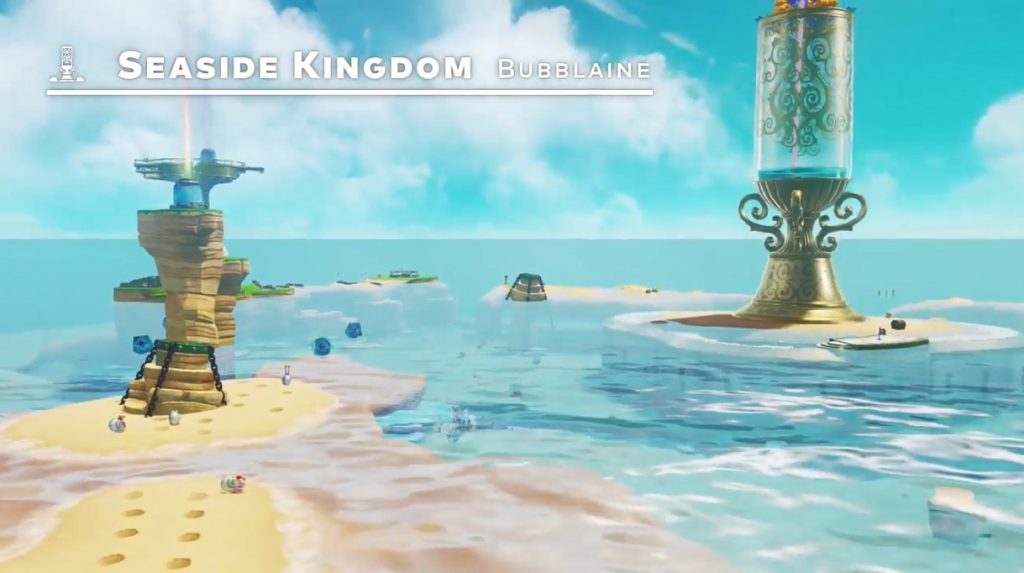 They look amazing, with plenty to see and do. And they’re not the only reveals either.

Oh no, another kingdom was shown there too. A tropical island based one with a jungle and weird flying dinosaur/squirrel hybrid to take control of. 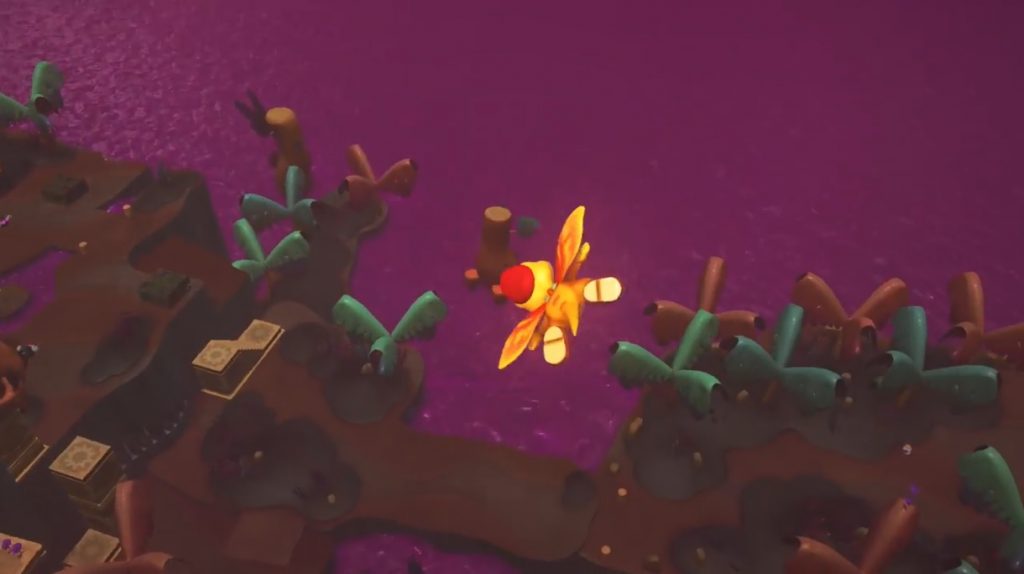 And this… is actually really interesting. Why?

Well, think about it. We’ve seen the Snow Kingdom and Seaside Kingdom mentioned on maps. We’ve heard how the Lake Kingdom and Mushroom Kingdom will be featured in game.

Yet we never got a hint about this ‘island kingdom’ at all. There’s no obvious place for it on the map. It’s not shown on the screen where you get a moon (or the amiibo packaging).

It’s just brand new and unexpected. So yeah, it seems our guesses in regards to how many kingdoms are present has been proven as way off the mark.

For other surprises, well there’s a fair few. You’ve got what appears to be Dorrie from Super Mario 64 in one kingdom: 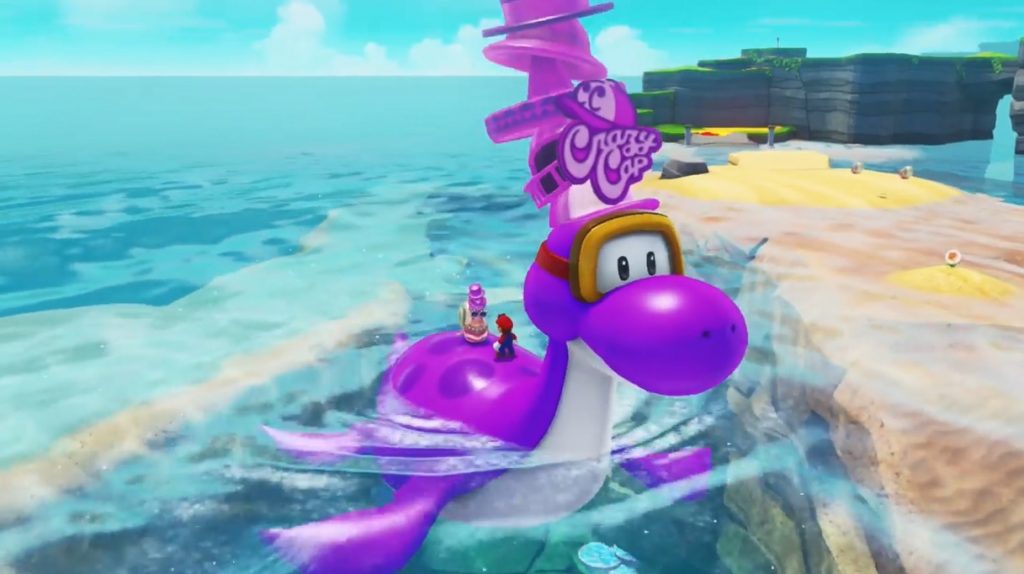 A full area based on the arcade Donkey Kong title with retro sprites: 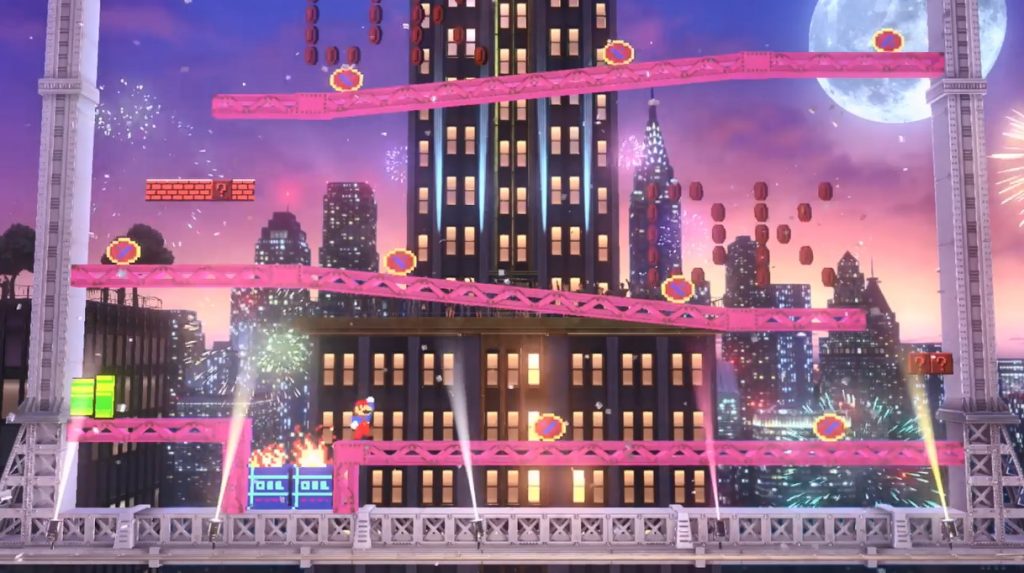 As well as numerous mini games we’ve not yet seen. Hmm, that race car one seems interesting. Seems like it takes place in an area of New Donk City we’ve not explored yet! 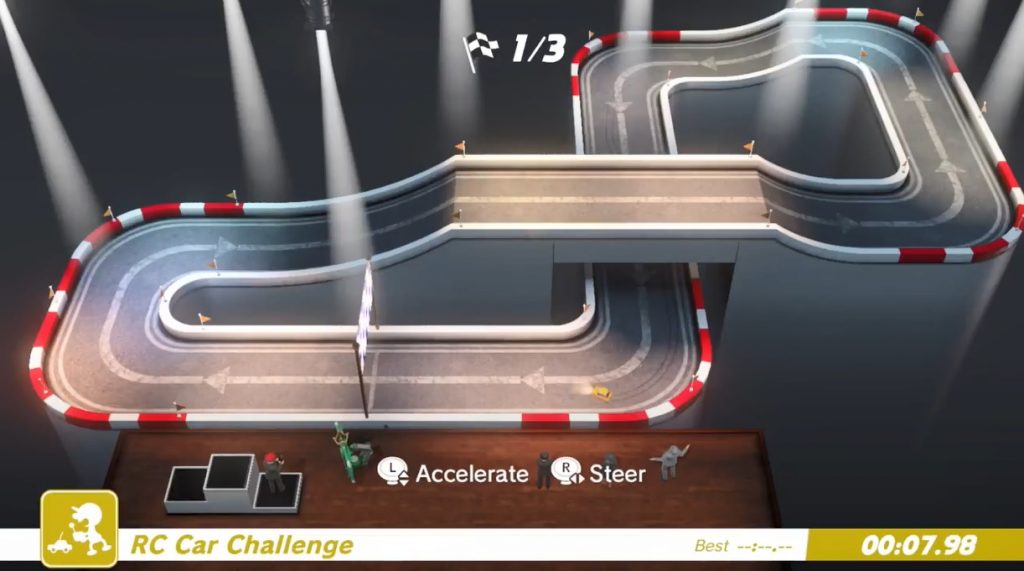 And that seems to be something this trailer is hammering home. We may have seen New Donk City, Tostarena and Steam Gardens…

But we’ve only seen a tiny portion of them. Each world has lots of Moons (the Direct shows more than 55 in the Sand Kingdom alone), and tons of areas to explore not even hinted at during the E3 version. So yeah, it’s a game that’s jam packed with content here. 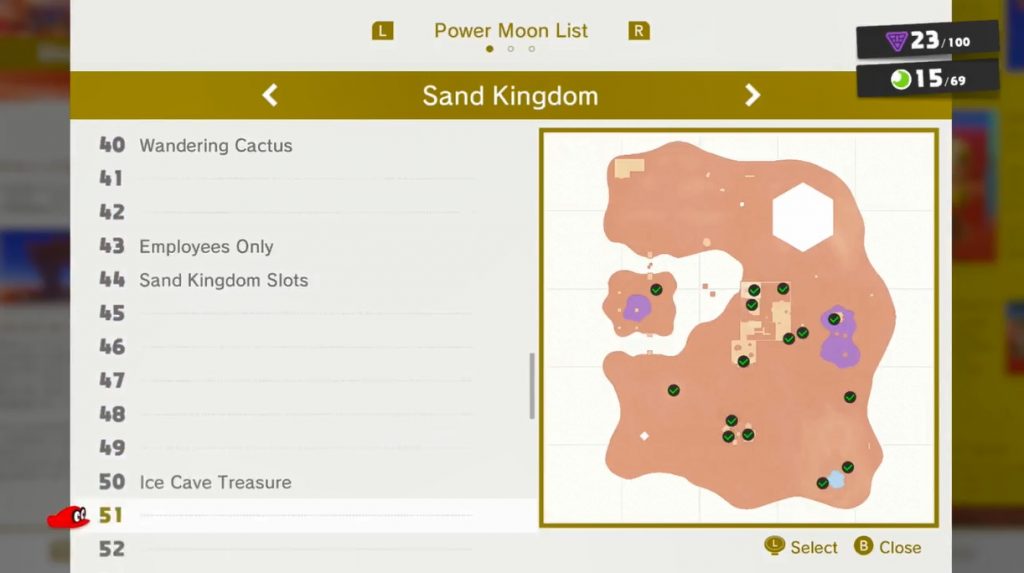 We also got to see a few more costumes too. Some are pretty obvious (caveman outfit for Cascade Kingdom, tourist outfit for Seaside Kingdom and parka for Snow Kingdom), but it’s neat to see a Dr Mario reference here too: 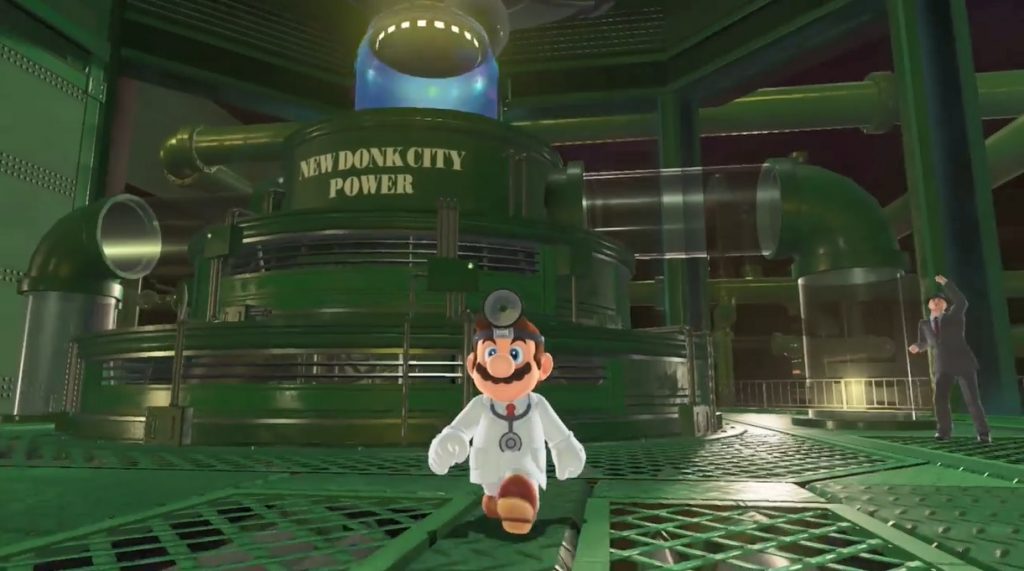 Add a Snapshot mode (for Instagram/Snapchat loving teens and website owners), online leaderboards for mini games and more, and well… 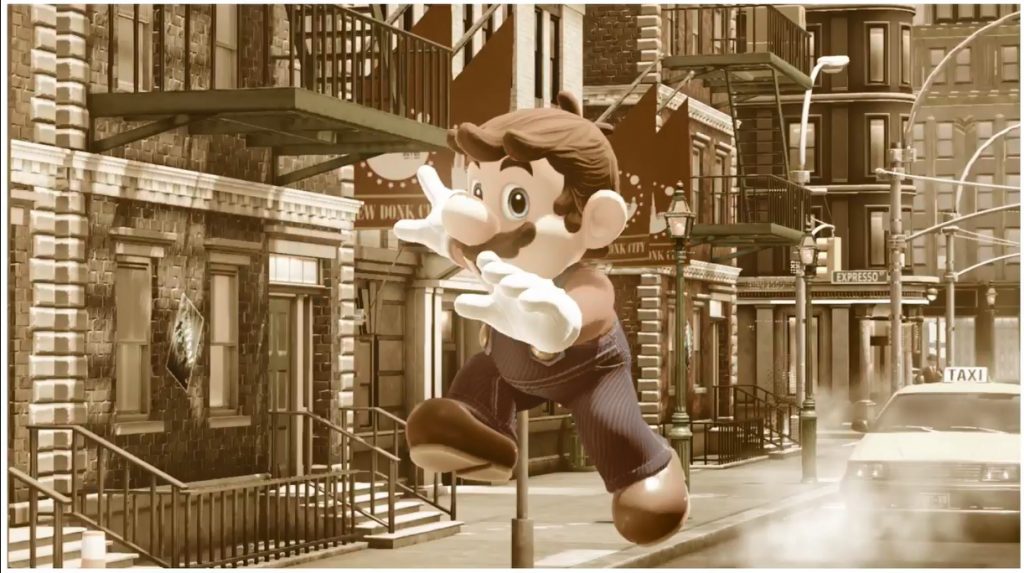