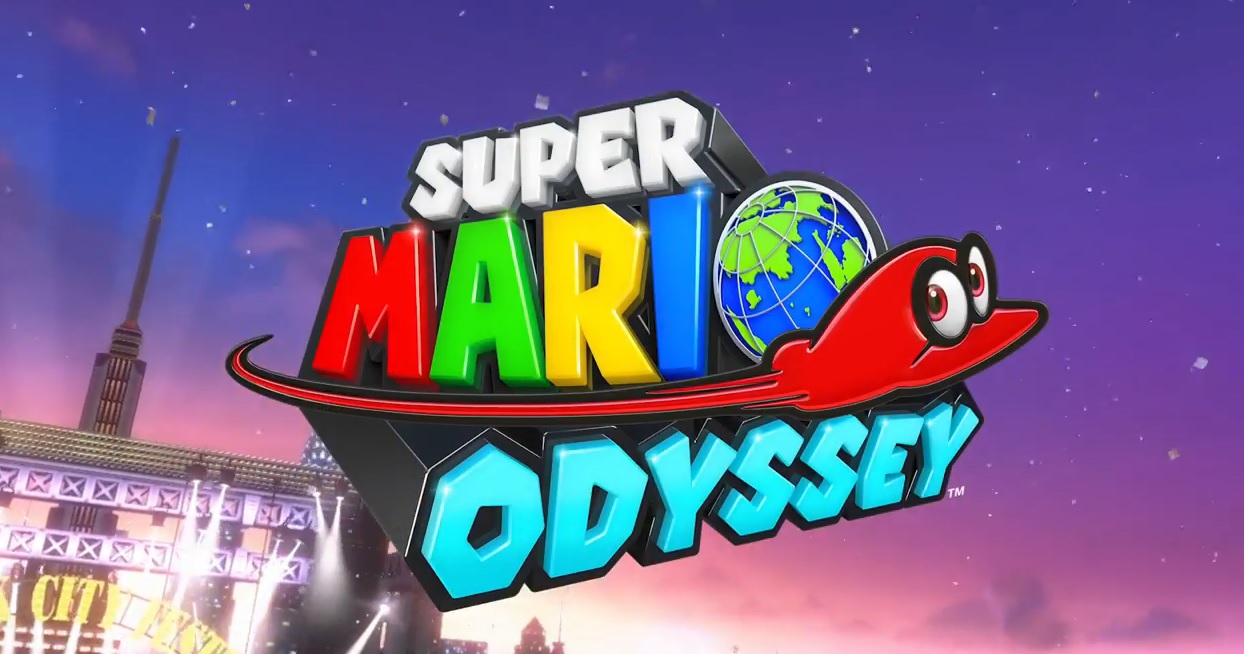 Well, it’s the game everyone’s been waiting for. After waiting months for more information, Nintendo has finally give us a new trailer for Super Mario Odyssey!

Here it is in case you haven’t seen it:

As you can see, it greatly expands on the game and how it works. For one thing, the new possession gimmick.

What’s that? Well, basically Mario can take over enemies’ bodies by throwing his hat at them! This means you can now play as anything from a Goomba to a tank to a human from New Donk City and even a T. Rex! Yep, dinosaurs appear in this game too. And yes, Mario can take them over and control them by having them wear his hat!

That’s got to be the coolest new mechanic ever. It’s like Geist or Avenging Spirit. Except you know, done really well rather than poorly.

It’s a neat way to expand the gameplay possibilities the worlds bring, and really changes the basic structure of the title and how it works.

As for the structure… well, it seems we know what they mean by back to Mario 64 gameplay.

Basically, there are collectables called ‘Power Moons’, and collecting them lets you move your ship to visit new worlds. This ship is called the Odyssey, and acts like Starship Mario did in Galaxy 2. Nothing much to say there, other than it works like you’d expect. No flagpoles here!

However, there is one neat difference.

You know how in previous games, you left the level after getting a moon?

You don’t do that here. Instead, it works more like Banjo-Kazooie, where you get the collectable and just move on with the level. It makes exploration much more convenient, and avoids wasting the player’s time like 64 and Sunshine did. A really cool touch there Nintendo!

And that’s not the only difference from past 3D Mario platformers either. Oh no, there’s no fall damage here either.

Which for Mario 64/Sunshine fans, is a huge relief. No more worrying about Mario breaking his neck when he falls off a building in New Donk City, it’s only bottomless pits that threaten you this time around. Again, it’s a good change. Something the early 3D Mario games should have implemented there and then.

Health is changed too, though it seems to be decreased to 3 instead of 6. This is made up by a low punishment for dying, with Mario basically respawning on the spot rather than being chucked out of a painting and having to do everything again. Not sure how well this change will work, though it makes up for the trickier platforming in this one.

The themes of the worlds are detailed a bit in the trailer and Treehouse gameplay too. New Donk City for example has a lot of Donkey Kong arcade style platforming, as well as Pauline as the city’s mayor. So hey, Mario’s old love interest appears here too. That’s unexpected!

Which is perhaps not something you can say about the sand world. We know it was based on Mexico, but it seems predictions of the world being part ice themed are true too. Why? Because that’s the gimmick. The Mexico world is being froze over, and you have to prevent it. It’s an interesting take on the Hailfire Peaks setup.

Either way, both these worlds have local and global currency. The purple coins/triangles are local, and only work in their respective kingdom, whereas the yellow ones are global and work anywhere. It’s a neat immersion builder, and reminds me a tad of Mushroom Kingdom Fusion really. That had a similar gimmick here too.

You also buy unique clothes in each world as well. This is so Mario fits in better, but gives the game a bit of a Mario Party 2 feel at the same time.

But enough about that stuff. What about the local missions and themes?

Well, there are quite a few interesting ones in each. For the desert world, there are 2D spaces you can enter (wall murals based on Super Mario Bros 1), which let you do stuff like climbing towers. This is unique, and reminds me a little of how Paper Mario lets you become a retro eight bit Mario at some points.

And in New Donk City… well, it seems the theme is to provide musicians for a concert. This is on orders of Mayor Pauline, and has you scaling buildings and platforms to find them, since some of them are on rooftops and what not.

It’s interesting, and shows just how much this game changes from previous ones.

That’s also the case with the bosses too. Indeed, Super Mario Odyssey doesn’t bring back the Koopalings as Bowser’s minions. Instead, he has the ‘Broodals’, those strange Rabbit creatures shown on Bowser’s airship in the first trailer. They’re not the only oppponents (a weird Egyptian style head was shown in trailer 2, and mecha Wiggler was in trailer 1), but they’re interesting none the less, and shows even more effort on Nintendo’s part to leave Mario’s conventions behind.

Your reward for beating them… a Grand Moon. Since hey, it’s not linear. So instead, the Grand Moon acts like three normal Power Moons, making it rewarding to fight a boss but not necessary to complete the game. It’s a weird cross between the Mario 64 and Galaxy formula, and looks to work well in this title.

Finally, Amiibo are being released for this. These feature Mario, Peach and Bowser (in the same design as in game). So what do they do?

These #SuperMario #amiibo will be available alongside #SuperMarioOdyssey on 27/10. Don't they scrub up well? #NintendoE3 pic.twitter.com/iIi4djLuTN

Well, they apparently unlock costumes in game, as well as unspecified ‘assist functions’. What are assist functions? Well, I’m guessing something like in Twilight Princess HD or Breath of the Wild. Where scanning them restores health or gives you special items.

But regardless of how they’re used, it’s just another near aspect in this fantastic looking game. It’s got tons of interesting ideas and mechanics, large, fascinating to explore worlds and really a structure that’s pretty much every a Mario 64 fan could ever want.

This is the 3D Mario game I’ve always dreamed of. Thank you Nintendo for finally making it happen.

Game looks amazing and its nice to see Pauline not only added in the mainline Mario games but also having quite the interesting role, being a mayor of a city. Quite a unexpected and welcoming change from her earlier roles, where she was at first the typical damel in distress and later if I remember correctly just a VIP guest with no known job in the Mario vs. DK games. Looking forward to Odyssey.