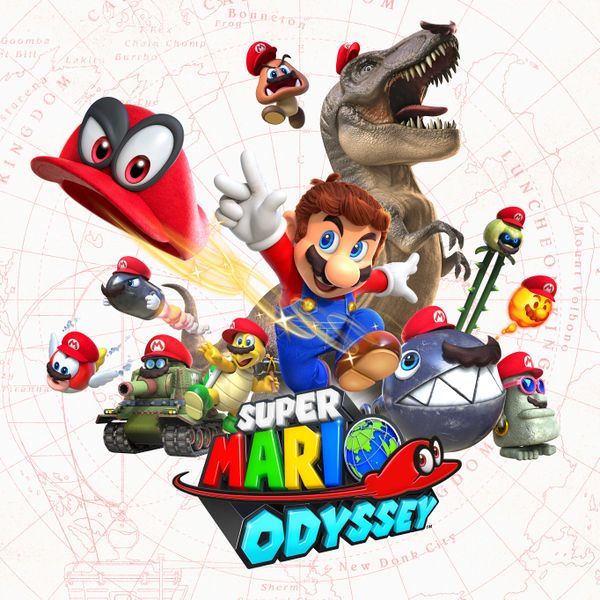 With many people buying games digitally, file size has been an increasingly important concern in the world of console games. It’s why modern video games using 50+ GB of space has caused quite a bit of controversy over the last few years. Or why Gears of War 4 being more than a 100GB in size almost caused the community to go into shock.

And now with Super Mario Odyssey being released on Switch very soon, fans have been wondering exactly big the title is. After all, it’s billed as Mario’s biggest 3D adventure yet. The ultimate successor to Super Mario 64 and Super Mario Sunshine with almost infinite things to see and do.

So how big is the game? How much space will you need on your hard drive to download Super Mario Odyssey from the eShop?

Which in Mario terms is pretty damn big. It’s more than double the amount needed to store Super Mario Galaxy 1 or 2. As well as triple the size of Super Mario 3D World.

But it’s not that big in the greater scheme of things. Yes, it’s bigger than ARMS (2.2GB) and Splatoon 2 (3.1GB). Yes, it makes older Mario games look tiny by comparison. It’s pretty big for a Nintendo game, sure.

Yet compared to many games in the industry nowadays, it’s incredibly small. Forget Gears of War 4 at 100GB, almost every triple A game of the last decade is about ten times bigger than Mario’s latest adventure where pure download size is concerned. Doom 4 is 55GB. The Witcher 3 is 45GB. Heck, even Just Dance is over 50GB!

Compared to those… this is a pretty small game.

And it’s not the biggest on the Switch either. Zelda Breath of the Wild dwarfs it at 13.4GB. NBA 2K18 on Switch uses 5GB for the save file alone.

Heck, on Wii U, Zelda uses 5GB for the Master Trials DLC pack!

So, it’s really all down to perspective. Personally, I’d say Nintendo’s done a good job keeping the file size in check myself, since they’ve managed to cram a giant open world platformer into size of your typical video game update. For a title with dozens of worlds, hundreds of enemies to possess and almost too many mechanics to name, that’s bloody impressive.

Add how little content many other Switch games have in comparison to this (ARMS is not exactly content packed), and 5.7GB is a good file size for this thing. It’s certainly manageable to say the least.

But what do you think? Have Nintendo done well fitting Super Mario Odyssey into 5.7GB of space?

Or could the company have compressed it even further?

Let us know in the comments below or on social media today!