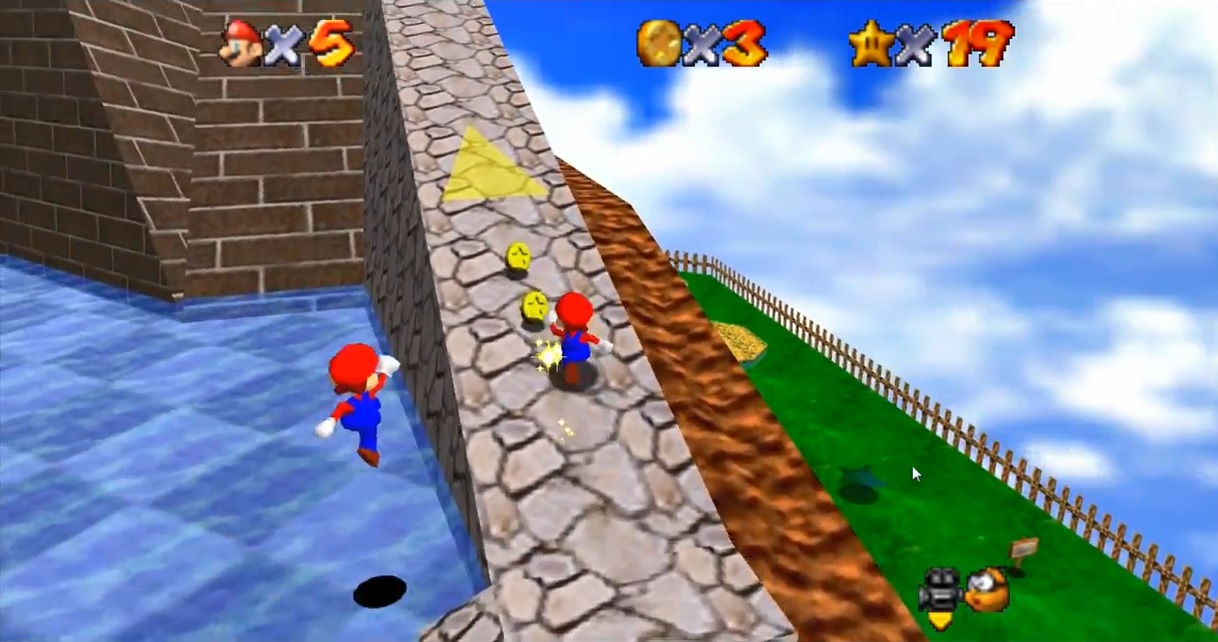 Here on Gaming Reinvented, we’ve featured quite a few interesting Mario 64 mods in recent weeks. These have included Super Mario Odyssey 64, a mod that lets players possess enemies. There’s Super Mario 3D World 64, which adds said game’s characters to Mario 64 complete with unique abilities. Heck, there’s even stuff like Super Mario Maker 64, which is exactly what it says on the tin!

And now there’s another one! Yep, coming from Kaze Emanuar (the guy behind most of the other major Mario 64 mods posted online recently), this mod goes and adds full online multiplayer to the game! Here’s a video showing a build from early in development:

As you can see, it works pretty well so far. It’s not perfect sure (players don’t interact with each other yet), but it’s miles ahead of old school solutions. Why?

Well in part because you don’t have to share a screen any more. You see, previous multiplayer solutions for this game worked like 3D World did. In other worlds, players shared a screen and when the camera moved away from one it was very hard for them to find their way back. It worked in a basic sense, but it was annoying to set up none the less.

That’s not the case here. Oh no, every player has their own screen view now. So instead of crowding together to avoid being cut off, players can explore different ends of the level at their leisure with no added problems. It’s pretty useful really.

But in future, things may get even better still. That’s because Kaze is also considering expanding this mode significantly. Like for example, allowing 8 players to play Mario 64 at the same time!

Yep, you read that right. 8 player Super Mario 64 co-op. It sounds insane just thinking about it, but it seems like something that’s all doable here.

And to add even more insanity, even custom character models may be possible too. So, the likes of Luigi, Peach, Wario, Waluigi and Toad could all be playable characters here! Sort of like the whole Mushroom Kingdom taking on Bowser at once.

So definitely check it out if you can. It looks really good so far, and will be available to download for free when character interaction has been coded in.

How do you get in?