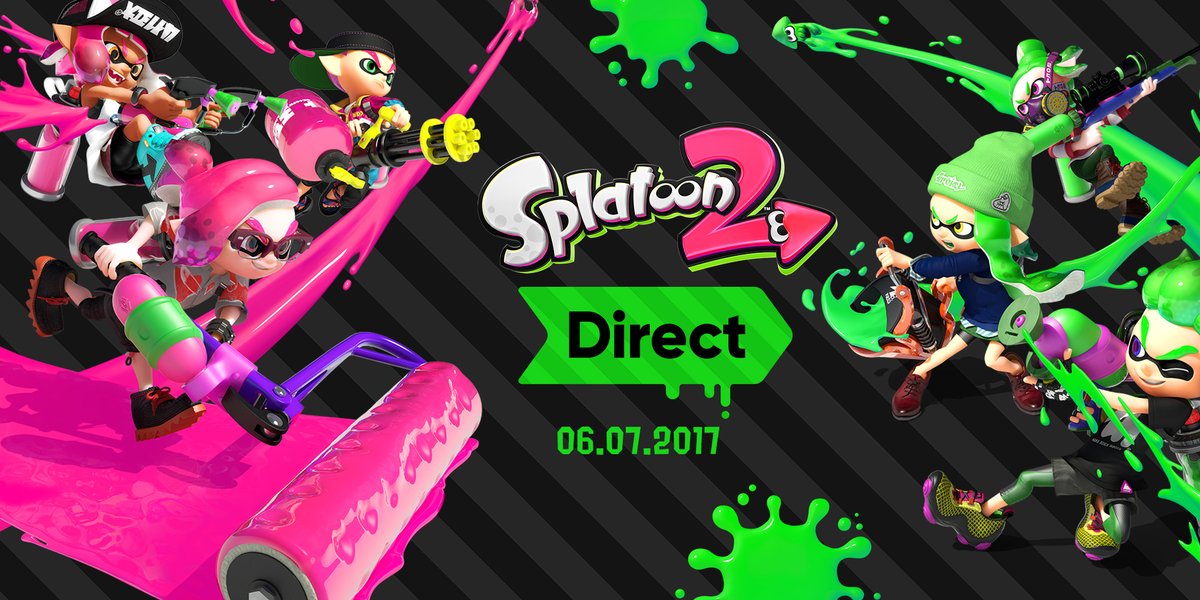 Over the last few months or so, it seems Nintendo Directs have become rather common again. We saw one for Fire Emblem in January. ARMS and Pokémon then got them in May and June. With Splatoon 2 actually being a secondary game featured in the former.

But it seems Splatoon 2 has now taken the headline role. Why? Because as the title suggests, Splatoon 2 is getting a Nintendo Direct soon as well! This Nintendo Direct will take place this Thursday at 3PM BST, and will cover various new features and content in the game.

A fresh #Splatoon2 Direct will Squid Jump into the upcoming #NintendoSwitch game on 06/07 at 15:00 BST!

As well as the corresponding equivalents from Nintendo of America:

A new Nintendo Direct goes live this Thursday at 7AM PT/10AM ET. Tune in for a re-FRESH-er on #Splatoon2! https://t.co/sVsqDLEOcv pic.twitter.com/AnWOJiiyOj

So what will be in it?

Well, it’s hard to say really. Extra modes or weapons seem like a given here, since they were featured in every other trailer and update for the game as well.

However, I’m personally thinking that the main single player may be the main focus here. That’s because despite us knowing about it for a while, it’s still quite vague about how the setup works. Yes Marie from the Squid Sisters is involved. And the setup for the mode seems to be based on a secret mission type concept.

But what exactly is the Octarians role in all of this? What are they planning that the Inklings have to stop?

I’m not sure, and I feel another update might clear this up a bit more.

Still, it’s all speculation really, and your guess for what the Direct includes is as good as mine. So hey, what do you think will be featured here? Will single player be a big focus again?
Or will the presentation talk more about multiplayer or online play?