Sony is Trying to Trademark The Term Let’s Play? 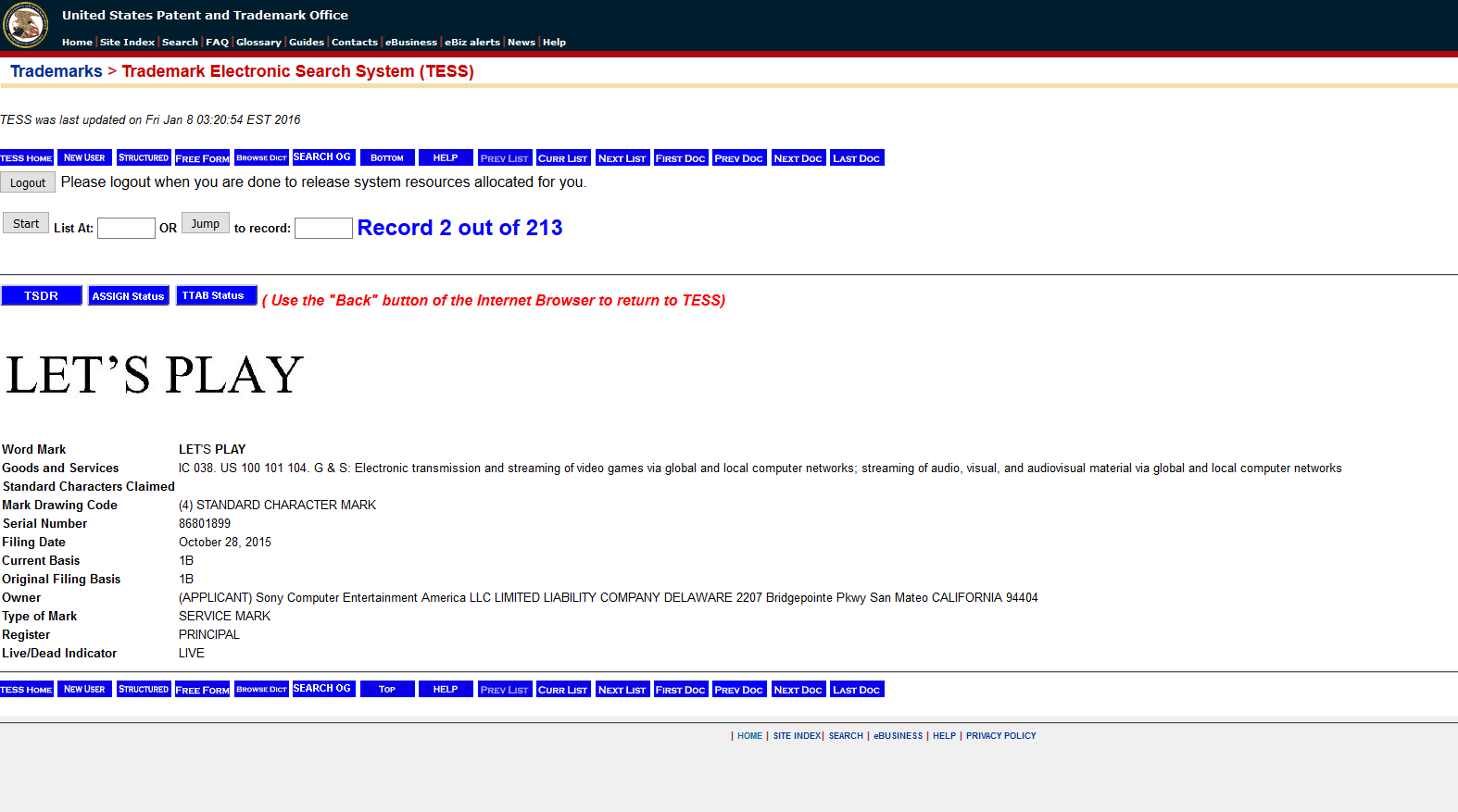 You know, the thing people have done on sites like Youtube and Twitch for years now.  The hobby which is so popular and well known that it has its own Wikipedia page, it’s own page on Know Your Meme and its own entire wiki dedicated to the scene:

But even with all this evidence out there, Sony decided to try and register it as a trademark.  Here’s the result for their application on the United States Patent and Trademark Office: 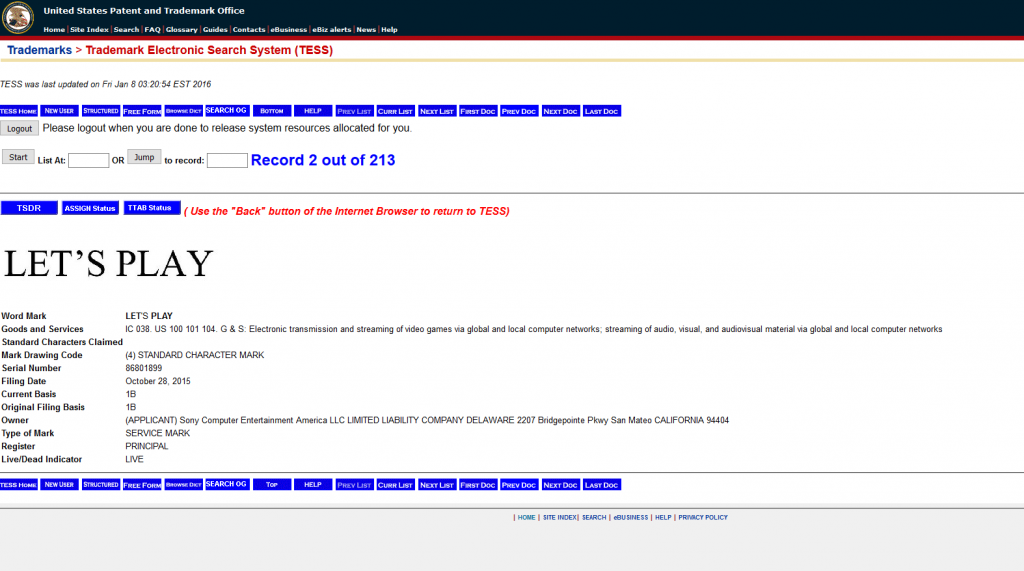 Above: You can view this application by clicking on either the screenshot above or this text.

So what do we think about this?

Well for starters, we strongly doubt that this will be accepted as a trademark, since it’s clearly trying to take ownership of a term that’s commonly used as generic by a large community.  So there’s a pretty good chance someone will object to it, perhaps even one of Sony’s direct competitors (since both Nintendo and Microsoft have used the term for their own videos and what not).

If the above doesn’t happen on its own, well, it’s pretty likely someone will write a ‘letter of protest’ contesting this trademark, since it’s a clear threat to a lot of people online and their livelihoods.  If you want to do that yourself, well, there’s a link on how to do so here:

How to File a Letter of Protest

Either way, Sony has tried to trademark the term ‘Let’s Play’, and you should really hope they don’t succeed with their application.

The USPTO just recently rejected Sony’s trademark request, as the term “Let’s Play” is “merely descriptive”.
So Sony has failed… implying they had any chance with this to begin with.

A bold move, though Sony is on top right now and this could shake their fanbase badly.

[QUOTE="Demon_skeith, post: 4091, member: 53"]A bold move, though Sony is on top right now and this could shake their fanbase badly.[/QUOTE]

Yeah, it's a really bad time to start making stupid trademark claims.  You've got a successful console in the PS4, don't jinx it.

Yep.  Unfortunately for Sony, their fanbase are not the kind to be ignorant of patent trolls.

Yep.  Unfortunately for Sony, their fanbase are not the kind to be ignorant of patent trolls.[/QUOTE]

So true indeed. If I were in their shoes? I'll tell them to stop or we can get into so much trouble from the law! lol