Are We Really Getting a Super Mario Odyssey/Super Bomberman R Crossover? 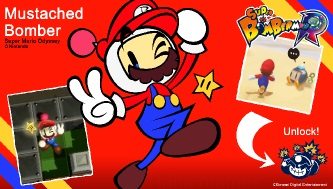 In the last few weeks, an interesting story about a Super Mario Odyssey/Super Bomberman R crossover has been spreading online. Posted on various link aggregator sites like Reddit, the story claims that Nintendo and Konami are releasing a promotional tie in update for both games, with said update letting you make your Bomberman look like Mario or vice versa.

It’s a neat story, and if real would be a major announcement. However, there’s just one problem:

Yep, the supposed crossover/tie in being advertised in that image doesn’t exist. And in this article, I’m about to tell you exactly why that is…

Firstly, ask yourself this question.

Have you ever seen this story run in ANY credible publication?

Any one will do. Maybe it’s GoNintendo or My Nintendo News. Maybe it’s IGN or Kotaku. Or maybe it’s a mainstream media organisation like the BBC.

Does it ring it bells?

No. Somehow, this story has never been run in a single news publication.
Which for a legitimate story, would make no sense whatsoever. Think about it. What’s the last major gaming news story you’ve seen not get posted on at least one gaming website?

There isn’t one. Gaming journalists are so desperate for a story (any story in fact) that they’ll publish that sounds even remotely credible.

So, the fact no one’s written about this story should be setting off alarm bells right away. Gaming sites are not going to ignore a story about a Mario/Bomberman crossover, let alone one sourced from their website.

And no, it being a ‘leak’ doesn’t make it more likely to be real either. For example, let’s say it really was on the site with the file name ‘ss17.jpg’. Okay, that seems plausible at first glance. There are indeed files labelled with names like ‘ss01.jpg’ and ‘ss15.jpg’.

But these files aren’t artwork. They’re screenshots of the game. For example, here’s what ss16.jpg looks like on the websites: 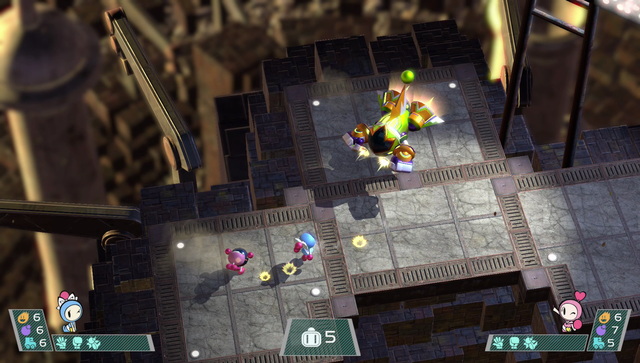 As you can tell, it’s not a piece of promotional art. It’s a random screen from the game.

This means an ‘ss17.jpg’ file would probably be fairly similar. A picture of an arena added through DLC or what not.

Well, think of it like this. Many gamers (and gaming journalists) will check for unlinked files on websites.
They’ll do this because said files have often led to them finding out about unannounced games early, or about content that the company didn’t want to show off yet.

Kind of like how they checked the background of those Mario Odyssey amiibo boxes to see if any new kingdoms were listed there.

So, if the picture was indeed real, someone would have found it by now. Strike one against the rumour.

Strike 2 is that said image just happens to be the ONLY thing submitted by its poster. Yep, on both the Nintendo Switch and Bomberman subreddits, the post about this image was posted by a user called Hyperdrive8.

Thing is, said user never submitted anything else. Indeed, in his entire history on the site, his only submissions consist of these two image posts and a few comments on the Bomberman subreddit. That’s it.

What’s more, he’s one of two users on the site to submit the image, with the other one being someone who’s referring to one of his posts as the link target.

Again, something seems off about that. Can a random internet user be the only person online posting about this?

I doubt it. That’s just not how reality works.

And the giveaways don’t stop there. Nope, take a good long look at the ‘transformation’ shown in the bottom right of the picture.

Doesn’t that look a lot like Wario to you?

Because it does to me. It looks like the bomb counting down the seconds in a WarioWare microgame.

In fact, it looks close enough to be edited from a piece of official art for the same. Possibly one like this: 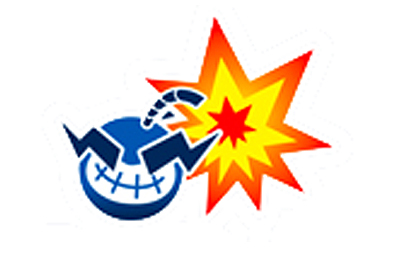 So as far as the evidence is concerned, it’s more likely than not that this image is 100% fake. It has no internet presence, it looks suspiciously like existing artwork and seems to have been heavily promoted by a single random individual on Reddit despite being part of a ‘major announcement’.

Does that guarantee it’s fake? Not really, we’ve been wrong and we know we’ll be wrong again.

But where this image is concerned, the odds are just too heavily stacked against it.