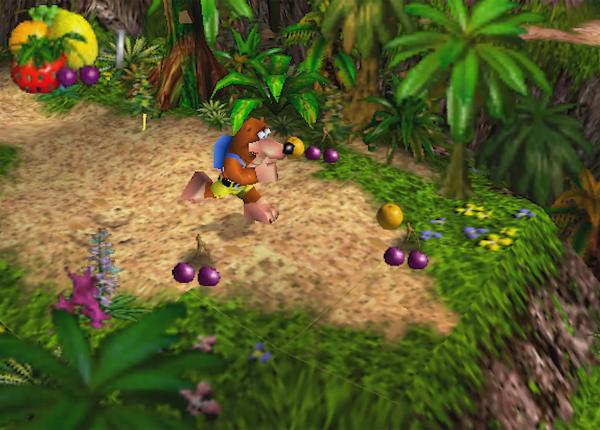 As you may or may not know, Banjo-Kazooie went through several different phases in its development. From its origins as Project Dream to its beta form as a 2.5D platformer on the Nintendo 64, the game changed many times as Rare considered all these different possibilities. But while we know this from hearsay, we never really got to see much of these early plans. No pictures, no video footage, the odd vague hint here and there… the days of Banjo-Kazooie between Project Dream and the final game were never exactly expanded on much by anyone at the company.

But now, things seem to have finally changed. Rare has announced that it’ll be showing off more footage of Banjo-Kazooie’s beta content via their YouTube channel and Twitter, and have just released the first ever pictures of Banjo-Kazooie’s 2.5 beta version!

So what do you think about this game? Could Banjo-Kazooie have been as great of a game if it was a 2.5d platformer in the style of the Donkey Kong Country series, Kirby 64 or Yoshi’s Story? How good does the beta version look in your opinion?