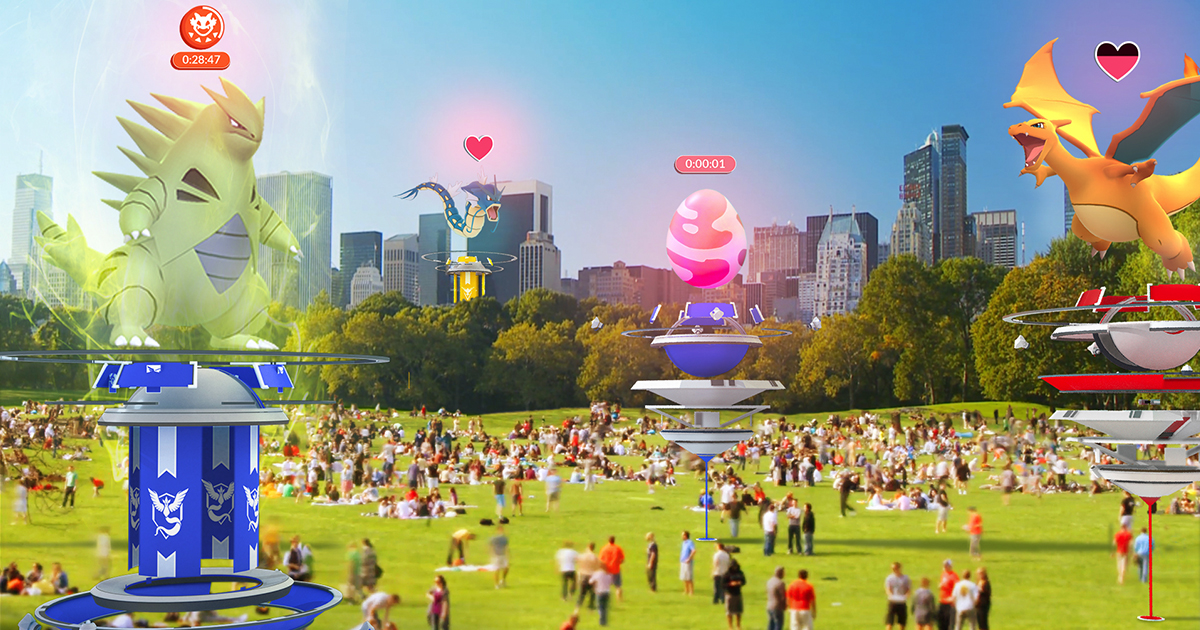 As many Pokémon GO fans likely know, gyms have always been one of the weakest aspects of the game. Lacking in features found in the key titles and mostly overtaken by bots in many parts of the world, the system is seen as a bit lacking compared to the rest of the game.

But now it seems Niantic have been listening to complaints here! Why?

Because as the title suggests, gyms are receiving a massive overhaul in the next Pokémon GO update! 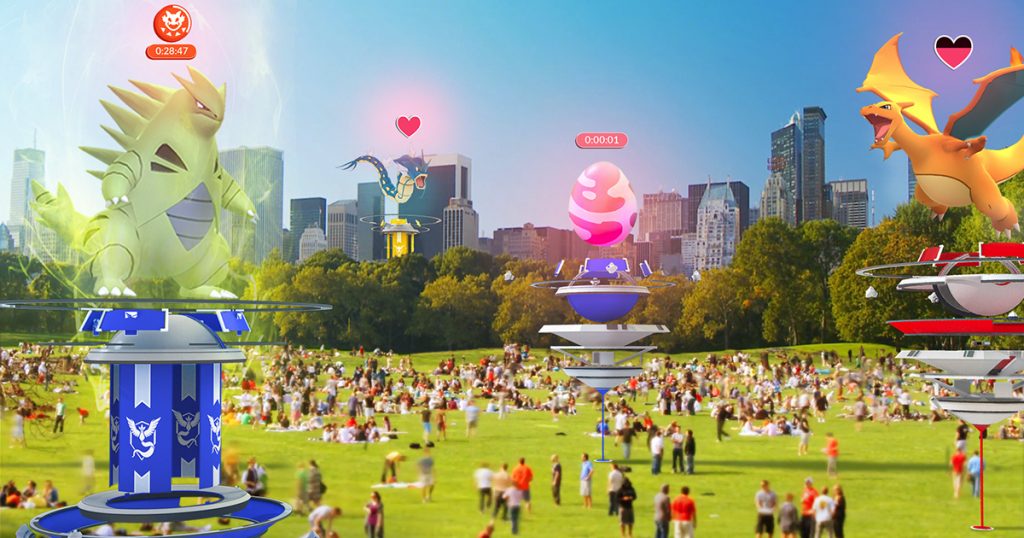 Starting with a major change to the whole structure of the system. Prestige is gone. For good.

Instead, they now feature six permanent slots that can be filled by the controlling team. Each of these slots must be unique (so no two identical Pokémon can be in one gym), and challengers will now battle them in the order they were assigned to the system.

And that’s not the only change here either. Oh no, motivation has been added too. How does it work?

Well, basically, each Pokémon starts out with a maxed motivation bar. Then, as they get defeated in battle, this goes down. Once it does, the Pokémon then gets weaker and easier to defeat, until either its fed berries (restoring motivation) or the gym falls to the other team. It’s an interesting little system, and stops teams from getting too entrenched (since challengers will be able to eventually knock out unmaintained gyms very easily).

Gym badges are another addition here. These act like mementos from the gyms you defeat, and mark which ones you’ve completed in the game. So if you want your gym to act like those in the main RPG… now they do.

However, the badges aren’t just for show.

Nope. Instead, they kind of replace the prestige system. By spinning the gym disc, feeding Pokémon berries or training at the gym, the gym badge’s level is hence increased and the rewards trainers gain for beating it go up respectively.

It’s an interesting little setup if you ask me, and acts like a way to give gyms a series of progression while simultaneously keeping the metagame fresh by having them stay easy to take down.

And that reminds me. Do you notice anything weird about that last paragraph? Like, the whole ‘spinning the gym disc’ thing?

Yeah, I thought so. But that’s because the discs on top of gyms are not just decoration any more. Instead, they now act like Pokestops. In other words, you can spin the disc on a gym to receive items like eggs and Poke Balls.

That’s quite useful really. Doubles the amount of Pokestops while not needing to add find additional locations for them.

However, it’s not the most interesting addition. I mean sure, the gym overhaul is nice and all. But at the end of the day, it’s not a new feature. It’s a few much needed tweaks to existing ones.

What is a new feature however, is Raid Battles.

Yep, Pokémon now has raids like those in a MMORPG. And this is where things get a little more… intriguing.

Basically, how it works is like this. At random, a Raid Battle can begin at a gym. When this happens, all Pokémon in said gym are returned to their owners, and a large egg appears on top of their gym in this place. Said egg then has a countdown. And when it reaches zero? That’s when the raid boss is revealed.

So what’s a raid boss? Well in a nutshell, it’s a super powerful Pokémon you have to take down in a team. Think of it a bit like World of Warcraft’s major boss fights in its raid instances. Or a very large, even tougher version of the Totems from Pokémon Sun and Moon.

Either way, once it appears, you and 20 others have the chance to take it down with your teams. Succeed… and you apparently get the chance to catch an extra powerful Pokémon of your own. Like maybe a legendary or something.

However, you can’t just go to every raid you come across! Oh no, you now need Raid Passes to do so. These are special free items that let you take part in a raid, and can be gotten one of two ways:

Unfortunately, there is a catch here. That catch is that the free ones are limited to one in your inventory at a time, and the paid ones… well they’re implied not to be. So if you want to take on more than one raid at a time, you’ll have to pay out for premium raid passes.

So that’s the raid feature for you. But the new additions still don’t end there.

Nope. In addition to the gym overhaul and raid bosses, the game now has extra items too. There’s the Rare Candy, which turns into that Pokémon’s candy when used. There’s the Golden Razz Berries that greatly increase the chance of a wild Pokémon capture (or refill motivation if used on a gym Pokémon).

And then there are TMs. Yep, Technical Machines are now part of Pokémon GO too. These come in (surprise) two types, and can be used to teach your Pokémon a new fast or charged attack. So yeah, if you don’t like a good Pokémon’s moves… you’re not out of luck any more. You can now change it to something more of your liking.

It’s another pleasant set of additions to the game, and one that makes gym battles actually somewhat important for people wanting the best Pokémon.

However, because of technical work needing to be done, it won’t all go live straight away.

Instead, Niantic is disabling gym battles while they implement the changes, and will bring them back when it’s done. So if you’re a current Pokémon GO player… well, no gyms for you for a while.

Still, it’s worth it in the end. Better to have a bit of downtime and a massive overhaul at a later point that a stagnant, dying game. And hey, the chances are a positive for pretty much everyone involved with the title.

So thanks Niantic. Your changes to Pokémon GO look great to me!

But what about you? Are you interested in Pokémon GO now gyms are being so thoroughly reworked?

Or have you lost all interest in the title already? Post your thoughts on this (and more) in the comments or on the Gaming Latest forums today!

As well as this TechCrunch Video on the update.