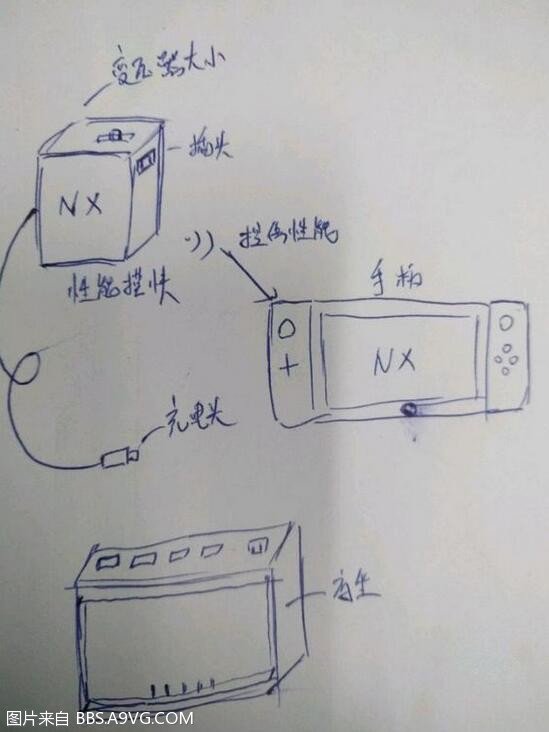 As you may have noticed, Gaming Reinvented has mostly avoided posting about the Nintendo NX and its rumours. Yes, we’ve covered the odd quote by a company like Ubisoft, and we’ve posted about The Legend of Zelda Breath of the Wild, but we’ve never really talked about the NX in general. Some people might be wondering why this is.

That’s a rumour from NeoGAF about the NX and how it’s supposedly a hybrid system. According to the original posts, it’s somehow presented by a Foxconn employee working on the system, with the picture being their quick mock up of it.

It’s also complete crap. Indeed, as somehow found out in that same topic, the whole thing was basically from some Chinese message board posters wishlist. Or speculative post about the NX.

So that’s why we won’t be posting NX rumours here. They get some traffic, sure. But 99% turn out to be false or misleading, and it basically ends with us having to go back and correct every article when the post is inevitably debunked. It’s tiresome, and not fair on the readers.

As a result of this, only obviously true leaks will be posted. What’s an obviously true leak? Well, a video of some guy playing the NX system with the controller and main system visible, a game like Breath of the Wild on the TV in front of him/her and a level of video quality at least in line with a decent YouTube video.

Not a drawing that looks like it was done by a 5 year old. Or a text post on 4chan. Not an article that doesn’t cite any sources. Actual real hard evidence.

But since that’s unlikely to happen, it’s more likely the next big NX post will be about the upcoming announcement by Nintendo. The one in October where they actually reveal the console. Via an official channel like a Nintendo Direct or livestream. Isn’t that more interesting than another ‘rumour’?

So what do you think? Are our views on covering NX rumours reasonable?