Over the last few weeks, a huge amount of Pokemon Sun and Moon info has been leaked. We’ve had the existence of the games leaked via a trademark search. Whole trailers have been leaked due to the Pokemon YouTube channel not setting them to private. And heck, with the demo, pretty much the entire Pokedex has been datamined.

But yesterday, things got real interesting. Why? Because the whole game seemingly got leaked.

Yes, someone on 4chan by the name of Lurantis managed to get the game early, and as a result, he’s pretty much been leaking everything he sees in the game. New Pokemon with their stats. Story details relating to Team Skull and the Aether Foundation. Extra changes to the core gameplay. It’s all here, and can all be seen in this 4chan topic:

So we’re gonna delve into this information. Yes, there will be spoilers, and yes, some people might not want to see this stuff yet. So if you don’t want to know more about Pokemon Sun and Moon, turn away now. Because once you’ve seen what’s mentioned below, you will know far more about the new games than you ever hoped you would.

But now that spoiler warning out of the way, let’s get to the information. Like say, some Pokemon stats.

Basically, Decidueye is pretty useless as a starter Pokemon, with a slow speed and decent attacking stats instead. Here’s a picture showing the starter’s stats from the leaker: 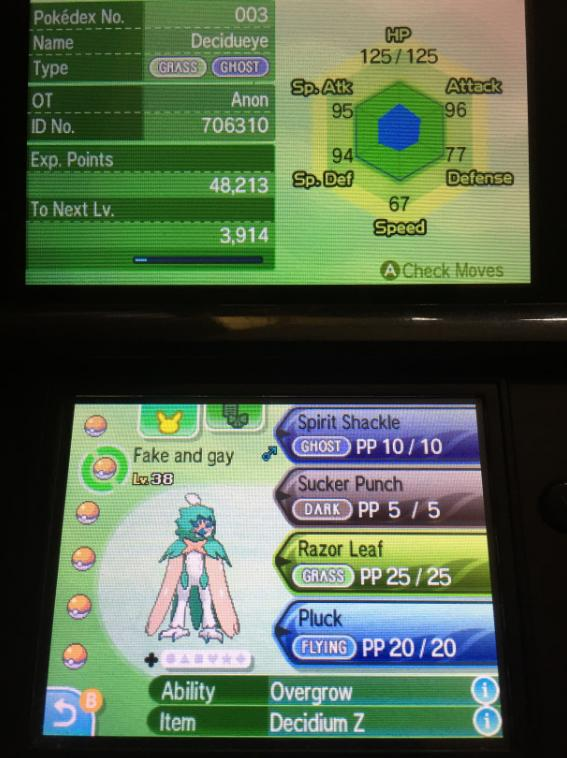 As well as an estimate about what his base stats likely are in general:

Incineroar is also pretty slow for the most part too, with most of its stats being focused on Attack, Defence and Special Defence. Here are its base stats:

And Primarina (Popplio’s final form) isn’t much better in terms of speed. Instead, it’s focused on Special Attack and Defence:

Either way, you can find a more detailed overview of the starters, their stats and their moves in this video:

Moving on from the starters, we get to some more interesting Pokemon. Like Wishiwashi, the fish that can form into a school to become more powerful. Interesting, it’s normal form is super weak and its school one is a bulky tank, kind of granting the Pokemon a free mega evolution. Here’s a rough estimate of its base stats:

Plus a picture showing some of its stats in game: 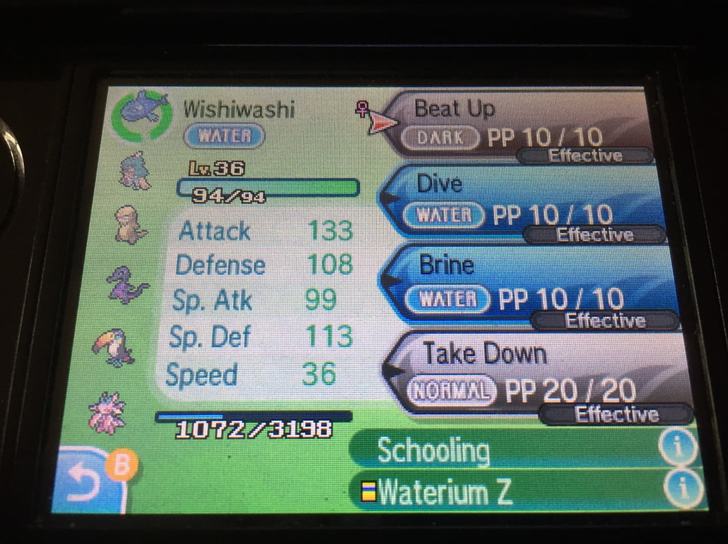 And this isn’t the only Pokemon we’ve seen stats or types for. There’s also this picture showing Lunaala’s stats in game:

As well as information about various others found in Pokemon Sun and Moon. Here are some typing for these species:

As you can tell, there are some… interesting ones here. Like the running theme with Ghost/Grass types in the game, or an abundance of Bug types in Alola in general.

More interestingly, it also seems like the vast majority of generation 7 Pokemon are (for the most part) pretty damn slow. I mean, we’ve got no starters with a base speed stat of over 100. Powerful new Pokemon like Wishiwashii have appalling speed stats in general. And heck, even the regional bird and rodent lines are slow as all heck this time around. Maybe that’s supposed to tie into the island theme somehow?

Moving on from Pokemon and stats now, we also have some info on z-Moves. Like how they can smash through Protect, albeit doing only 25% damage in the process. Or some of their effects, which include:

In other words, any Z-Move that overrides Splash raises the users Attack by 3. That’s pretty useful, isn’t it? Same with the others that raise all stats by one stage or increase evasion.

And then there’s also evidence that starters have their own unique Z-Moves too. One of these is Decidueye’s Sinister Arrow Raid move. As is shown in this picture: 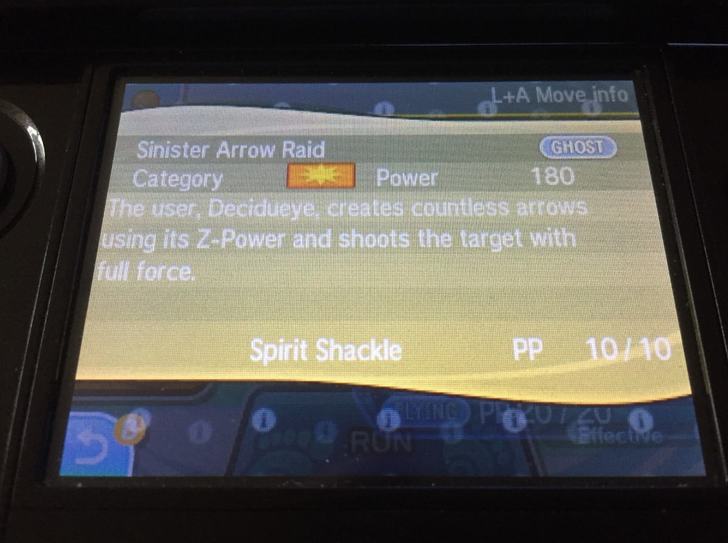 But it’s not all good news for competitive players or Pokemon. Oh no, Game Freak have also nerfed a few moves too.

Like Dark Void. Now it only works for Darkrai, and just has 50% accuracy:

By the way, some fun additional confirmation: Dark void NERFED. Accuracy lowered to 50%, and ONLY USABLE BY DARKRAI.

Or Gengar in general, which now doesn’t have Levitate as an ability:

@xJoelituh it has Cursed Body now.

So yeah, Darkrai and Gengar will likely be made much less useful in the metagame.

Which brings us to the more interesting part of the game. The story details.

Indeed do you know how I said there’d be spoilers?

Well, there are even more now. So if you only care for Pokemon stats and basic information, turn away now. Stop reading, close the tab and go read something else instead. Because this is where we’ll be blowing plot twists for the generation wide open.

Like the least well disguised plot twist ever. Aka, that the Aether Foundation are evil.

Did you call it? Yeah, probably. Just about everyone with half a brain figured these guys weren’t up to any good. I mean, you don’t have an large organisation with vague goals, grunts, admins and their own battle intro that’s working for the greater good. That just doesn’t happen in fiction.

Either way, it turns out they’re working alongside Team Skull and plan to bring Ultra Beasts to the Pokemon World for some reason or another.

As a result of this, you have to fight them on multiple occasions. Like the time where you have to raid their base at Aether Paradise. Or more interesting…

Watch the organisation actually manage to open a portal to the Ultra Beasts’ dimension. This results in a quest to get a certain item, and then using it to open up a dimensional portal with the help of Cosmog. Who’s both a pre evolved form of Lunaala and an Ultra Beast in itself.

And once you do enter the portal… well, this is where things take a turn for the weird.

Basically, Lusamine seems to really love UB-01 and the Ultra Beasts, and wants a world consisting of nothing but them. So she seems to merge with the former into… this thing: 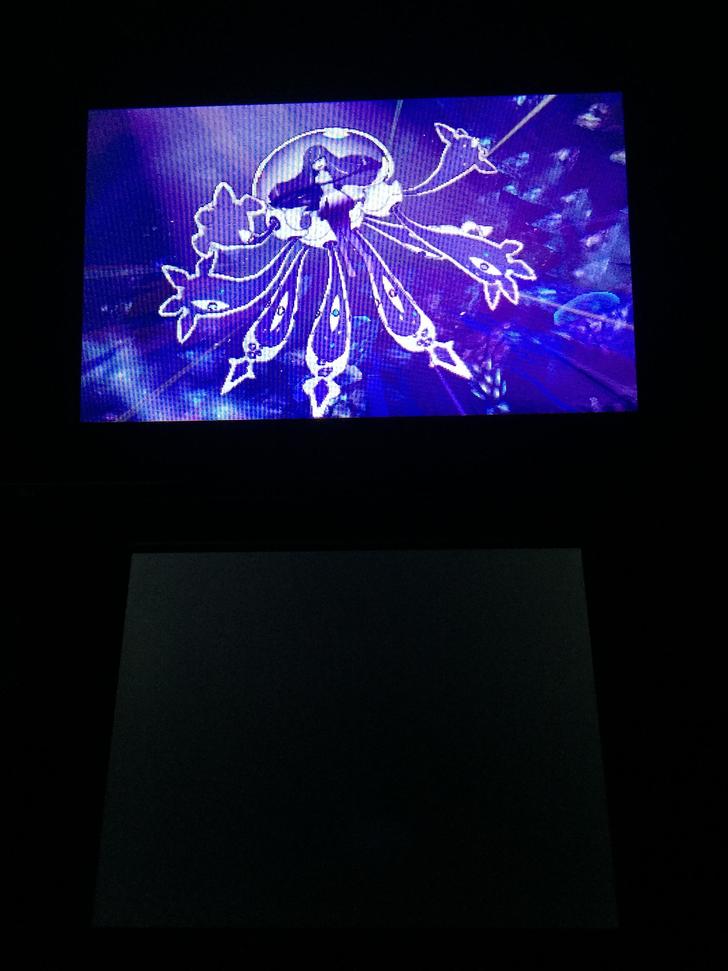 Which leads to a final battle against her team. 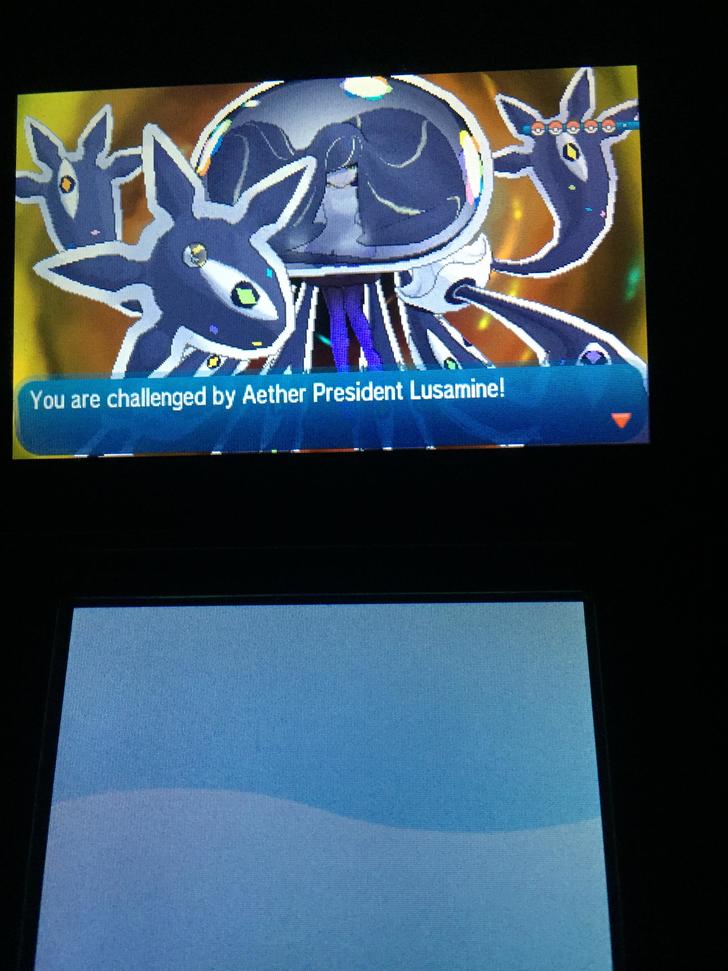 Other amusing reveals here are Guzma’s reactions to this craziness: 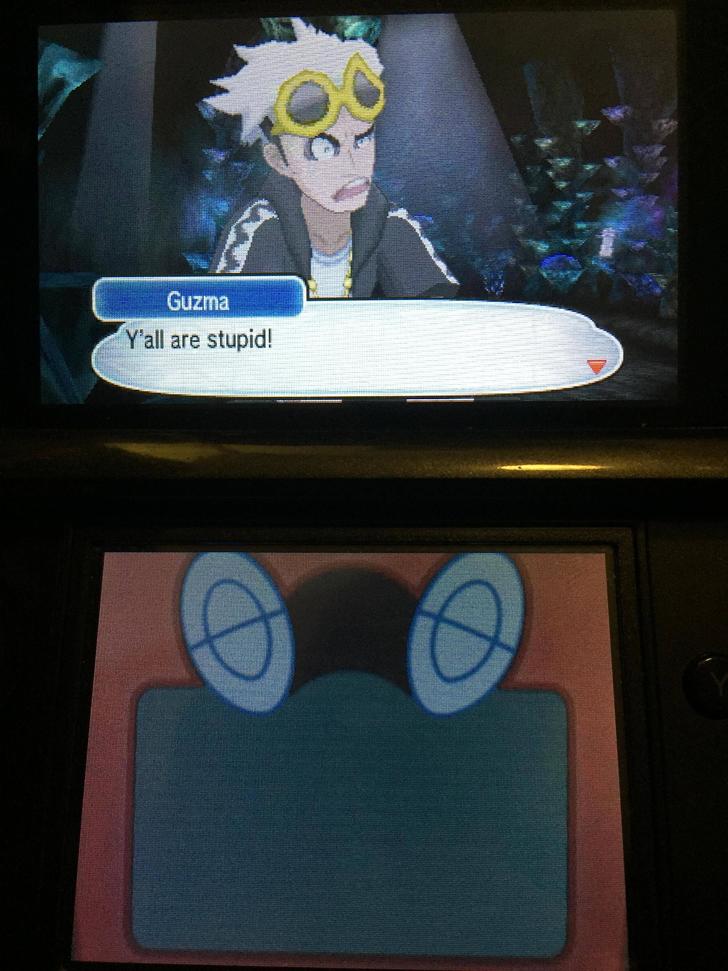 And details about Nihilego. What’s Nihilego? Well, it’s the ‘Pokemon’ style name for UB-01. Which basically means that…

No, the Pokedex will not be filled with Pokemon named ‘UB-[number] [description]’. Instead, all the Ultra Beasts have actual names they’ll likely be called by when you catch them/register them in the Pokedex/use them in battle without a nickname. So hey, if you thought Type: Null was a step too far in the naming department, then it seems Ultra Beasts won’t break the typical pattern any further still. 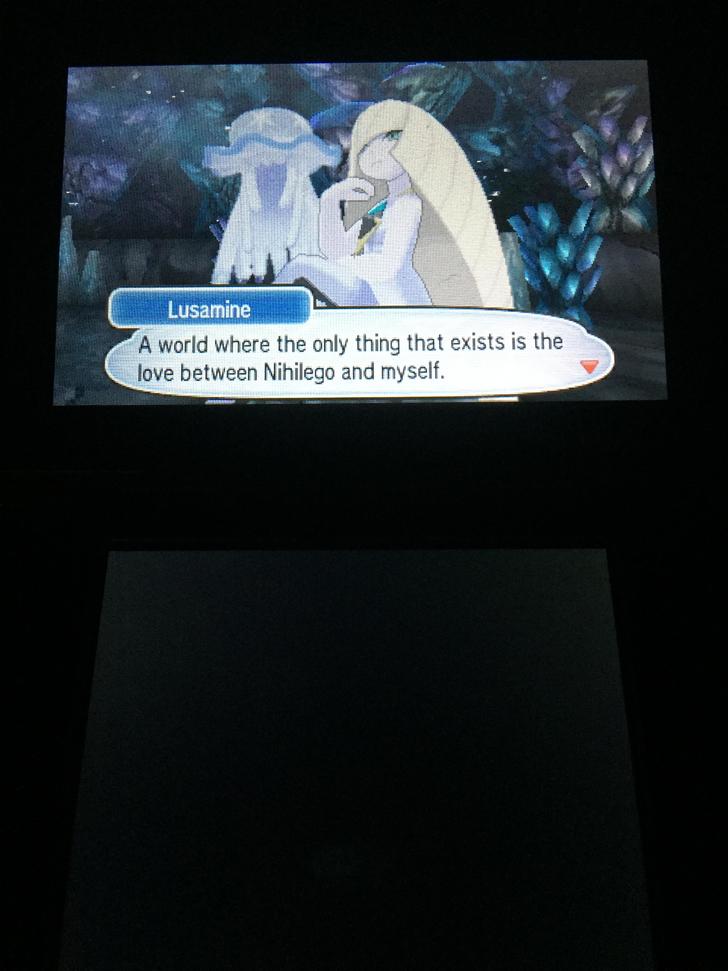 We should also mention that Ultra Beasts are ‘Pokemon from another dimension’. They have types, they have stats, they have attacks and they’re pretty much typical in every other way. So yeah, they’re not really a separate thing after all. Regardless of what the Pokemon Sun and Moon site may say.

In addition to that, we also have this information too:

As well as some pictures showing Colress in Pokemon Sun and Moon: 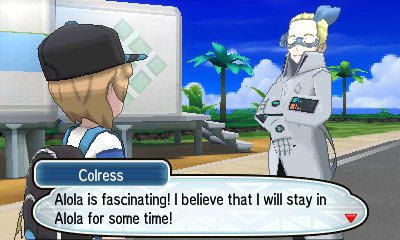 And so that just about wraps up the Pokemon Sun and Moon ‘leaks’ for now. There’s gonna be more and more found over the next few weeks or so, since people are investigating the games non stop and datamining everything they can get their hands on. But for now? That’s our overview of the Pokemon Sun and Moon leaks and the information revealed within.

So what do you think? Does any of this make you more interested for Pokemon Sun and Moon?