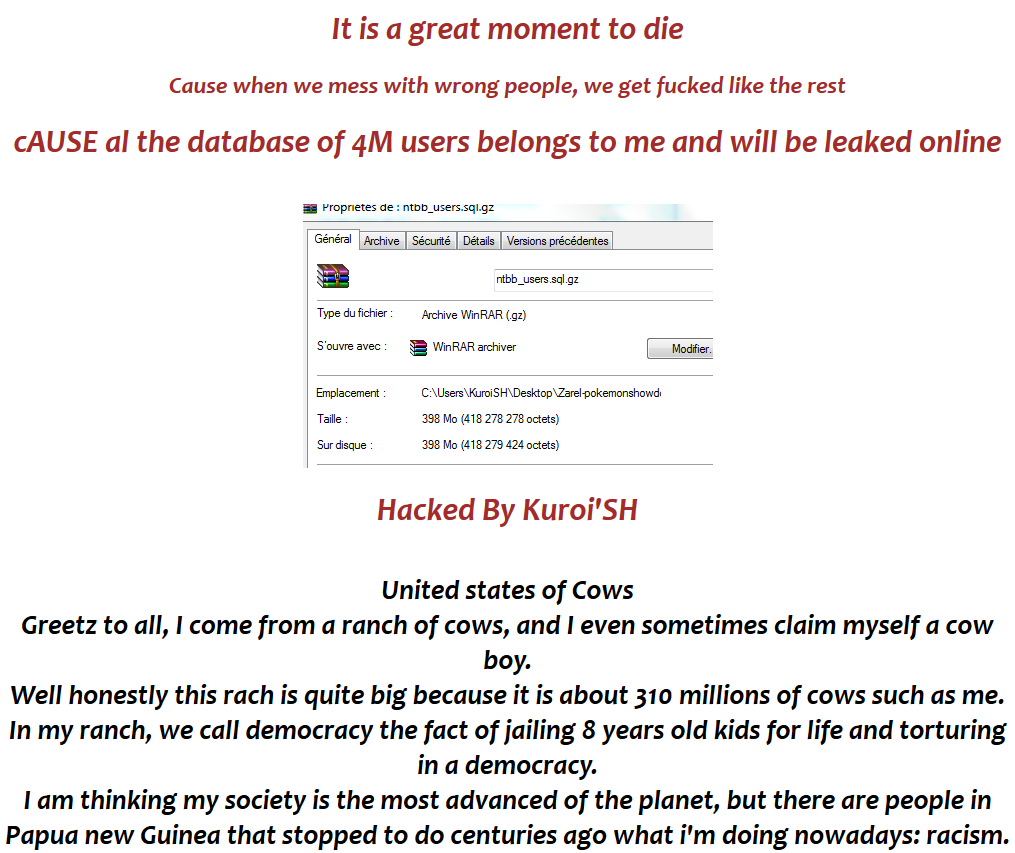 Heads up Pokemon fans! Because just a day ago, Pokemon battle simulator Pokemon Showdown was hacked and the database stolen.

For those that don’t know, Pokemon Showdown is a service that lets you simulate and play Pokemon battles online. With it, users can instantly build or generate a team and use it to battle others under various metagame rules, like those used on Smogon. It’s kind of like a training system for tournaments, or a way for people to easily test out Pokemon strategies in battle. Saves a lot of time for expert players.

Either way, it’s been hacked just a day ago. Here’s what it looked like before the site was cleared up again:

Which can be seen via Archive.is

That’s pretty messed up, huh? Yeah it is. But the defaced page layout isn’t the important thing.

Oh no, that’s password security. Basically, if you have an account there, change it now. If you’ve reused passwords like a moron, change them now. Because anyone with a Pokemon Showdown account is now vulnerable.

So yeah, be careful if you have a Pokemon Showdown account, since it’s been hacked a day or so ago.

I just changed my password. It's probably a bluff, though. Also what the heck is with that message about cows? Something about racism… Either way it looks like a troll.