The Pokemon GO News Round Up

With so much Pokemon GO news being posted online, it was clear we couldn’t write a story for each one. We’re Gaming Reinvented, not Pokemon GO News Daily. An article for every bit of news would flood the site in Pokemon.

So instead, here’s a news round up. Basically, it’s got all the Pokemon GO news for the week in one place. There are articles from major sites. There are videos and meme posts. There are random related apps and links.

Pokemon GO is Everything Wrong With Capitalism

How Pokemon GO Took Over the World

Spoiler: Pokemon Nostalgia and the game being released at the start of summer apparently.

Translation: It’ll do fine for years. Almost every time Michael Pachter’s said a game or system is doomed, he’s been wrong.

Apparently they should release some Mario, Zelda and Splatoon games on mobile based on the success of Pokemon GO, cause there’s a large potential audience that doesn’t own/want a Nintendo console.

A short look at the various bits of technology used to power the game and its online systems.

Spoilers: They use Google App Engine to host it, Libgdx as the app framework and Google Analytics to track the stats for it.

Pokemon GO Players are Waging War Over the White House

Apparently the White House is now a Pokemon GO gym, and players are constantly trying to win it for their team

There you have it….. pic.twitter.com/7cW143fjLe

There were worries that it requests too many permissions and gets too much access to your user data. But now they’re fixing the app so it doesn’t ask for all these permissions any more, which is good.

Pokemon GO Will Release in Other Regions Within Days

According to the Wall Street Journal anyway, via some sources they have affiliated with the game. So it seems like it should be coming to Europe, much of Asia, South America and other parts of the world fairly soon.

More interestingly, the article notes that most money from the app is generated by small purchases from many players. This is a noted contrast to most mobile games, where the money comes from a few big spenders (dubbed ‘whales’ by the industry).

The Tragedy of Pokemon GO

More complaints about sequels and marketing gimmicks, which is only tangentially related to Pokemon GO.

It’s outpacing Clash of Clans and many other popular apps too.

It’s gaining on the likes of Twitter even more quickly than before!

On both iOS and Android. Best of all, you don’t have to log back in if the server goes down while you’re playing. A very welcome improvement.

Pokemon GO Review at The Guardian

It’s not a good game, but it’s a great experience. Or in other words, fun to socialise with people and explore the neighbourhood, less so to actually play the game itself.

Because of the relatively small share Nintendo owns in Niantic, compared to the 30% cut Apple takes for in app purchases in app store games.

Seems like that complaint about Pokemon GO being ‘everything wrong with capitalism’ was completely wrong. It’s bringing a LOT of small businesses a fair amount of extra cash.

Seems that making a chat app for the game was a good idea; he’s gotten 1 million users in 5 days.

Unfortunately, he’s also losing a lot of money because he hasn’t monetised the app yet. And worries about annoying The Pokemon Company by doing so.

Yeah, this was kind of inevitable wasn’t it? Let’s see how hundreds of Twitch viewers play Pokemon GO at the same time! Just like they did with the main series games.

Word of advice: Watch where you step when playing this game.

In other words it’ll be updated every two weeks. Because sometimes, letting the auto correct screw up your Pokemon’s names is more funny than spelling them ‘correctly’. 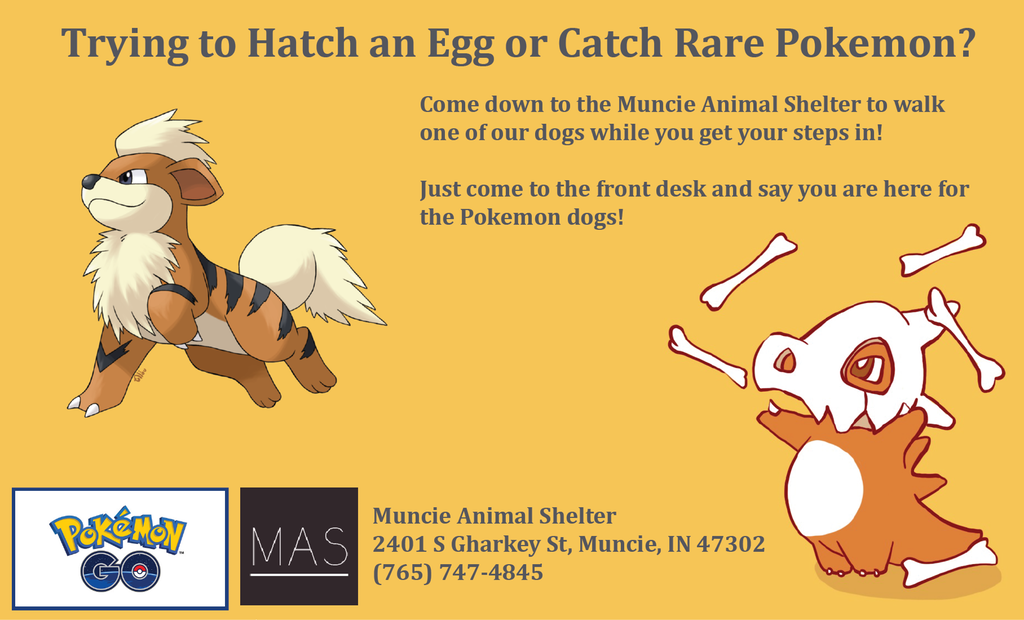 The Muncie Animal Shelter lets you walk one of their dogs while you get the ‘steps in’ for Pokemon GO.

‘Pokemon GO as a service’. Or in simple terms, a parody startup website which claims to take your phone for walks and catch Pokemon using the app.

In case you want to hide every reference to Pokemon GO you come across online.

Meet the Man Behind those Bullshit Pokemon GO Stories

Poynter interviews someone that runs a fake news site. Which has posted a bunch of fake stories about Pokemon GO.

Playing Pokemon GO? Here’s What You Could Find Outside

Seems like some people found a nice money making opportunity in the middle of all this Pokemon GO hype!

Some individual walked into a military base or something while looking for Pokemon, so they put up a warning on their Facebook page.

This Australian user called Singapore a ‘piece of s**t country’ because he couldn’t find any Pokemon there.

Sadly for him, the ensuing fire storm of drama and mass complaints cost him his job.

They’ll have one of their rangers guide you around the park while you’re looking for Pokemon in the game.

This is apparently a thing now. You know, for the people too lazy to go outside and look for Pokemon normally.

In case you get banned for location spoofing. Apparently you can’t use PokeStops, catch Pokemon, battle or claim a gym if you’re caught cheating.

The bans wear off in a few hours.

They’ve posted a picture of the game with the comment ‘get off the firing line, Pikachu!’

They don’t think it’s ‘appropriate’. Especially after people were catching Koffing near the Helena Rubinstein Auditorium (it displays testimonials of Jews who survived the gas chambers).

For all the people that want to be stay safe while playing Pokemon GO at night.

For those who want their team emblem on a T-Shirt. Wonder how long the Pokemon Company and Niantic will be fine with this one?

So that ends the round up. It’s not everything Pokemon GO related online, but it’s enough to keep you busy for a while.

But what did you think? Any stories here that interested you?

I don't know if its just my mind slipping after years of reading gaming news, but I seriously can not remember a game release much less an app release that got so much media attention and news, not even a new pokemon game generates this much news. Am I wrong or is this app just that much?