Is Pokemon GO Getting a Major Update in December? 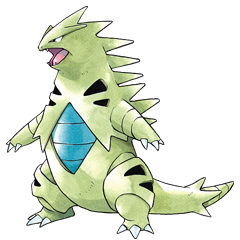 A while back, dataminers found evidence of generation 2 Pokemon in Pokemon GO.

However, what they didn’t find was how they’d be implemented in game. There were possibilities floated, sure. But the new Pokemon didn’t have models or animations set up, and there was hence no clue to when they’d actually be implemented.

Well, until now that is! Because according to a new rumour, it seems Pokemon GO is getting a big update in December!

And what’s more, it seems gen 2 Pokemon might well be part of it! This would then add 100 more Pokemon for players to catch, along with extra legendaries like the legendary bird trio, Mewtwo and Mew on top of that.

But that’s not all! Oh no, it seems extra features are also rumoured to be included too. These include player vs player battles, the ability to raise Pokemon and even trading between players! So yeah, the update would basically bring it up to the standards of a regular Pokemon game. In the most basic sense possible anyway.

That’s got to be good for most players. I mean, it’d certainly liven up the now stale experience a tad more.

However, it also raises a few questions. These include:

1. How are the new Pokemon implemented?

Because in theory, Pokemon GO doesn’t really have local species like the real games do. Instead, it just seems to generate anything and everything in one area. So has this been changed? Are Pokemon now local to certain parts of the world (outside of a few continent exclusives)?

Or are all 251 gonna show up at random? Cause that seems like it could get unwieldy very quickly.

2. What does ‘raising’ Pokemon mean?

Since the original article says it’s like Tamagotchi. Does that mean just walking around or caring for them makes more powerful? Or do we have a system where you can fight wild Pokemon to level up, like in the main series? Because to me, the latter seems a hell of a lot more fun.

3. And finally, will this make the game popular again?

Because I suspect at the end of the day, Pokemon GO is a seasonal game. It’s great in spring and summer, but kind of miserable in autumn and winter. So the question you have to ask yourself is whether new content will make it more popular again, or whether the resurgence will occur next year or so when the weather improves again.

But hey, those are things Niantic has probably worked out for themselves. For now though, let’s just look forward to the possibility of a far better Pokemon GO coming in the near future!