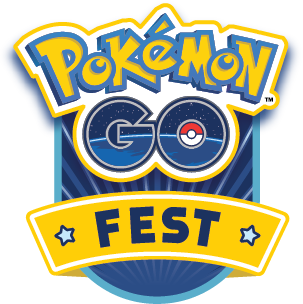 Recently, Niantic Labs held a Pokémon GO event called Pokémon GO Fest in Chicago. This event was supposed to bring players together, as well as allow them to take part in special raid battles for legendary Pokémon in the title. It was meant to be a celebration of the community. Of Pokémon GO’s successes and influence.

Unfortunately, it seems things haven’t gone according to plan. Indeed, according to various people who went there, Pokémon GO Fest has become a complete disaster.

Because the exact same bugs that caused players to lose interest in the game in general have affected the event. Except even worse than usual.

For instance, the sheer number of players in the park actually brought down many of the mobile networks. This is a problem given the game needs a mobile connection to run, and so the result meant a whole park full of players who couldn’t actually play Pokémon GO.

That’s pretty bad for an event dedicated specifically to playing Pokémon GO. It’s like if every games console crashed at E3 and couldn’t be fixed until the event ended. Or if your average tech conference had the Wi-Fi go down for the entire duration.

But it could have mitigated with some alternatives. After all, events aren’t usually just one thing. There are often shows and other goings on to keep people occupied.

However, Niantic didn’t do this. They didn’t plan for the system going down at all.

So not only was the game unplayable, but there was a complete lack of alternative things to do there as well. This in turn left a huge park worth of players standing around unable to do nothing while Niantic’s technicians desperately tried to salvage the situation.

Obviously, the players weren’t happy about this. And they took it out on Niantic CEO John Hanke as he walked on stage to introduce the event:

Yep, he got booed to all hell and back. In fact, later in the event people went further and started chanting “fix your game” at the poor guy in response to the disaster unfolding in front of that.

Add the insane lines (made worse by only one park entrance being opened), violence breaking out (yes really) and embarrassment as spoofers got better Pokémon by pretending to be at the event, and you had a trainwreck of epic proportions. Indeed, some may compare it to Dashcon in its sheer failure.

Still, at least Niantic did try and make it up for fans. They gave everyone who attended the event a free Lugia for the game, released legendaries for people to catch worldwide and offered refunds to other attendees. So it’s not like fans were ignored.

I JUST CAUGHT A #LUGIA & AN #ARTICUNO!!!! GO OUTSIDE!! THEY'RE HERE!! #PokemonGO #PokemonGOFest #legendarypokemon pic.twitter.com/flByB6uAm8

But it’s still a terrible showing none the less. I mean, you had a whole year to plan this out. It was advertised to hell and back as ‘the’ Pokémon GO event. There was zero excuse for all this poor organisation here.

Yet somehow Niantic screwed it all up. Kind of reminiscent of the game’s own situation isn’t it?

A brilliant idea wrecked by technical difficulties and incompetent management. But hey, what do you think?

Did you go to Pokémon GO Fest? If so, post your thoughts here or on social media today!