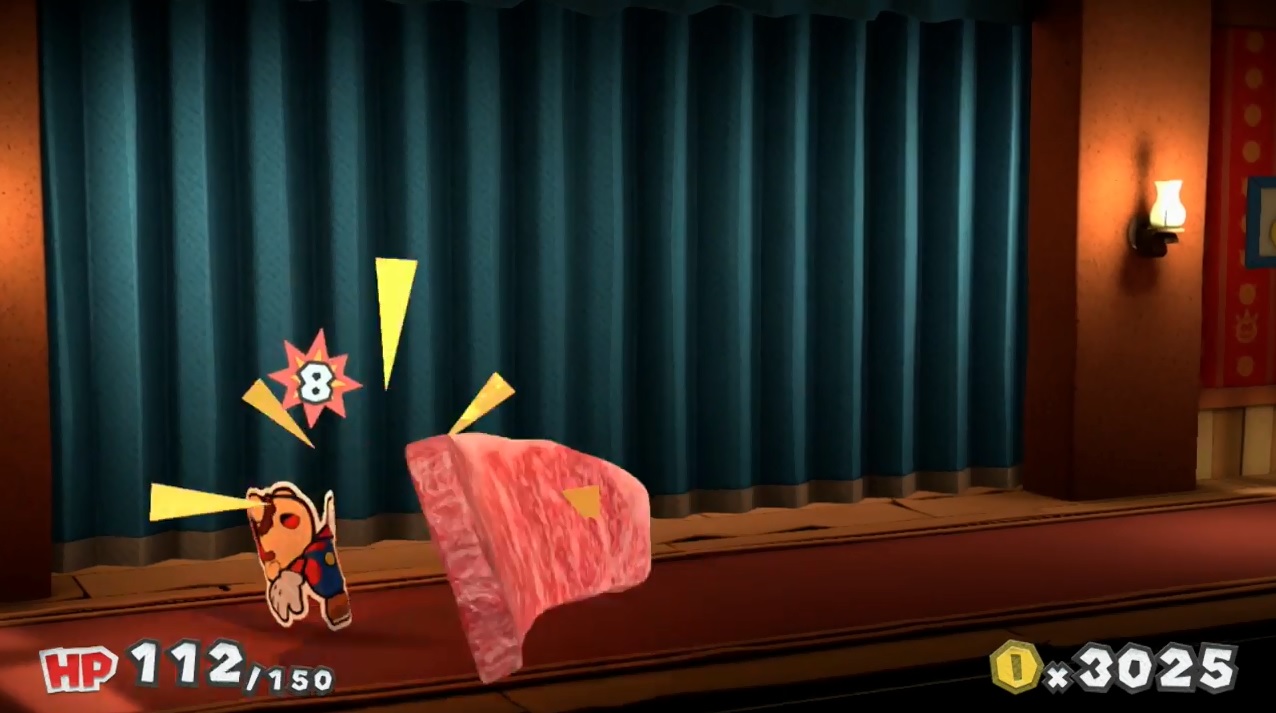 And it’s now got a new official website and a new trailer! Here’s the video:

Well, quite a few things really. Yes, it may lack the unique new characters from the rest of the series. But that doesn’t mean it’s not trying to be inventive! For example, how often do you see a piece of meat beating up Mario? 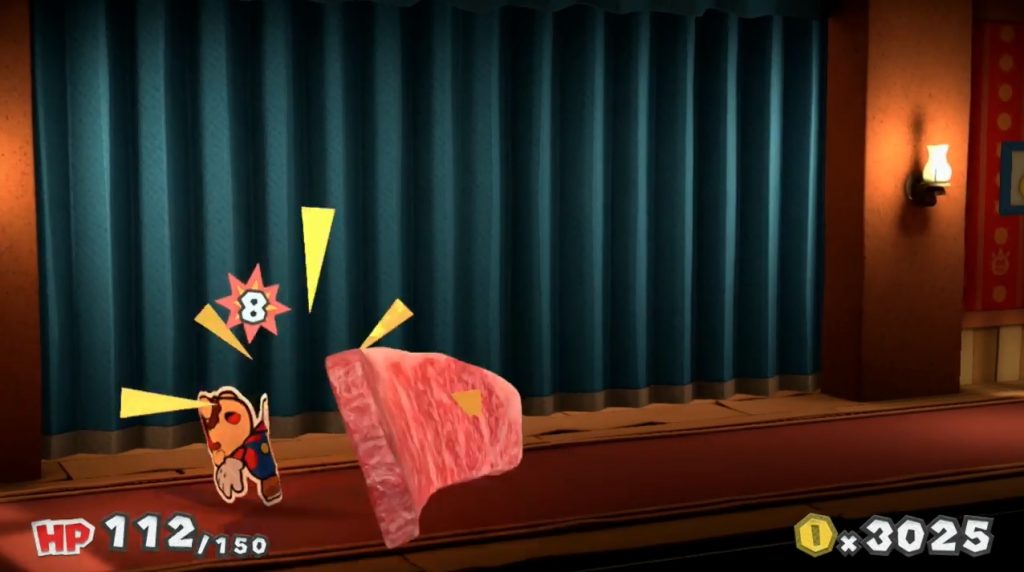 Or a bunch of Shy Guys trying (and likely soon failing) to ride a unicycle together? 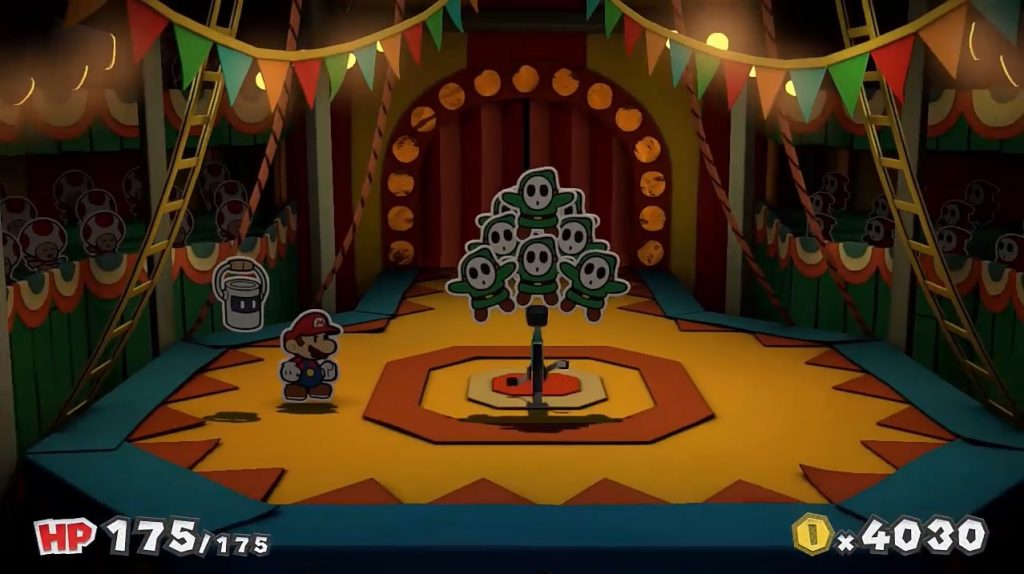 Because the videos have quite a bit of that stuff. Like this second trailer only released on the aforementioned official site:

And this compilation of video clips from the same place:

As you can see, they make the game a lot more interesting than it did at first glance. There are new locations with clever themes and ideas. Characters which have some semblance of a personality or design. Gimmicks (like the SMB 3 level you flip into 3D) that actually do look quite neat. 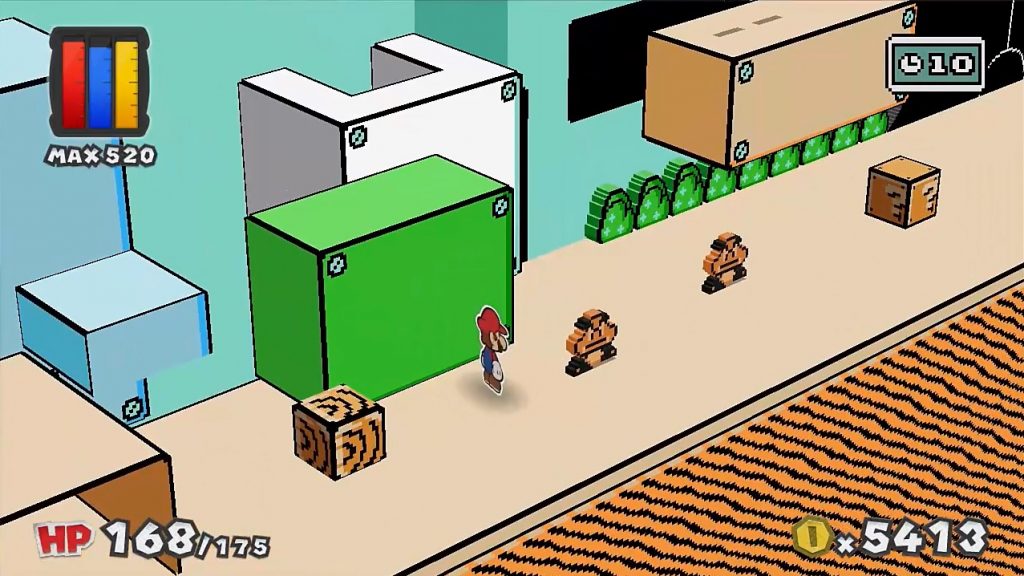 Basically, this is much closer to how a Paper Mario game should have looked. Interesting ideas, new locations, clever gameplay concepts… really, the only things missing at this point are a unique cast list and actual RPG battle mechanics to go with it.

In addition to this, we’ve also seen a few new Let’s Plays and videos of the game by famous (and not so famous) YouTube users. And unlike other videos of games before release (like those of Paper Jam), these show some intriguing ideas too. For example, the video below shows a rock/paper/scissors contest involving a special Toad with a semi unique design:

And this one shows a basic dojo where Mario can practice his skills against cardboard cut-outs:

So there’s definitely more to this game than its predecessor. It’s not just a once and done linear level select through the most basic parts of the Mushroom Kingdom. It’s an actual adventure with a plot and interesting areas to explore.

It’s just a shame that the title always seems to be holding back a bit because of those phantom character restrictions. Because if that wasn’t the case, we’d be looking at a fine sequel to the original Paper Mario games with all the stylistic improvements the Wii U can muster.

But hey, the game is what it is. Let’s hope the next game merges the ideas from this with the unique characters from previous titles, and makes Paper Mario great again!