If you’ve been reading the gaming news recently, you’ve probably seen all the articles about Valve’s failed ‘paid video game mods’ controversy.  Put simply, they added a feature to Steam that let video game modders charge for their work, and then caused such a split in public opinion that the feature was then canned after literally less than 24 hours.

But while this tale was an interesting one to read about, I’m going to come out and say it now:

I do not like the idea of paid video game mods.  And I really, really don’t see much good coming from being able to pay for fan made modifications of existing games.

But even with all that in mind, I don’t want to see paid modifications of video games.  Or for the modding scenes to go all ‘professional’ like some people seem to advocate.  Why?  Well, here are some reasons…

Firstly, have you seen how many great websites exist to share resources for game mods?  You’ve not only got general ones like Nexus Mods, but also game specific ones like various ones for Doom wads and others for games as obscure as Jurassic Park Trespasser.

Above: Yes, this actually exists.

Add in the ROM hacking and fan game scene sites, and that’s a lot of great free resources you can find after just a minute or two using Google.

But do you know why they’re so common?

Because people are involved for reasons involving a passion for the subject. Because the people involved in this scene want to help people, and with no money involved, do so by making it easier for other people to make their own games.

But what happens if the scene starts going paid?

Answer?  The potential loss of all these free tools and resources.  After all, why give out for free what you can sell for a large amount of money?  Or for that matter, why give out stuff free if people are only going to use it in paid releases and give you zero credit in the process?

The idea of paid mods disincentives people from sharing things like tools, models, textures and other resources for use within the modding scene.  And given that these things existing is one of the elements that makes such scenes so successful in the first place…

2. Many Great Mods aren’t ‘Above Board’

Another reason I don’t trust the idea of paid mods, is because it could theoretically stop the release of the super successful mods that are based around referencing other works.

For example, Skyrim had a Lord of the Rings mod, one that basically changed the entire setting to Middle Earth.  Think either the Tolkien estate or Warner Brothers gave permission for that?

Above: Many good examples

Or how about the old Doom wad based on Batman?  That was fantastic, yet it’d never be something you could release in a ‘paid’ environment.  The copyright and trademark lawyers would smash it to pieces within hours…

And the list goes on.  Super Smash Bros?  Has tons of custom characters, stages, songs and other things that the original owners likely never gave permission to include in the game.

And outside of those types of game mods, you get the ROM hacking world.  Brutal Mario is pretty much 99% crossover content:

So why is this a problem?  Why is it an issue to have ‘crossover’ mods and content if they’re not sold?

Because if other mods are sold, various legal issues could crop up about what the developers are responsible for.  If that leads people to believe they ‘encouraged’ the Lord of Rings mod for Skyrim, someone involved with the IP could go after the developer for it.  And then there’s the dangerous possibility that they could force ALL mods to be released only via some ‘official’ platform, which would then kill these mods off altogether.  Do we really want to lose all the great wish fulfilment crossover/total conversion game mods that are out there just so more minor stuff can sold for a couple of bucks?

3. Having Agencies and Corporations Involved Ruins the Fun

More precisely, it turns what was previously a community run effort into one dominated by large corporations and money addled startups and usually screws over the old timers in the process.

Need evidence of this?

Well, just look at what happened to gaming websites.  Back in the olden days, these were dominated by sites run by dedicated fans, who cared immensely about the communities they were part of and were willing to go the extra mile to create interesting, engaging content.  There were independents we could support in every niche.

And now?  The corporate types moved in.  Now what do we have?  Oh wait:

Boring people writing boring websites for a day job rather than because of an actual passion for the subject.

An endless array of carbon copy sites offering nothing original or new and reusing the same old generic themes from every ‘theme directory’ out there.

The community spirit of online forums and social networks replaced by a narcissistic obsession with cheap clicks and hitbait, often with an underlying feeling of hatred for the people that supposedly help the writers stay employed.

Example 1; the stupid ‘Gamers are dead’ articles from the GamerGate fiasco…

Is that the world we want to turn the modding world into?  To be honest, no it isn’t.

Heck, I didn’t want the world of gaming websites to become like that, it’s why I still support the Nintendo Independent Wiki Alliance and other fan run iniatives.

I don’t want the modding world to go the same way.  I don’t want to look for mods in a market filled with such exploitative crap.  I don’t want to see every modding site become dominated by agencies paying thousands instead of fans who’ve put years into making their dreams come true.  I don’t want to see such things as the inevitable ‘Zynga of game modding’ to come into existence, as in a large faceless corporation releasing cheap mods en masse as a way to try and wring money out of people who barely understand what they’re paying for.

And trust me, the above is what we’ll get if modding goes ‘paid’ or ‘professional’.   Heck, it already happens in the fan game scene, and that’s not even one you’re legally allowed to monetise.  There’s actually a whole Mario based company out there that literally hires a bunch of programmers from Eastern European regions and pays them a likely rather low wage to make cheap Mario fan games to distribute online.  Not naming names, but yeah, it happens. 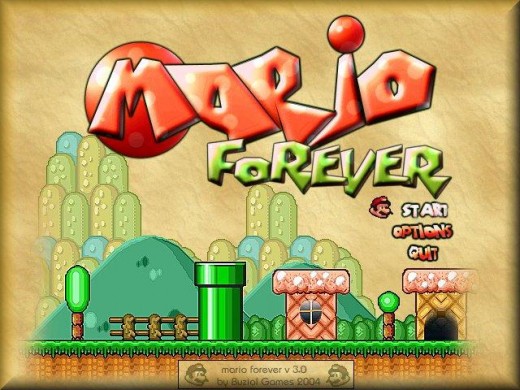 If modding goes paid, it will go from being rare to becoming depressingly common.

Do we really want to turn the modding community into a microcosm of the larger video game industry? Another place for the EAs and Zynga’s and who knows what else to treat mods as a never ending revenue stream?  No, not really.

Either way, we do not want to see video game mods turned into a paid industry.  We don’t want to see all the crossover content and total conversion mods lost to a world where only ‘safe’ DLC like content is made by the fans. And we certainly don’t want to see the resource sites wrecked by narcissim and corporate greed.

But those are our thoughts on the matter.  Do you want paid video game mods?  Is the possibility of selling mods something that actually appeals to you?  Or it is yet another way the industry could ruin a previous great community of fans just wanting to help people for free?