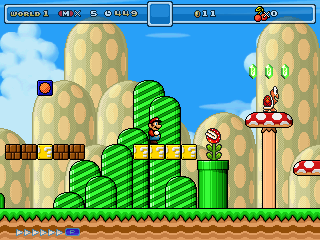 Well, it seems like history is repeating itself.  Because as of today, Mushroom Kingdom Fusion (Revival) is pretty much officially confirmed a dead project, for a second time. 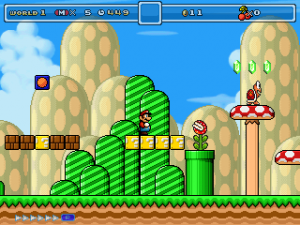 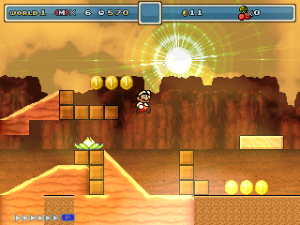 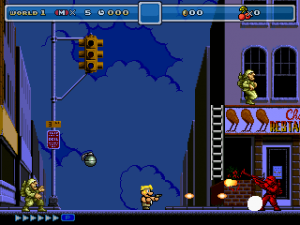 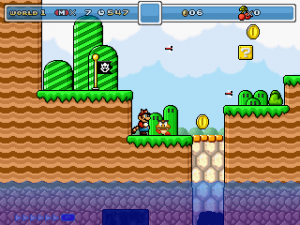 Above: Some screenshots of Mushroom Kingdom Fusion Revival.

This is because Feguelion (main programmer and designer for the rebooted version of the game) has officially quit developing the game.  Here’s his last announcement on Fusion Gameworks:

I have decided to retire from active Mushroom Kingdom Fusion: Revival development.

As you know, the community has become much less active than it used to be, and I haven’t got news from most of my contributors in a while. This means I was the only active developer in the coding and level porting departments. I am obviously aware that finishing this project is not possible for a single person in these departments. I have also recently started to lose motivation, and I wish to move onto a new original project because of this and also to have more fun working on it.
While this community mostly enjoyed the project, it is not the case on the outside, as I heard some people think reviving MKF is pointless, and that SMF:R is already a good subdued version of it, though I’m aware that SMF:R is more of a recreation of the original concept.

Hopefully in the future other people may pick up this project and continue where it left off, I have released the latest source revision, as well as the source of the Megaman engine WreckingPrograms was developing. They can both be found in the MKF:R source thread.

I realize that I’ve made a mistake, that is not planning the project correctly. I should have tried to gather a team earlier to prevent such scenario from happening. However I don’t regret making this mistake, not only because I can learn from it, but also because thanks to this project I have met some nice people with whom I became close friends.

I hope you will understand my choice, and hopefully I can share my next projects here.

Will anyone continue the project?  To be honest, I’m doubtful.  No one at Fusion Gameworks has shown any interest in picking it up (especially not original developer JudgeSpear or the other Mario Fusion Revival developers), so it’s likely the project is going to be abandoned for (at least) a very, very long time.

RIP Mushroom Kingdom Fusion.  It was bad enough when you were cancelled the first time around, but now it seems like there’s no hope left at all. Perhaps this old ‘mega crossover’ concept was just too ambitious for a hobbyist made fan game. Maybe fan games just don’t draw the development teams and resources they used to. Or perhaps it’s just fate that large scale fan works tend to remain unfinished for eternity. Either way, maybe someone here might be interested in continuing it at some point.

Or maybe this is simply it for the game in general.