No, that IDMB ‘Info’ About the Chorus Kids in Super Smash Bros Ultimate is Not True 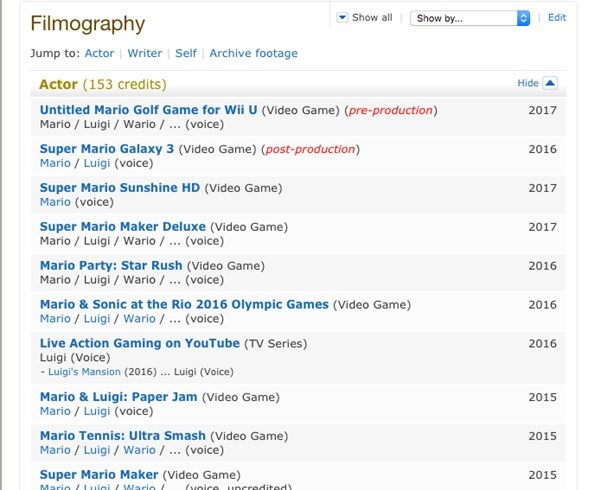 Earlier today, an interesting piece of ‘data’ was posted on IMDB. This piece of data claimed that the Chorus Kids from Rhythm Heaven were going to be in Super Smash Bros Ultimate, with Daniel Algeria being listed as their voice actor for said game.

This in turn quickly got picked up by various news sites, with ones like Nintendo Life and Inverse jumping on the bandwagon after seeing the addition.

However, here’s the thing about the whole story. The one big thing you need to keep in mind about IMDB and their video game pages as a whole:

They’re not very reliable at all.

And that means much of the ‘information’ there (especially regarding upcoming video games) is questionable to say the least. For example, do you know what else IMDB said was going to happen regarding the Mario series?

Yeah, that obviously never happened. Likely because hey, it was a random fanboy’s wishlist rather than anything remotely resembling a real story or fact.

And IMDB has a huge history of these mistakes and fanboy wishlist edits too. They said Charles Martinet would be voicing Mario in Wreck it Ralph 2. They said Professor Layton’s voice actor would be voicing him in Super Smash Bros 4. Hell, they even had someone edit the page for Spyro Reignited Trilogy to say that Sonic the Hedgehog would be a character in the game. Somehow. 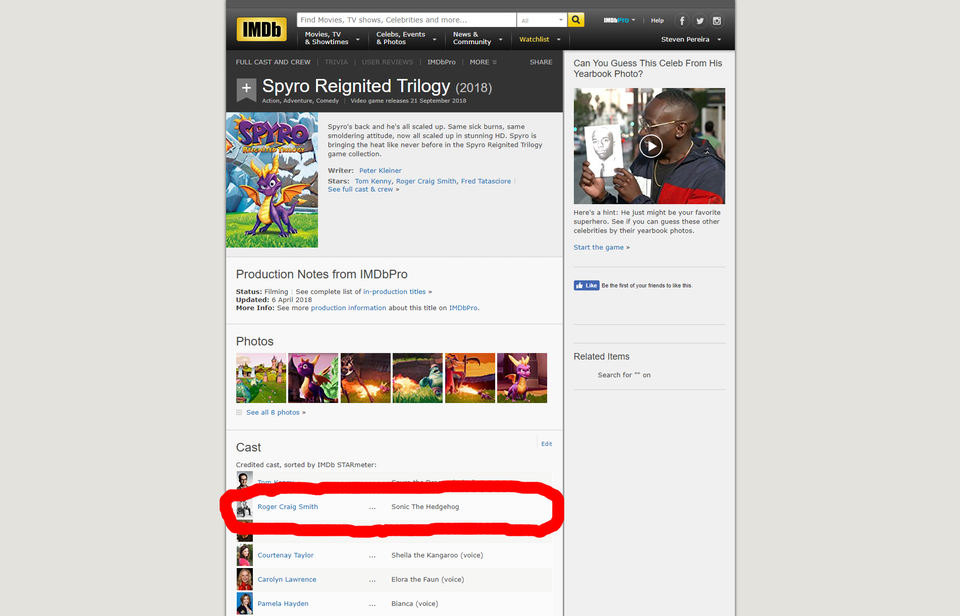 So, before you write that article about this latest ‘rumour’, stop and ask yourself a few questions.

Firstly, are you sure this is worth writing about? Because if it’s as inaccurate as most text-based rumours/claims online are, then the answer is likely no. As Source Gaming says, text rumours are almost always false.

If you’re still interested after that, move onto the second question. Namely, is there a source listed for this rumour? Or hell, just anyone else online backing it up in any way?

If not, again it’s likely bullshit. Random people (and websites’) claims online should not be taken seriously.

Finally (and here’s the big one), ask yourself whether you’d still be writing this story if it was found on Reddit, 4Chan, Wikipedia or any website with user contributed content.

Cause if not… well why the hell are you taking IMDB seriously anyway? They’ve proven time and time again that they know nothing about video games, let any old random fan edit in false information and fail to verify anything video game related added to their database.

So, calm down, relax and ignore this non-story. Cause like every other questionable piece of trivia found on IMDB before it, it’s almost certainly false and points to nothing more than a random fan’s speculation.