No Man’s Sky Gets Foundation Update 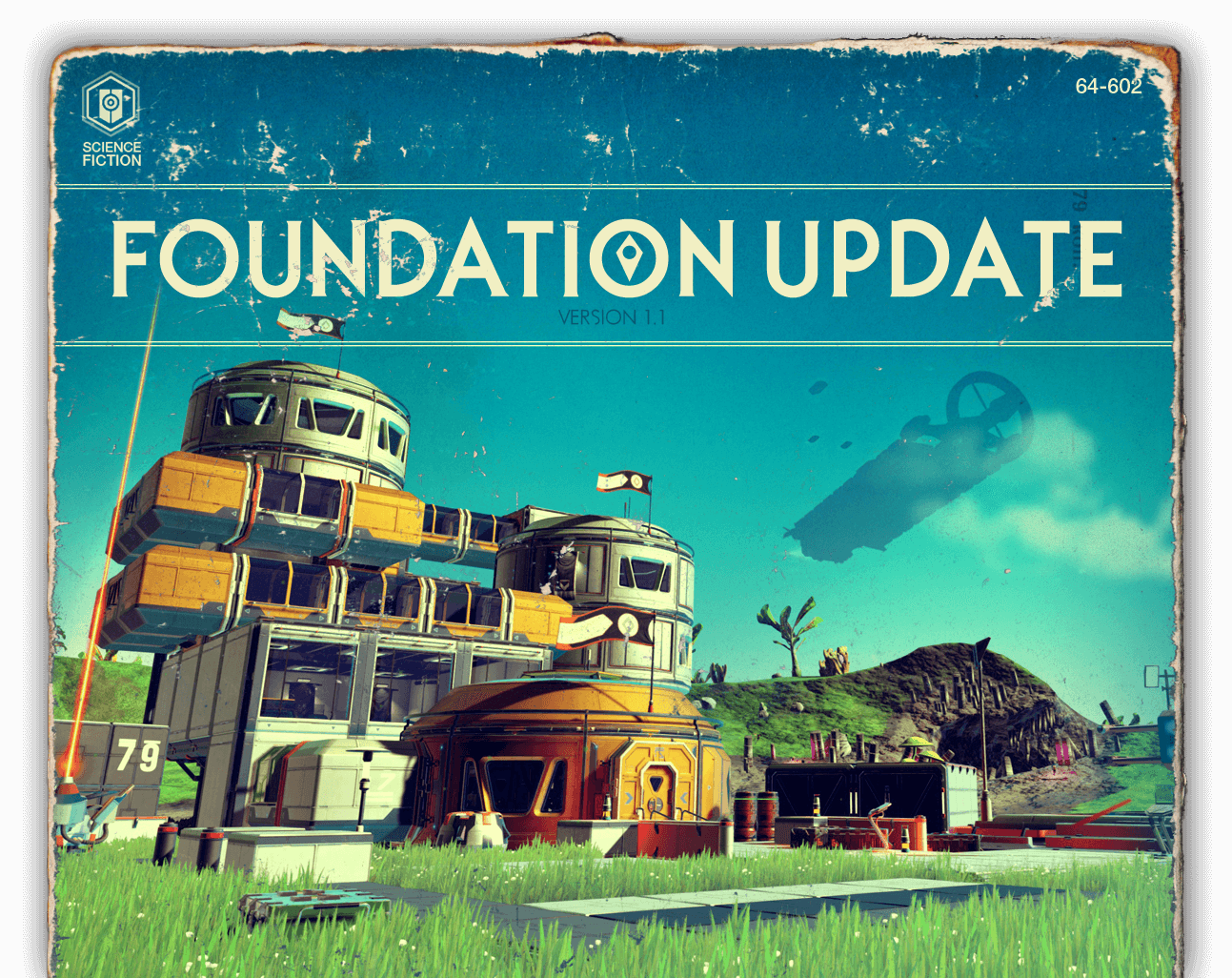 Because it seems the worst communicators in the entire industry are now talking to their customers again! First we had Niantic Labs start updating Pokemon GO on a regular basis…

And now, it seems Hello Games is doing the same thing with No Man’s Sky! Because earlier today, they released the ‘Foundation’ update for the game. This adds an interesting new feature called base building the game, where players can ‘claim’ a planet for their own by finding an uninhabited base and then customise it with in game resources.

That’s not all. Oh no, you can also now recruit alien life forms from space stations to work there, build teleporters between your base and said space stations, and then later dismantle it to build a new base elsewhere. It’s a huge feature addition that adds a lot to the game.

They’ve also added difficulty modes too. Like a Minecraft style Creative Mode which lets you explore with no limits on health or resources. Or a Survival mode that makes it more challenging (with less resources, more aggressive enemies and extra hazards).

Either way, here’s a trailer showing all this stuff in action:

So yeah, it’s a good start. I mean, it certainly gives the game more depth, and makes it come across as a complete experience rather than an empty shell.

However, you do have to ask yourself one important question.

Because No Man’s Sky, was released in a terrible state at launch. We had hardly any of the promised features. Multiplayer was non existent. The Advertising Standards Authority investigated the game for misleading marketing.

And Hello Games didn’t communicate with anyone at all. It’s like they thought ‘well, that’s done’ and walked off into the sunset.

So why only now are we getting this stuff?

Why did it take months for Hello Games to do anything to update their trainwreck of a game?

A foundation is supposed to be the first thing you have ready for your game, not an addition months after its launch. It’s great we’re getting it, it just feels like Hello Games are releasing the update as an act of desperation.

Still, at least something’s happening now. Let’s see if it’s enough to save No Man’s Sky!

Oh cool!  I have a pirated version of this game, but I'd like to officially buy it so I can get updates and upload my discoveries. 🙂