Nintendo’s Pushing for More ‘Adult’ Games on the Nintendo Switch 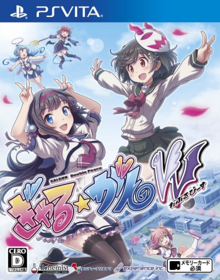 Ever since the days of the NES, Nintendo has always maintained an image as the ‘family friendly’ console maker. Created in part due to their efforts to censor video games for the NES and SNES to avoid sexual or religious content, this image has continued to plague Nintendo throughout every generation since, with its affects being one of the reasons the N64 and GameCube struggled against the PlayStation and Xbox.

And unfortunately for Nintendo, this image seemingly resisted all attempts to change it since. They released more adult orientated games in the late GameCube era, with titles like Eternal Darkness aiming to appeal to older games.

They tried to work with third party developers to bring more adult games to their systems, like Bayonetta 2, ZombiU and Watch Dogs.

That didn’t work either. Despite their efforts, the idea of Nintendo as the ‘kiddy’ option stuck. As a result, their reputation was hurt more and more throughout the SNES, N64 and GameCube era.

But it seems the company may be making another push to shake things up here.

Why? Because according to an interesting article in the Wall Street Journal, it seems Nintendo is actively working to get more adult orientated third-party games heading to their systems!

What’s more, this isn’t just a few partnerships either. Oh no, they’re actually approaching developers about bringing more adult orientated games to the Switch too. For example, while Inti Creates CEO Takuya Aizu thought Gal*Gun 2 might be too ‘risky’ for the system, Nintendo’s actually shown an active interest in bringing it over.

And they’re not the only ones. Nope, quite a few developers have said Nintendo is encouraging them to release their more risqué or violent games on the Switch now too. Indeed, as one executive said, Nintendo doesn’t just tolerate such games any more. Instead, they actively encourage them.

Which is a very interesting change of heart for the company. Remember, Nintendo originally censored Mortal Kombat. They tried to bury Bad Fur Day, pulling their publishing deal outside the US.

And in the bad old days… They even argued against violent games to a government committee.

They’re a company which used to be all about the family friendly side of things.

But now they’ve changed their mind. Why?

Well, it’s all entirely logical really. Remember, violent games aren’t a tiny minority of the market any more. Instead, they’re a huge part of it, with popular M rated titles like the GTA series and Call of Duty series selling many millions of copies apiece.

Which in turn means the whole ‘think of the children’ attitude towards gaming has become completely irrelevant. Nintendo’s previous adherence to the idea didn’t help them. It acted like an anchor around the company’s neck.

And so they’ve changed their plans to accomodate. Or in a nutshell, realised that different games are for different audiences. The gritty World War 2 military FPS and the cutesey Kirby platformer can both co-exist on the same system, and don’t affect each other’s popularity or reputation in the slightest.

They’ve also remembered the Switch has a parental controls app too. That’s important because it means parents can choose what their kids are allowed to play themselves. Cause at the end of the day, that’s really what matters here. A company or government shouldn’t choose what’s appropriate. Families and individuals should.

So congrats Nintendo. You’ve finally joined the 21st century, and realised that encouraging games for all audiences is a good thing.

Let’s hope it pays off for the Nintendo Switch!