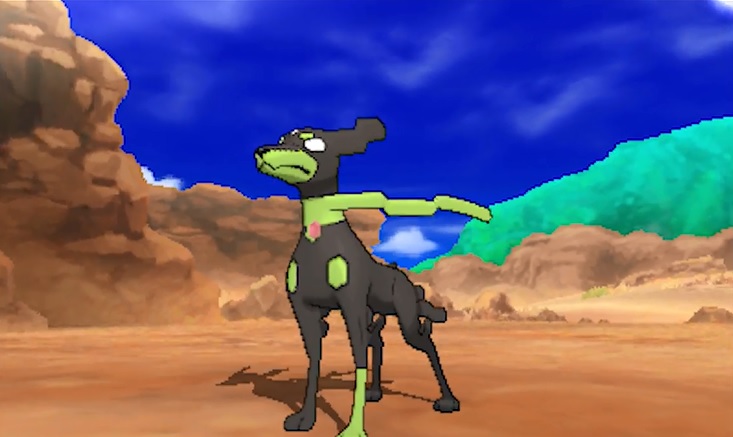 Apparently Zygarde’s new attack in the trailer is called Core Enforcer, so we’ve updated the post. A new trailer was also posted on the English pokemon channels, so we added that in too.

Yes, we’re writing another post about Zygarde and its appearance in Pokemon Sun and Moon.

Because just after we posted the news article about its appearance in the games, we got alerted to some better quality trailers uploaded to the Japanese Pokemon Youtube channels! Here’s the one for Zygarde 10% forme:

And the one for the Complete Forme:

There’s also a new English trailer showing both the formes in one video. That can be seen here:

Pretty awesome aren’t they? And oh boy, that Core Enforcer move is really freaking powerful too. I mean, the Complete Forme utterly wastes that poor Garchomp it’s going up against, doesn’t it? One hit and a pseudo legendary gets wiped out immediately. That’s scary!

Either way, that’s the first official footage of Zygarde’s 10% and Complete Formes in Pokemon Sun and Moon. Hopefully it proves old Zygarde will be far better in those games than it was back in X and Y, right? I mean, these formes are doing enough damage to Metagross and Garchomp to make much of the OU metagame worried!

What do you think of the formes, now you’ve seen them in high quality trailers like this?