Yuji Naka Wanted Mario and Sonic In An Action Game Together 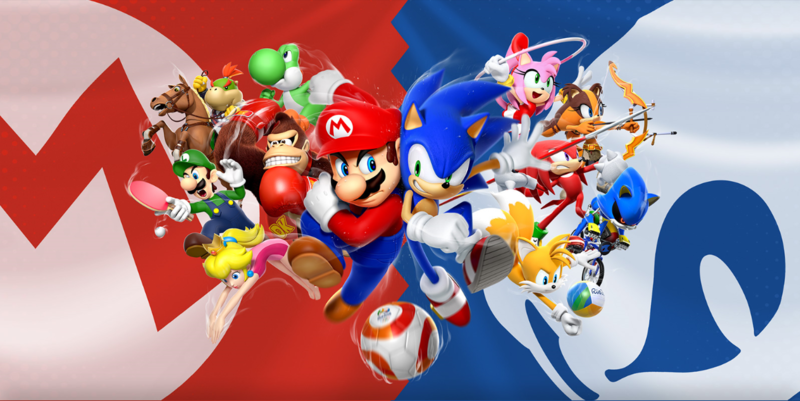 Do you ever wish Mario and Sonic could appear in an action game together? Like say, a 2D or 3D platformer? Something more than an Olympics tie in game?

Because if so, it seems you’re in good company. According to a recent Famitsu interview with Yuji Naka, he’s quoted as saying he wanted Mario and Sonic to co-star in an action game. Here’s his comment about it:

Naka: “Actually, I wanted Mario [and Sonic] to appear together, so one time I went to give Miyamoto-san a presentation on how I want to create an action game which is co-starred by Mario and Sonic. It was in the GameCube days, and I took around four planners with me. It is a pity that the discussion was ‘clearly it isn’t necessary for Mario and Sonic to co-star in an action [game]’ and it didn’t become a reality, but SEGA was able to get the license for the Olympics just at that time, so in order to make the best use of the license, companion characters appeared together. A little later Sonic appeared in Super Smash Bros. Brawl. However, this too came into reality because I requested from Sakurai-san, ‘I want Sonic to appear [in Smash Bros.]’. The Olympics is a bit different from my wish, but I think it’s a good thing that children around the world are happy about them co-starring. But someday I want to realize an action [game] together with Mario. I think I’m going to give another presentation so that Takashi [Iizuka] finds the necessity [of a Mario & Sonic action game] (laughs).

Unfortunately, the discussion didn’t quite work out that way. Eventually, the discussion had someone say ‘clearly it isn’t necessary for Mario and Sonic to co-star in an action game’, and the idea was dropped. In it’s place? The ‘good’ old Mario & Sonic titles where they take part in the Olympic Games. Not terrible, but disappointing regardless.

Not the Mario and Sonic crossover we want…

Still, the possibility of Mario and Sonic in an action game together was there at one point. And well, it would have beem a much more interesting title than the Olympics tie ins too. I mean, can you imagine a platformer by the Mario Galaxy team with this concept? Or a 16 bit throwback to each franchise’s glory days? Sonic Mania meets Super Mario Bros 5 would be amazing!*

But it’s not happening now. Instead, only the Subspace Emissary and fan projects (like Mushroom Kingdom Fusion) can offer a taste of this dream title.

Still, what do you think? Would you want Mario and Sonic to star in an action game together? And what would it ideally be like?

Seriously? Everyone wants to see them in an action game together and you say no? That's what people have wanted since the GC era and maybe even before that. These Olympic Games games aren't even good. They don't have any story and it's just a bunch of mini games. At least WarioWare had a little bit of a story. It was a lazy story, but it was something. I've only played the first one and I hated it. I felt like Mario and Sonic had little to no interaction in the whole game. Yeah, they were both there, but they… Read more »

For some reason, whenever a Nintendo property crosses over with something else it's always something weird like sports or board games or idols.