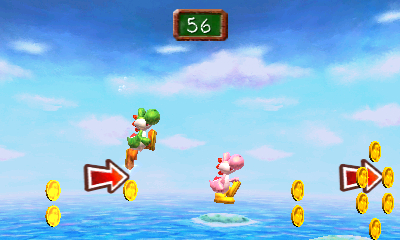 They mostly show content found in the videos posted here earlier today, but they’re pretty nice looking regardless. So head inside if you want to see a whole bunch more screenshots and pieces of artwork of this upcoming game…

Let’s start with the artwork.  It’s mostly shows Yoshi in his vehicle forms, and was previously posted on their Twitter feed: 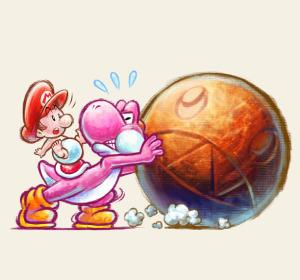 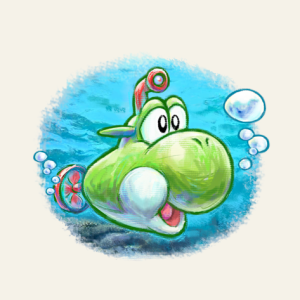 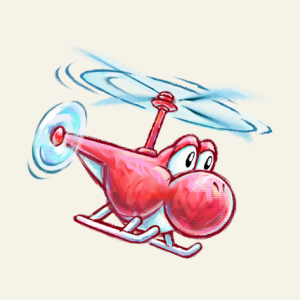 As you can see, the art style used for this game’s official art is actually pretty nice, to the point it captures the feel of the original game rather well.

Next up, the screenshots: 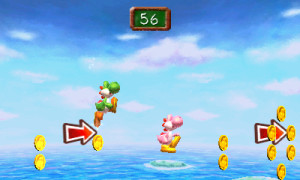 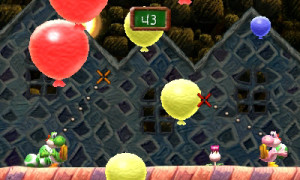 And here’s the other previously mentioned mini game.  Here, the two Yoshis have to try and burst as many balloons as possible. 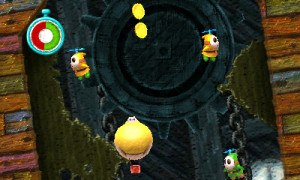 The new Yoshi Balloon transformation.  As per the norm in a lot of 3DS games, it’s controlled via the gyro controls (a double edged sword if I say so myself).

On a side note, does anyone else notice the rather neat ‘mechanical’ themes in these castle levels? I mean, the video of the first world’s castle had various moving chains and metallic parts too, which indicates that Arzest is going for a rather more mechanical feel for their tower/castle levels. 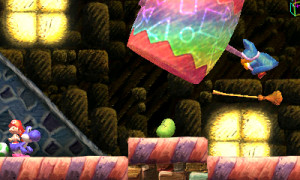 Kamek transforming the evil bean thing with a giant magical mallet.  Well, I guess that’s a unique way to power up enemies, hit them over the head with an enormous hammer. 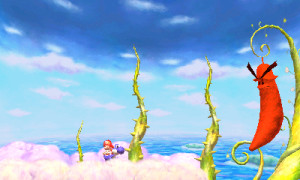 Yoshi fights the evil bean monster in the first world’s castle.  Given that he’s turned red, it’s probably best to assume the battle is nearly over and the boss has gotten more fearsome. 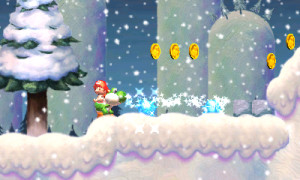 Yoshi uses the power of an Ice Melon to freeze his enemies. Oh hey, these things return again!  God I missed the melons and their powers in Yoshi’s Island DS… 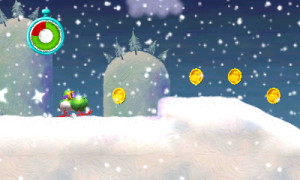 Yoshi goes skiing.  Interesting how not only is the skiing form a transformation now, but the design has been changed so Yoshi looks more like a snowmobile than a skiier. 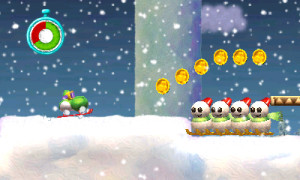 Jumping over some Dr Freezegood (Yoshi’s Island snowman enemies) in a skiing section.  There’s quite a lot of them here, isn’t there?

And that rounds off our next batch of Yoshi’s New Island screenshots and artwork.  Is it enough to make anyone here want to buy the game?

I am so excited for this