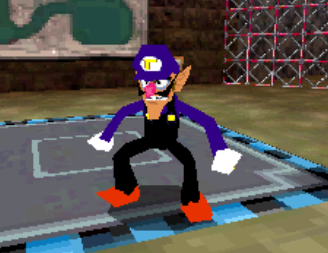 Back in 2004 when Super Mario 64 DS was released, there was a rumour going around that Waluigi would be a playable character in the game, like how people thought Luigi was hidden away in the original Super Mario 64. As most Nintendo fans know, this rumour turned out to be fake. 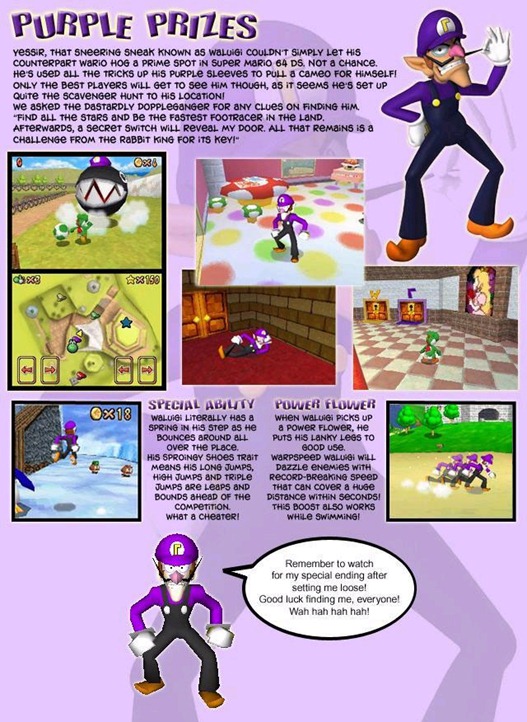 Above: Even if ‘Purple Prizes’ did look moderately convincing

But now, more than 10 years after the game was initially released, it’s finally become possible to play as Waluigi in Super Mario 64 DS. Behold, Waluigi in all his playable glory, courtesy of Russmarrs2 from Kuribo64.net:

Admittedly, it’s not a perfect mod. For one thing, Luigi’s evil twin replaces Mario in this version, which means that he gets Mario’s abilities rather than the super speed promised in the rumours. And the model… it’s good, and it’s definitely in the right style for the game, but it’s not quite as polished as one in the fake screenshots.

Still, it seems like we can finally put the Waluigi rumours for the game to rest, and let fans of the dastardly plumber clone finally play as their anti hero in Super Mario 64 DS.