Or as the Twitter hashtag going around now says, #KrockTheVote.  Yes, it’s not even a single day past the previous Nintendo Direct, and we’ve already got a presidential style campaign about King K Rool getting in as a DLC in Super Smash Bros.  Here are some… pretty cool highlights: 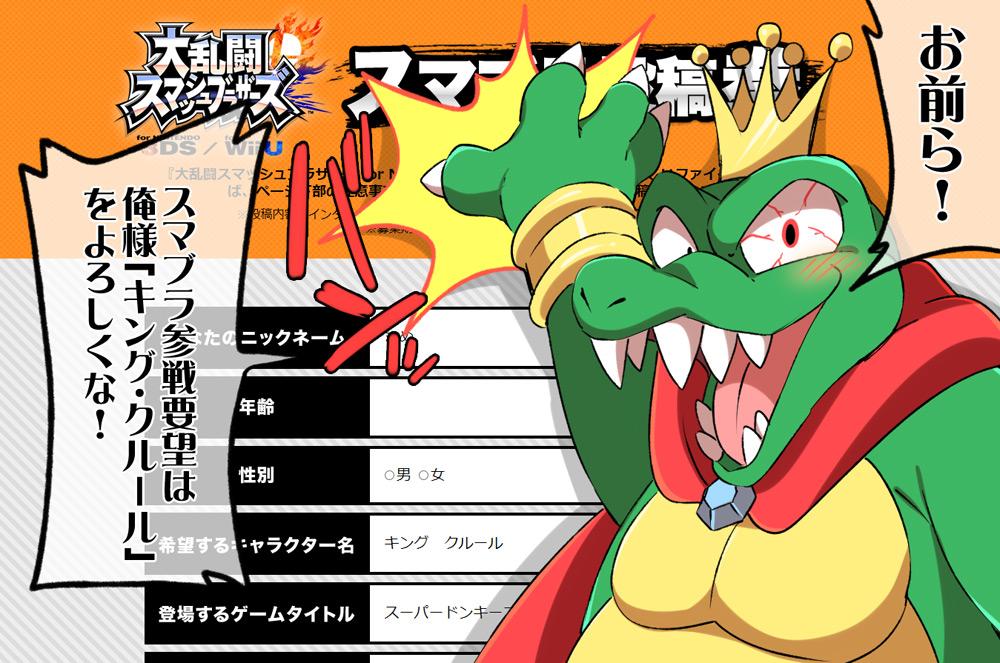 A Japanese picture going around showing support for K Rool in Super Smash Bros. https://www.youtube.com/watch?v=ZhPhoKiEiC0 An amusing campaign video from a user on DK Vine, featuring a fictional leader of a military dictatorship backing the K Rool for Smash Bros campaign.

And finally, an English version of the Japanese picture. So yes people. Vote for K Rool in Super Smash Bros 4! Get us the DLC newcomer we truly deserve, and a Smash Bros game to remember! Cast your vote for King K Rool here: https://cp.nintendo.co.jp/en-uk/

He was the first one I voted for! Along with KKR, I voted Tom Nook and Ice Climbers. Will probably vote about 50 more characters though ._.