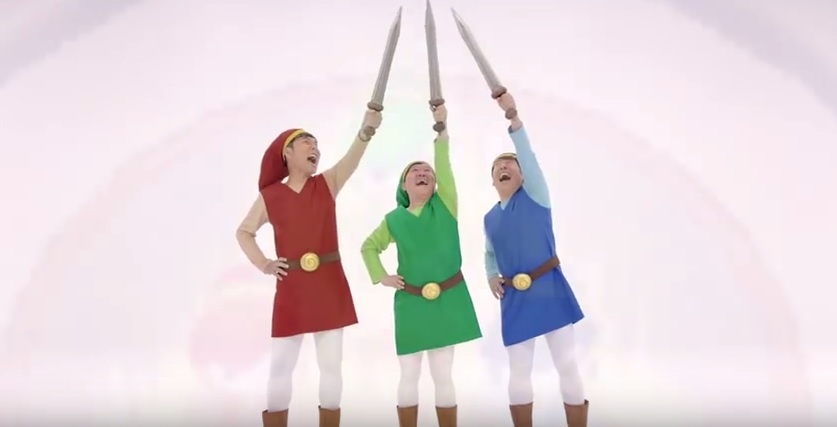 From all parts of the world too!  So here they are, here are some of the new TV commercials and trailers Nintendo is releasing to advertise the game in various regions.  Let’s start with the Japanese ones, which seem to continue the weird trend of having random people act out video games in a ‘comical’ fashion:

There’s also a more serious video, where Eiji Aonuma himself talks about the gameplay and shows how everything works:

It’s nice to see a game designer and producer talk about a game like this, though perhaps it’d be better if Nintendo actually translated the video and posted it on their worldwide Youtube accounts as well.

On a more serious note, the UK commercials and trailers are surprisingly awesome:

Just showing the game in action?  Not having annoying kids and actors talking over it and acting like everything’s the ‘best game ever’?  It’s like Nintendo UK finally realised that the Cartoon Network demographic wasn’t their only one.  Or that trying to advertise directly to kids just annoyed them and stopped them caring about Nintendo’s games due to the perceived immaturity of the adverts.

Either way, those are the latest adverts for the game.  Do you think the Legend of Zelda Tri Force heroes looks like a game you care about based on them?  Is it the kind of game that’s actually likely to sell?

Post your thoughts on this (and more) over at the Gaming Reinvented forums today!