The Legend of Zelda Tri Force Heroes May be Getting DLC 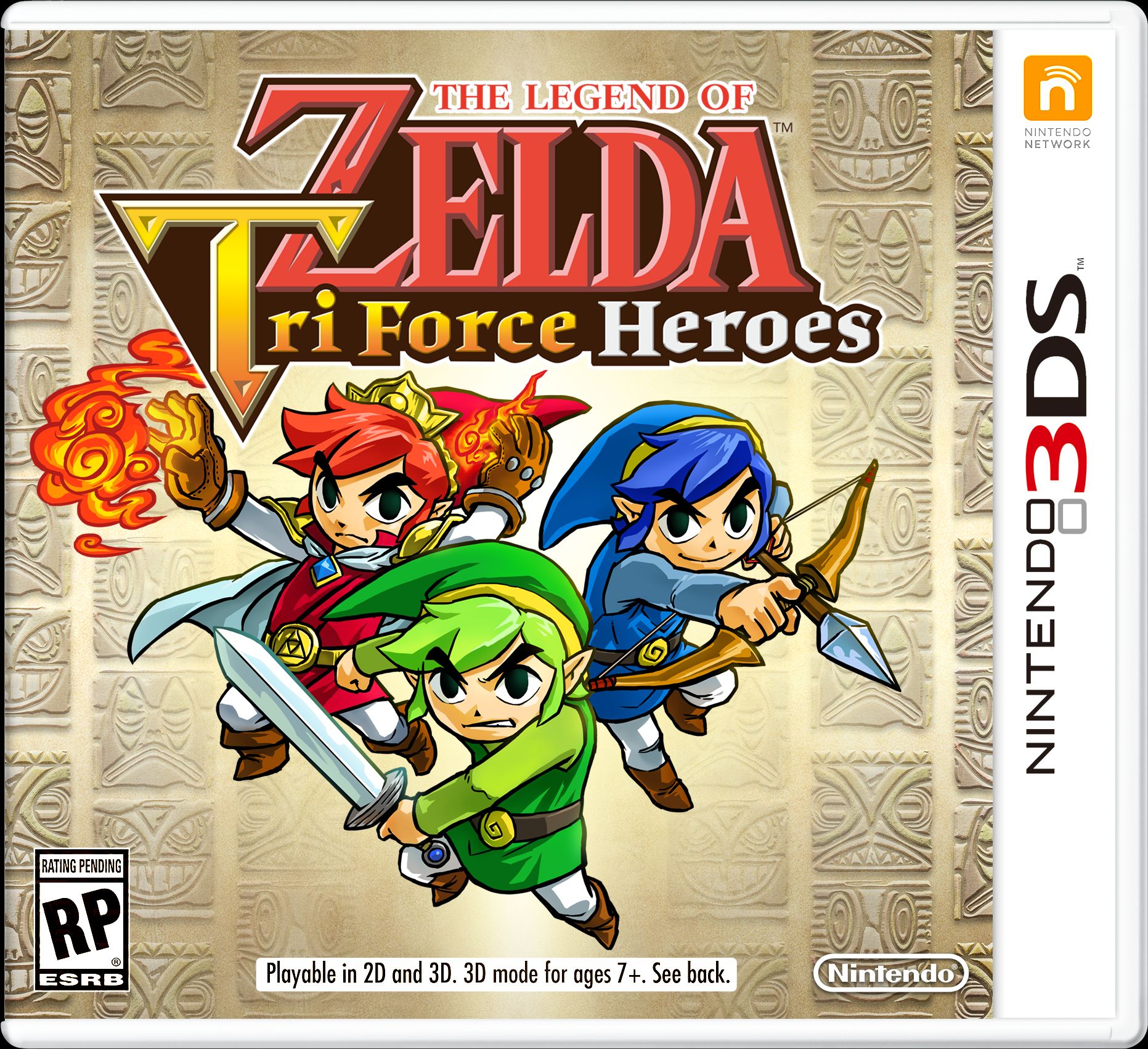 DLC has been common (and almost expected) in the last couple of major Nintendo games. From New Super Mario Bros U to Mario Kart 8 and Super Smash Bros 4, just about every major Nintendo title you can think of on the Wii U (and many of the later ones on the 3DS) have received additional content like levels in and characters in the form of downloadable content.

And now, after a bit of data mining, it seems like proof has been found that The Legend of Zelda Tri Force Heroes will be getting some as well. Here’s some of the text taken from the game’s card, which strongly implies the presence of DLC after a few future updates:

Ooh, hey, uh… Have you heard?
They found a new area there… I bet
you’re, um, itching to explore it, right?

Me, I’m, uh, curious… What kinda area
is it, you know? Has it got this, or
is it more like, um…that?
I’m kinda excited…
It’s pretty, um…thrilling?

It looks like they’ve, ah…discovered
a new, um…area there somewhere…
Have you heard?

Uh-huh, so not even the little, ah,
hero dude knows, eh?

I’m, uh, really curious… What kinda
area is it, you know? Is it like this,
or is it more like, um…that?
I’m kinda excited…
It’s pretty, um…thrilling.

I’m kinda curious, myself… I heard
it’s got, uhh… I hear it’s got a bit of
this, and a little of, ah…that…
I’m kinda excited…
It’s pretty, um…thrilling.

You’ll have to pay to, ah…access the
new areas…

On the other hand, the latest update
is free, so… You, uh, you wanna
download that update, buddy?

Looks like you haven’t, uh…got the
latest update yet… You’ll need it to
go to the new areas in the Drablands.

Then I’ll, um, close your game and
take you to Nintendo eShop.

I’ll save your game before we go,
buddy. Is that, ah, okay with you?

Okay then… Lemme take you to
Nintendo eShop… Let’s roll!

Right on, little hero buddy.
I’ll just, ah, hang around here then,
shall I? Such nice weather here…

Oh, what…? Looks like you, um…
You’ve already got the newest
Drablands data, bud…
I wish I could go, too…

In the meantime, I, uh… I’ll hang out
on Miiverse, so, ah… Post me some
Drablands snaps, will ya, buddy…?
Enjoy life!
Enjoy the Drablands!

Okay, let’s get real now. A new area of
the Drablands is now available for
purchase from Nintendo eShop.
Would you like to go to Nintendo
eShop to get more information?

Okay, let’s get real now. There’s one
more area of the Drablands available
for purchase from Nintendo eShop.
Would you like to go to Nintendo
eShop to get more information?

Okay, let’s get real now. New areas of
the Drablands are now available for
purchase from Nintendo eShop.
Would you like to go to Nintendo
eShop to get more information?

To play the add-on content, a
software update is required. Close
the software and download the latest
update from Nintendo eShop?

You can’t go to Nintendo eShop
if you don’t, ah, save first, buddy.

Well, let ol’ Trip know when you
change your mind, all right?

That’s pretty conclusive if you ask us. Talk of the eShop, discussion of levels you can pay to access, mention of software updates… it’s pretty clear Nintendo has some plans for this game in the near future, and that they intend to sell extra levels and costumes to those willing to pay for them. To add onto this, six blank entries in the costume list are named from ‘sys_costume_dlc_02’ to ‘sys_costume_dlc_06’.

So we’ll probably be getting DLC for Tri Force Heroes. But what do you think? Are you planning to buy any extra levels or costumes for this game?