Oh come on.  You knew this was happening, right?  It’s been hinted at by ever ‘rumour’ and ‘leak’ for the last three years or so.

But now, it’s finally been confirmed.  Majora’s Mask 3D is coming to the 3DS, in Spring 2015.  Here are some pictures and videos showing the game in action…

As well as the brand new special edition, complete with fancy poster and box: 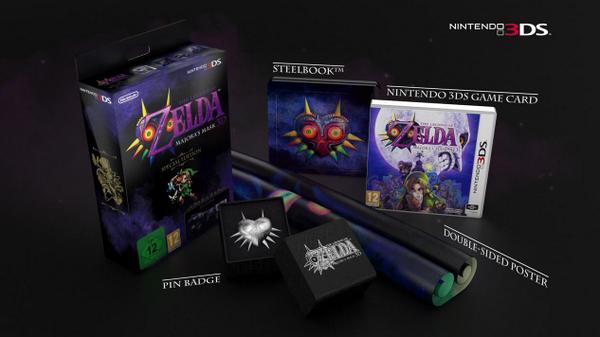 Want to see more? Click the link below to keep reading.

Here are some bits from the press release too:

So… now that the game has actually been confirmed… are you gonna buy it?  Personally, I think I will.  I missed out on the original game, and I think I might finally see what all the hype is about.