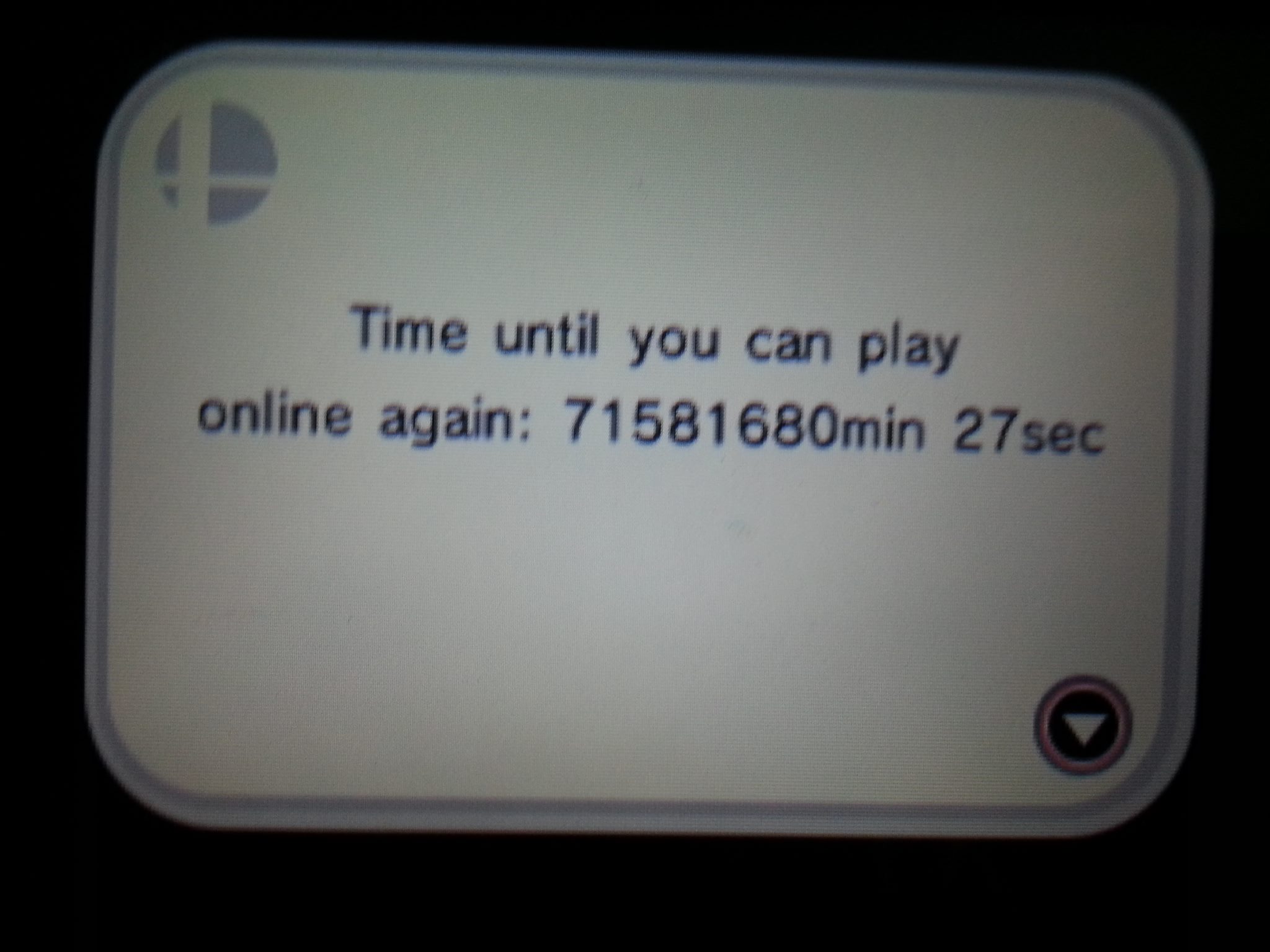 You know when you get banned for breaking a game’s online rules?

How  people have been banned from games like Call of Duty and World of Warcraft and whatever for griefing and annoying other players?

Well apparently, there’s a glitch in Super Smash Bros for 3DS that’s getting players banned for more than a hundred and thirty six years.   Well, we’re pretty sure it’s a glitch, unless Nintendo themselves has gone drunk with power and decided that disconnecting in a match means being banned from Nintendo Network for life (which would be sort of amusing).  So what does it look like?  What causes the bug?  Well, keep reading and find out!

Let’s start with some pictures.  You can thank Nintendo Life members MMSK786, SirMiki and Sir Anthony for these ones in particular: 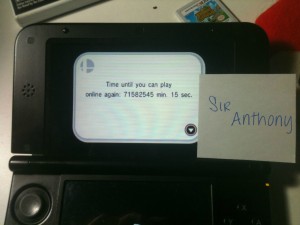 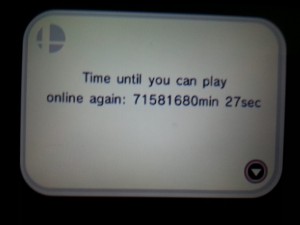 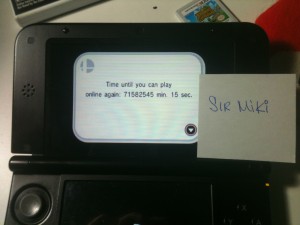 In case you’re wondering, that number equals out to about 136 years and 1 month.  Assuming the people getting banned are about 20 years odd now, that means they’d have to wait until they were 156 years of age to ever play Super Smash Bros game.

But why are people getting banned?  Is disconnecting or other bad behaviour responsible?  Probably not.  Instead, read this post on Reddit, which explains the likely cause rather well:

Basically, a game programmer used an unsigned integer with max value ‘4294967295’ for the time, with the assumption it would start at ‘-1’ and have the ban time added on to that.

The assumption was that said time would be reset to zero if it ended up as -1.

Unfortunately, it didn’t happen.  They forgot some obscure condition, and so these people got given a ban time of -1 seconds.  But because it could only hold a positive number, the value wrapped around to the maximum amount; about 136 years.  Ouch.

So that’s the cause.  But do you know what’s funny here?

This exact kind of bug has happened before, in this exact same series.  You see, back in Smash Bros Melee, the developers didn’t check for negative scores in Adventure Mode.  And so, the exact same thing happened, the negative score wrapped around to a ridiculously high positive one:

You would have imagined that Nintendo would predict issues like this (and be more vigilant in regards to finding them) given the above. But no, apparently not. Pity it turned out said glitch handled ban times instead of single player points…

So that’s the 136 year ban glitch in Super Smash Bros for 3DS. What do you think about it?

It’s a good thing I only got a 1 hour ban when I was trolling around and not attacking anyone. Wondering if Nintendo will actually fix this glitch for players affected by it.

To be honest though it’s not even my fault for disconnecting. I was in a match with lag so bad, the 2 min battle lasted 15 minutes. Nintendo honestly expects me to play like that? I was banned for 10 minutes because I disconnected through the menu in that match. I’m not mad or anything in fact I’m not even sure why I said this :/
I guess I should just be happy I didn’t get banned for over 100 years 😛