Super Smash Bros 4; Five Ways it could make use of the Wii U Game Pad and Asymmetric Multiplayer

When it comes to the Wii U Game Pad and asymmetric multiplayer, it can be argued that not many series are really built for. Sure you’ve got the tech demo games like Nintendo Land or Game and Wario, the inevitable ‘1 vs 3 mini games’ in the Mario Party series or the Alone in the Dark style menu interface in ZombiU, but those are only a very small percentage of the games that will ever be made for the system. How will FPS, action adventure or fighting games make use of it other than for a map?

So here are five ways Super Smash Bros 4 could use the Wii U’s unique features for more than a glorified map or helper system.

Not exactly the most exciting use of the Game Pad in the world, but fighting games never were made for a touch screen controller in the first place and a nice simple idea is just right to start the list with.

So how it works is simple. Remember how in Super Smash Bros Brawl you collected stickers and could place them on trophy bases to increase your stats in the Subspace Emissary? Well with the Game Pad, it could be interesting to bring back and expand on the whole sticker concept.

You’d now not only manually stick the stickers on the trophy base, but also choose where to place them in the album. It’s nothing fancy, but being able to arrange them (maybe even on Nintendo themed backgrounds) like you can the trophies would be a nice little time waster.

4. Mini games; like the credits shooting or coin launcher

Mini games are another good use for this. The credits scene has always played out as a Star Fox inspired space shoot em up, so why not have you tap the names and logos on the Game Pad touch screen to shoot them rather than moving a cursor around and pressing a button? It’d be a nice way to modernise the mode, and it’d also let you shoot fast enough that hitting most or all of the names could actually be possible (and something the game could reward you for).

The other mini games where this could come in handy are the trophy lottery machine and the coin launcher, which could have the input method replaced by the touch screen on the Game Pad. Perhaps the launcher could even work like some of the mini games in Super Mario 64 DS where you actually pull back a catapult or pinball launcher to fire and aim it with a stylus?

Again, it’s nothing overly fancy or new to the Super Smash Bros formula, but we don’t need anything gimmicky or different in a new game, just for Sakurai and co to refine the formula and use the Wii U’s features where appropriate.

Admit it, everyone saw the Stage Builder in Brawl and thought it would work well as a touch screen app, right? Heck, people find placing the blocks with a mouse and cursor or a touch screen so much easier that nowadays people tend to use the PC based Stage Studio instead of the actual in game interface. 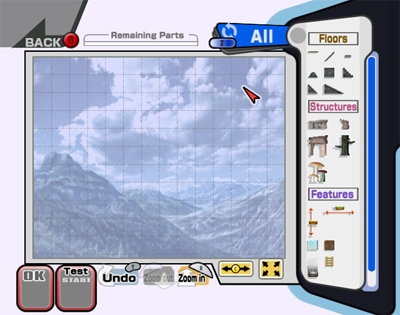 Above: This is perfect for a touch screen interface.

So why not turn this into a touch screen based stage builder like the ones in the Mario vs Donkey Kong series? You could physically draw in the ground (and have it generate blocks and slopes based on your outline), you could drag and drop objects like spinning wheels, spikes and moving platforms, set the range for things like platforms with the touch screen and do everything far more easily than you ever could with an old fashioned analogue stick controlled cursor.

If Nintendo makes this something you use the Game Pad touch screen for, it’d be ten times better than the one in Brawl.

Well, as people have found through hacking, boss characters like Master Hand, Ridley and even Tabuu have a full range of attacks you can use via different button combos. Here’s someone playing as one:

So why not turn the idea into an actual mode, where anywhere between 1 and 4 players use normal characters and the fifth player uses one of the game’s bosses and tries to KO all of them?

Not only would it be a neat way to bring asymmetric gameplay into the fairly stale Boss Battles mode, but it’d also mean people can play as their favourite boss characters and get to use those characters which would be impossible to use in normal battles (like say, Master Hand, Andross, Marx, etc).

And when you consider that none of the bosses have enough moves to be controlled with a normal controller or with a typical control scheme (most bosses don’t have grab or throw attacks, they can’t use shields, they can’t use specific air, ground or smash attacks, etc), this would make them easy to use without having to somehow map an unorthodox attack list to a standard controller.

Finally, here’s a use for the Game Pad that could actually work in normal battles. You see, in Rayman Legends, player 5 controls a strange character called Murphy who can indirectly interact with characters and the environment by doing things like setting off traps, opening doors, etc. Sort of like a more powerful/useful version of New Super Mario Bros U’s Assist Mode. 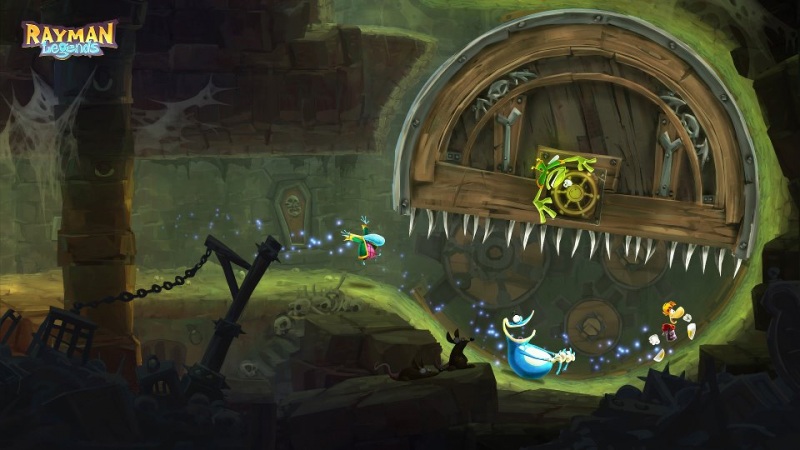 Above: Murphy interacts with the environment to help or hinder other characters in Rayman Legends.

But they’d be more interesting than your standard assist characters. Instead of having just one generic helper, you’d have three or four possible ones to choose from, each based on an existing series (characters would be like Tippi, the helpers like Navi or Fi from the Zelda series, certain Pokemon that levitate, etc) with some differences in abilities but much the same ‘attacks’.

Now obviously they wouldn’t be able to attack directly or have a percentage meter, but instead they’d be able to do things like generates blocks or forcefields, move items, collect stickers or trophies that appear or generally use things to fall onto the battlefield to screw up the other players. They’d also not be invincible and have a health bar, so there’d still be quite a bit of risk involved when playing as one of them.

I think this option would really help advertise the Wii U Game Pad and asymmetric gameplay, and would prove that assist modes don’t have to be lame stuff like opening doors or making blocks appear in mid air. It’d also prove they could be probably integrated into the gameplay in a way that isn’t so artificial.

So those are some ways I think Super Smash Bros 4 could take advantage of the Wii U Game Pad and integrate asymmetric multiplayer into the whole experience. They’re not massively noticeable changes (and things like the assist mode would be options you could disable if you wanted more traditional fighting), but I do think they’d improve the game significantly.