Take this with a pinch… no wait, a whole bucket of salt.  But apparently, someone online is claiming they have a special copy of Super Smash Bros for 3DS with DLC characters like Mewtwo and Wolf unlocked.  Here’s the video:

Apparently, we’re getting more footage on Saturday. But is it real? If you want our thoughts on the matter, click the link below and keep reading!

Firstly, the fact it’s shown on an actual 3DS, does sort of give the leak some credibility. Oh sure, it’s still a static picture. But at least it’s not just a random screenshots posted on an internet forum. So it’s got to be harder to fake than a picture would be, right?

Secondly, the roster does mostly seem believable. Oh sure, the Waddle Dee as a character idea is a bit questionable given how many better characters could be added in instead. But Mewtwo has already been announced, and Wolf is a very likely choice for a DLC character. So there’s not a lot that’s too unbelievable when it comes to the actual characters shown. 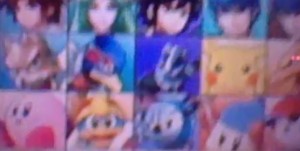 Above: A Waddle Dee as playable? Questionable…

But there are still some things that make us skeptical. For one thing, we don’t see the bottom screen. That’s a tad suspicious when you’re recording a single character select menu, as it indicates that you’re trying to hide something. Like perhaps, the fact this isn’t actually in Super Smash Bros for 3DS and is merely a screenshot open in the 3DS photo editor.

The other issue is the character placement. In the normal Smash Bros for 3DS game, clone characters like Dr Mario, Lucina and Dark Pit occupy a row underneath the others, as a way of indicating that they’re not like the others. In this leak? They’re positioned in character slots in the middle of the row for their respective series. It’s more logical, but it would involve a suspiciously high amount of character select screen changing for a single DLC pack… 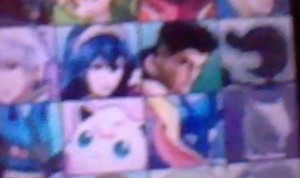 Above: Lucina isn’t usually next to Robin and Little Mac.

So yeah, there are pretty good pieces of evidence for and against this being real, and we’d personally say that it’s a 50/50 chance either way.

This is definitely fake. Mewtwo and Wolf have pictures that don’t really match the overall art style.

I’m saying fake. The lineup being different is throwing me off. Also the fact Mewtwo is meant to be in development and the description stating the code was supposedly received from an presumed IGN employee. Since the Duck Hunt dog is playable I don’t think it would be too farfetched for another strange playable character, although wouldn’t having a playable Waddle Dee make it slightly confusing in Smash Run? The Isaac picture looks somewhat like his Brawl model, although I wouldn’t mind him being future DLC. Also the first comment on the video from the guy pretending to be Satoru… Read more »

I would be happier if this DLC is real. I mean characters such as Mewtwo, Wolf, and Bandana Waddle Dee are totally a great add to the roster (IDK if Issac is in but i’m okay with that). Then again, I shouldn’t get my hopes up as well.

The size of wolf’s head in his box is way smaller than everyone else: I’m leaning towards fake.

But I do wish that the real DLC would fix the character locations like this one. Lucina, Pit, and Dr. Mario look so out of place where they are now.

Has anyone noticed the video isn’t working. *Gasp*

Well, it says the video is private, not that it was taken down by Nintendo of America.

Then again, I strongly suspect a lot of ‘private’ videos are ‘inspired’ by talk behind the scenes…

Good point. Though, I don’t know how “private” works because I don’t have a youtube (yet).