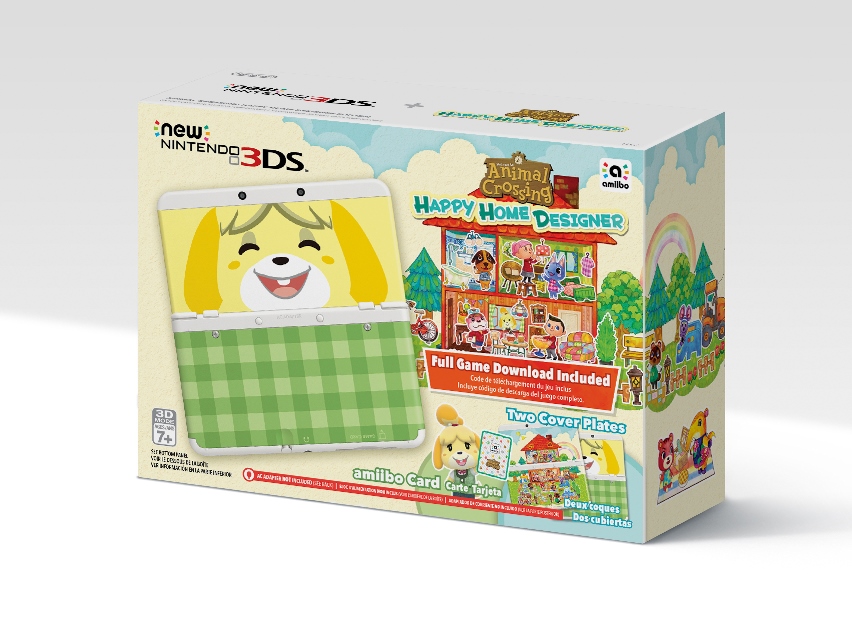 Ever wondered why Nintendo were only selling the New Nintendo 3DS XL in North America, given the success of their games and consoles there?  Annoyed that a smaller version of the more powerful system isn’t available over on those shores?

Well if so, it looks like you may now be in luck.  At the Gamestop Managers Conference (which is apparently a thing), Nintendo announced that the standard New Nintendo 3DS was going to be released in the US, as part of a bundle with Animal Crossing Happy Home Designer.  This will apparently include the system, two cover plates, the game mentioned and one Amiibo card, and will retail for $219.99.

Above: A picture of the Animal Crossing Happy Home Designer 3DS Bundle

REDMOND, Wash.–(BUSINESS WIRE)–At the GameStop Managers Conference in Las Vegas, Nintendo announced that the New Nintendo 3DS system will launch in the U.S. as part of a special bundle on Sept. 25. The bundle includes the new hand-held system, the upcoming Animal Crossing: Happy Home Designer game, two cover plates and one amiibo card at a suggested retail price of $219.99. The more compact New Nintendo 3DS system joins New Nintendo 3DS XL, which has been available since Feb. 13.

“These new models offer additional fun ways to experience some of the great upcoming Nintendo 3DS games launching in the next few months.”

In addition, a Hyrule Edition New Nintendo 3DS XL system will launch exclusively in GameStop stores on Oct. 30 at a suggested retail price of $199.99, just in time for the launch of The Legend of Zelda: Tri Force Heroes (sold separately) on Oct. 23. The system is gold-colored and features an intricate Hylian Crest on the front.

“More than 15 million systems in the Nintendo 3DS family have been sold in the U.S. alone,” said Scott Moffitt, Nintendo of America’s Executive Vice President of Sales & Marketing. “These new models offer additional fun ways to experience some of the great upcoming Nintendo 3DS games launching in the next few months.”

New Nintendo 3DS incorporates all the same enhanced features as the New Nintendo 3DS XL system, including a wider range of controls, face-tracking 3D and built-in NFC functionality that allows for communication with amiibo figures. The compact system also features interchangeable cover plates that can be easily swapped out to change the look of the device*. Two cover plates inspired by Animal Crossing: Happy Home Designer are included in the bundle.

Joining previously released Wii Remote Plus controllers themed after Mario, Luigi and Princess Peach, three new controllers inspired by Bowser, Toad and Yoshi will launch exclusively at GameStop at a suggested retail price of $39.99 each. The Bowser and Toad controllers will launch alongside the Super Mario Maker game for the Wii U console on the 11th of September, while the Yoshi version will hop on the back of the Yoshi’s Woolly World launch on Oct. 16. Wii Remote Plus includes Wii MotionPlus technology, and works with all Wii and Wii U games that are compatible with Wii Remote controllers.

Bowser, the newest member of the Photos with Mario series of Nintendo eShop Cards, is coming this fall – exclusively at GameStop. Customers can add $10 to their Nintendo eShop accounts and get the new Bowser AR card at no additional cost. With the Bowser AR card, players can use their Nintendo 3DS systems to play and pose with Bowser and other Mushroom Kingdom characters in the free Photos with Mario app. 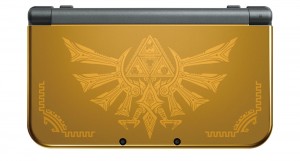 So that’s that.  US gamers will be getting the standard New Nintendo 3DS, even if is quite a while after the larger version of the system was released.  There’s also going to be a 3DS XL bundle for Tri Force Heroes, but that’s kind of less interesting at the moment.

What do you think about the standard New Nintendo 3DS and its North American release?