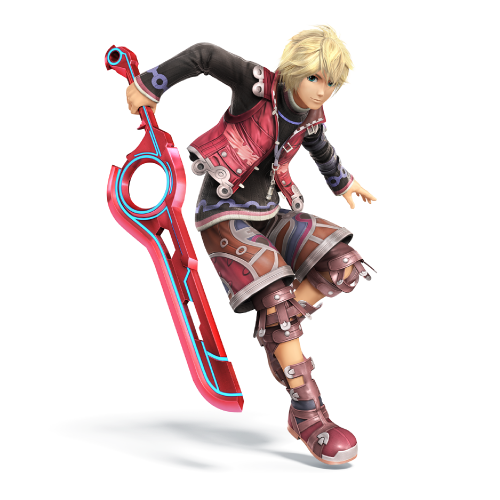 Well, looks like quite a few interesting things have been happening today, at least as far as Nintendo goes.  And to start off the list, we have Shulk’s official announcement as a newcomer in Super Smash Bros for 3DS and Wii U.

For those who don’t know who he is, Shulk is the main character in the much acclaimed Xenoblade Chronicles title released on the Wii.  A popular RPG brought to foreign shores after many petitions to Nintendo to bother to localise it, Xenoblade Chronicles became one of the most well loved new Nintendo titles and IPs of some time, and did extremely well.  And so with both a port of Xenoblade and new installment Xenoblade Chronicles X coming to the Wii U, Shulk was deemed important enough to be added to Super Smash Bros.

Here’s the official trailer for his announcement:

But what do we think about this announcement?  Well, if you want to find out, then keep reading…

Personally, I (and I’m sure the rest of the staff agree) think the announcement is one of two things:

1. Good in the sense that Xenoblade needs Smash Bros representation, since the game is great.

There’s also the fact it helps back up the leaked videos and pictures with Shulk as a playable character, although to be honest, that’s not really as big a deal as it appears.  I mean, at least three sets of rumours had Shulk featured in them, and they can’t all be true.

But what do you think?  Is Shulk’s announcement in Smash Bros 4 a good thing?

I disagree with the second point. 7/38 fighters (not counting Mii and Robin) having a sword is not very many. And taking into consideration that the Monado has the different arts at Shulks disposal means he can have a really cool moveset. So that already seperates him from the other 6. I also think most of the other six are pretty different so I do not have a problem at all with Shulk being in the game and see him as a very unique character.

True to some degree. But come on, as a die hard fan of characters like King K Rool and Ridley, everyone has to admit they’d at least have a more… inventive moveset/play style than Shulk, right?

I too want King K in very badly! I think that Shulk should be welcomed with open arms and that it should still be Lucina who is the one marking up the number of sword users. Unlike her Shulk is completely unique, while representing a new franchise. My top newcomers were King K, Ghirahim, Tom Nook, Chibi Robo, and Palutena. I got Palutena and Villager, Ghirahim deconfirmed and looks bad for the other two.