Ridley was meant to be an enemy in Super Smash Bros for 3DS? 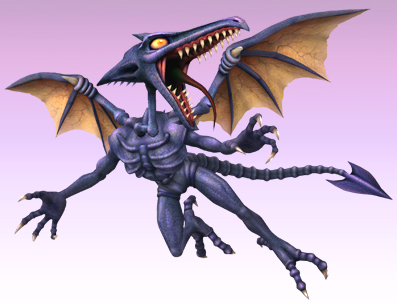 Well, it’s not the playable character role we all wanted.  But according to some hacker who’s been dumping data from the Super Smash Bros for 3DS ROM, textures for Ridley have been spotted hidden within the game file.

And that’s not all.  Oh no, not only is there a suspiciously named entry for ‘Ridley’ near the Smash Run data, but also a whole ton of Brawl stuff including data referring to every boss from the game.  Here are some samples from the text file, showing this interesting information in action:

That’s from what’s obviously a Smash Run enemy/enemy texture listing.  As you can see, unused characters like Ridley and Nabbit (the latter from New Super Mario Bros U) appear alongside enemies actually present in the mode, like Hammer Bros, Peahats, Darknuts and Ghosts.

Petey Piranha was gonna be in the game!? Just hoping for him to get an appearance in Smash U