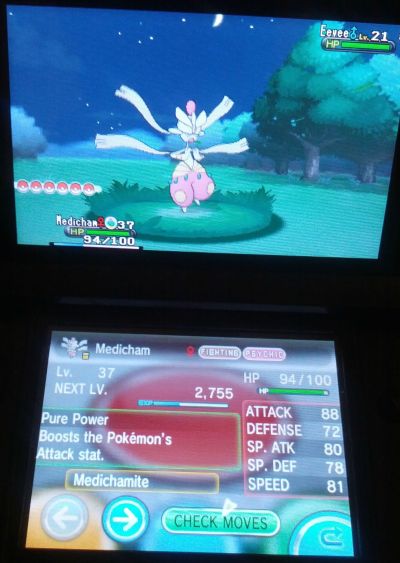 Finally, just one day or so before the game’s official release date, here are all the things people likely want to know about Pokemon X and Y that haven’t been posted already.  New Coro Coro scans including Ken Sugimori’s art of each new species, some more Mega Evolutions that various people have found, pictures of the Elite Four that I should have posted a week or so ago, they’re all here!  Check everything out below the jump!

Mega Medicham has now been confirmed by a mysterious leaker online (not sure who).  Has better attack stats than legendaries like Deoxys, but a somewhat questionable design. Here it is: 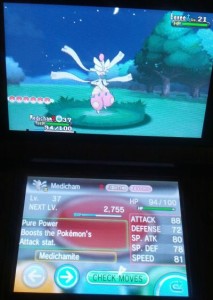 Others have been confirmed by Serebii (the webmaster of Serebii.net, linked to in the sources at the end of the article). These are Mega Pinsir (which is now Bug/Flying and has an ability to make all moves Flying type) and Mega Banette (which has a type change as well). Here they are: 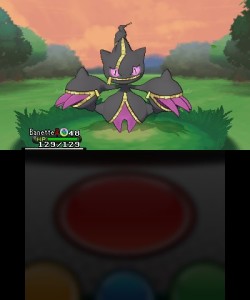 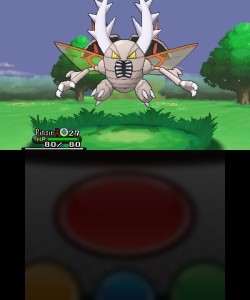 There’s also a full list showing their stats, where to get their Mega Stones and pictures of each of them, in case you need more info.  Here it is:

As a result of these reveals, it’s believed that this list:

Is sounding more and more likely to be true by the day.  It’s not an exhaustive one (Mega Venusaur and Mawile weren’t present), but it’s not been wrong so far.

The following species have been confirmed as Fairy types in Pokemon X and Y:

As you can see, a lot of older generation Pokemon are now confirmed to be Fairy types, giving them plenty more usage and presence in the metagame as a result.  Ones people suspect might be viable in competitive multiplayer include Xerneas, Sylveon, Florges, Azumarill, Clefairy, Wigglytuff, Klefki, Mawile and Togekiss, although all of the Pokemon listed above have got greatly more useful as a result.

As you can see, they train Steel, Fire, Dragon and Water Pokemon respectively.  They also all apparently have at least one Mega Evolved Pokemon in their teams, with the Champion Diantha having a Mega Gardevoir as her main Pokemon.

Here are some new Coro Coro scans.  They show official art for many new announced Pokemon in this generation… 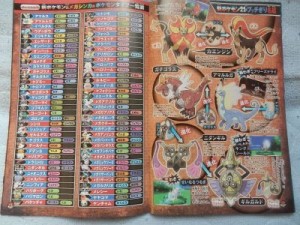 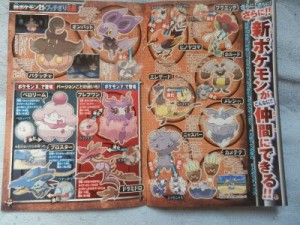 You can click on each picture to see a full sized version of each scan, which has been hosted off site to minimise bandwidth and disc space usage.

The power of moves like Flamethrower is 90 instead of 95.

Hidden Power is now a flat 60 power move instead of it depending on IVs.

An ability Aerilate makes all moves used by its holder Flying ones. 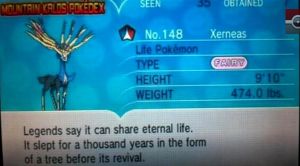 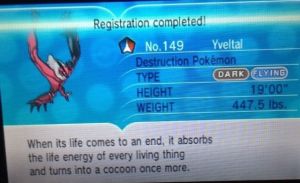 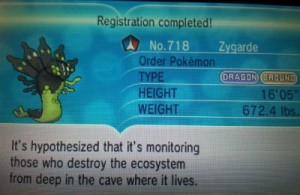 So that’s pretty cool I guess.  Maybe a little creepy in some cases too.

And that’s it for another set of Pokemon X and Y leaks/scans/screens I’ve gathered from the internet.  If you want more, check out the sources below and enjoy what you find!

Upon release of Pokemon X&Y all the Sugimori art for almost all remaining Gen6 Pokemon are not yet uploaded on Pokemon’s official website. My best guess for this would be Oct. 15 (the first day of shipping of CoroCoro Nov. 2013 issue).