Well, it seems like that video announcement we were getting was really important after all! This is because earlier today, the official Pokemon Youtube channel posted up the first ever ‘real’ trailer for Pokemon Sun and Moon. The new trailer showed off the starter Pokemon, cover legendaries and region for the first time, and gave the game’s official release date as November 18th 2016. Here’s the video: 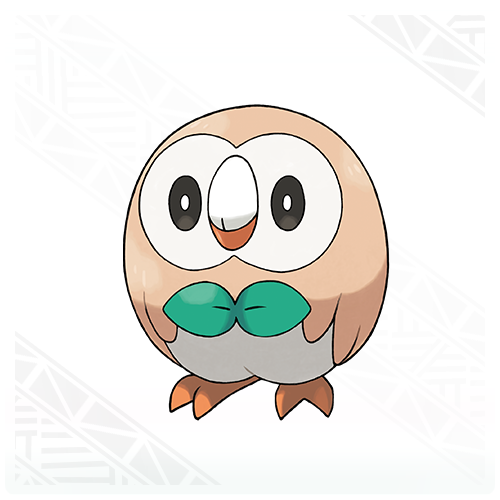 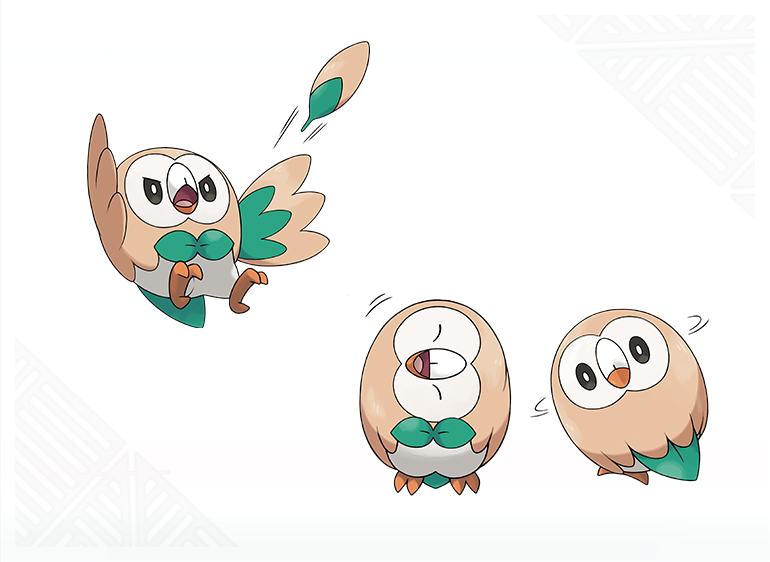 Above: It’s called Mokuroh in Japan

Known as the Grass Quill Pokemon, it has the ability Overgrow as well as a new attack called Leafage, which has it attack opponents with its leaves. Said move is available the minute you get it in game (presumably at level 5).

The second starter Pokemon revealed is Litten. A fire cat known as the… well, Fire Cat Pokemon, it has the ability Blaze. No new moves for this Pokemon just yet, but apparently it uses the fur collected by grooming itself as fuel for its attacks. So yeah, your cat Pokemon is basically shooting fiery furballs at opponents. Here are some pictures showing off this kitty Pokemon: 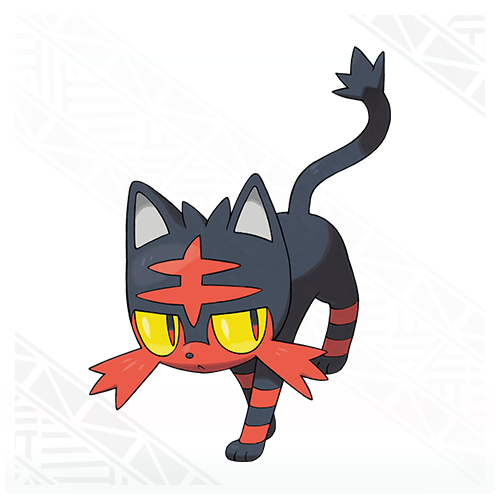 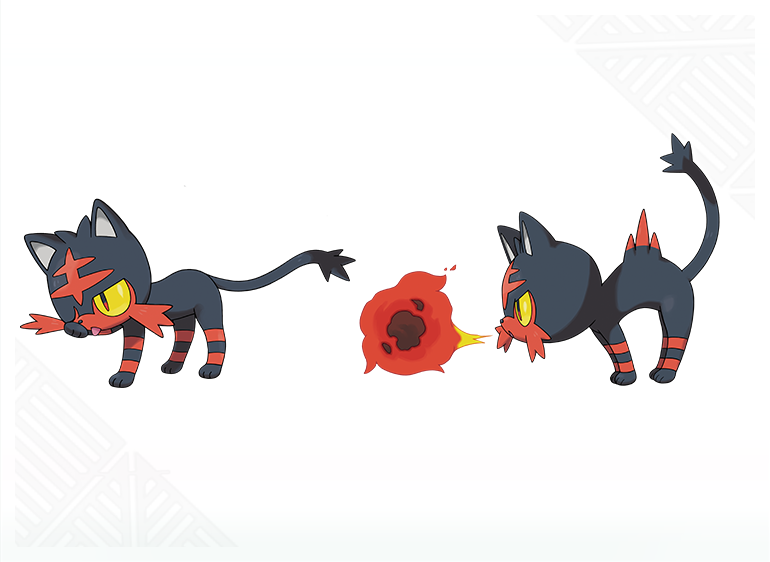 Above: This cat is named Nyabby in Japan.

The final new starter is Popplio. A cute Water type seal, this Pokemon has the ability Torrent and uses ‘water balloons’ as part of its battle strategy. Again, no new moves have been revealed just yet, but it’s likely at least one future attack will draw on this gimmick. Either way, here are pictures of Popplio: 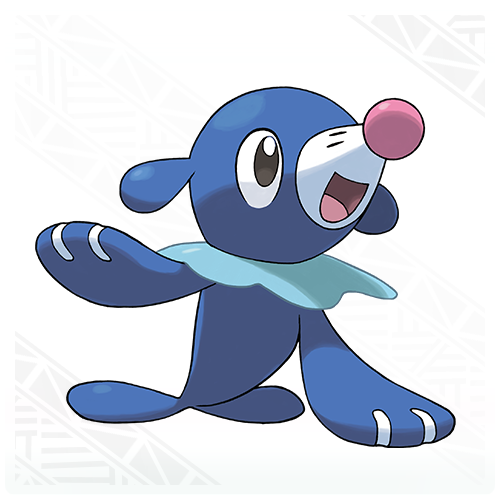 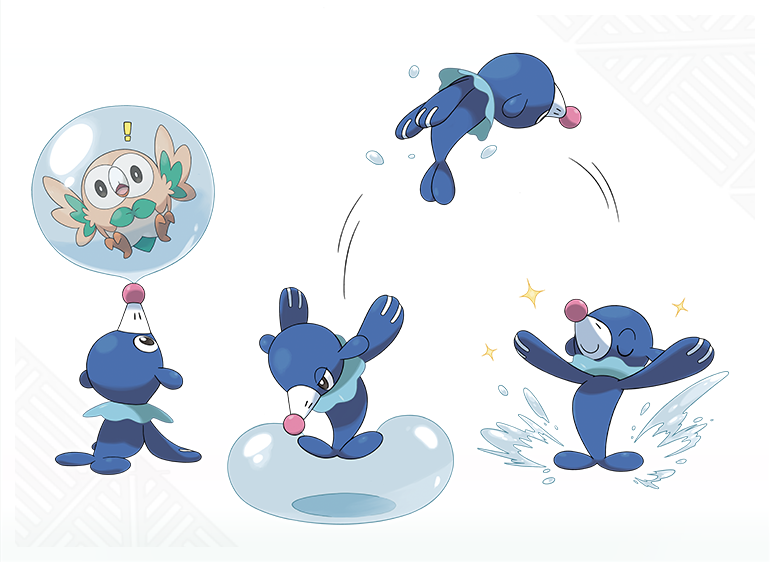 Above: Named Ashimari in Japan. Noticed a trend yet?

Other than the starters, the video also confirms the popular fan theory that the new region is based on Hawaii. This is backed up by not only the region’s very name (Alola), but also the tropical setting and tribal esque statues shown in the footage of the game. Also of note, the person who gives the main character their starter is named Hala in this game, and there’s another new character called Kukui as well. No idea who exactly these people are, but it’s likely the former is either the Pokemon professor or associated with them, given that past games had the starters given out by the main professor of the region.

Finally, the trailer also shows off the two main legendary Pokemon for the generation. No names given here yet, but here are pictures of the two regardless: 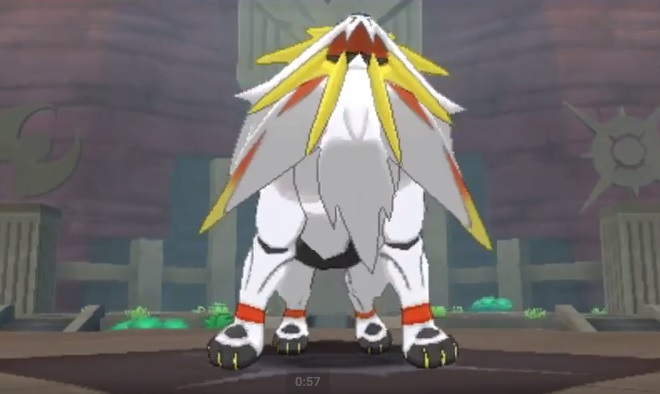 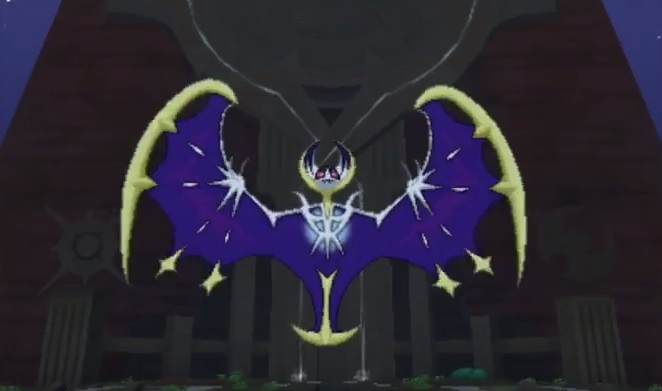 Based on the above pictures (and the box art), it seems clear that the rumours of a Sun Lion and a weird Moon like Pokemon were correct. And those leaked trademarks? Actually match the Japanese names of the revealed Sun/Moon starters! So I’ll call the fire legendary Solgaleo and Lunaala, since all evidence is pointing to those being the real names, and legendary names never change much when translated.

And before I forget, here are the box art designs for the new games: 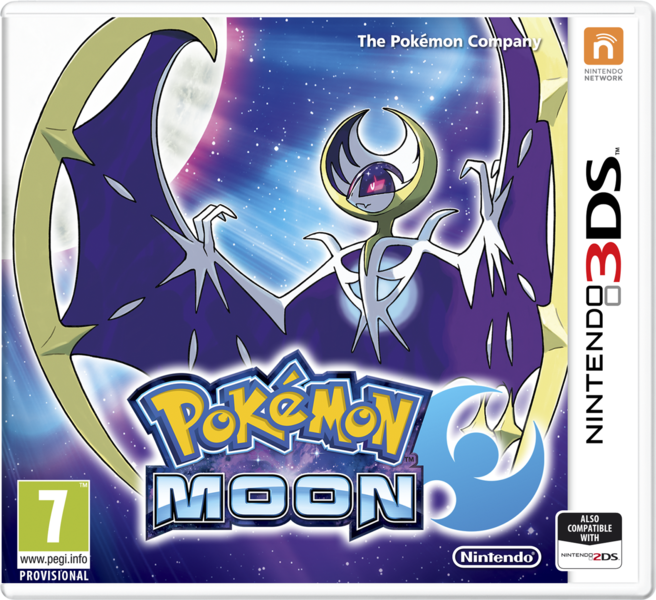 They give you a nice clear view of Solgaleo and Lunaala here, and make it clear that they’re intended to represent the new regions.

Pokemon Sun and Moon will be released worldwide on November 18th 2016. If you want to visit the official website for the game, you can do so here.

Grass/flying is nice, but I don't like the design much. Nor do I like the water seal either. I like the fire cat though. It looks cool. The legendaries look cool too. The one from Moon reminds me of Nightmare from the Kirby games, but I think I'd get Pokemon Sun because the lion is cool.

Legendaries do look cool. Starters are pretty iffy. The sea lion looks bad, as does the cat. I think I'm gonna go on a media blackout and just play these games with no prior knowledge other than what is in the first trailer.