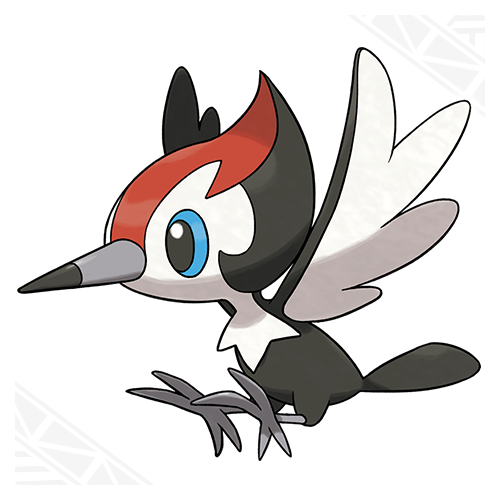 Well, we did already know that Pokemon Sun and Moon was going to have more info revealed at E3 this year. And hey, what do you know? It happened, and we now have information about three new Pokemon from the Alola region!

First up, is Pikipek. This woodpecker like Pokemon is presumably the one we saw in the original dev video, and acts as the common bird species in the region. It’s a Normal/Flying type, is described as the Woodpecker Pokemon and has the abilities Keen Eye and Skill Link.
Keen Eye stops it losing accuracy, Skill Link causes multi-hit moves to always hit five times. The first is likely much more useful for Pikipek and its evolutions in battle, since multi-hit moves aren’t particularly powerful in this franchise.

It’s also confirmed that it evolves twice, like Pigeot and its other earlier counterparts.

Yungoos is the second new Pokemon announced. Said to be the ‘Loitering Pokemon’, it’s a Normal type with either Stakeout or Strong Jaw as its abilities. The latter is pretty obvious in its effect, but the former is a new ability which causes its attacks to do double damage to any Pokemon that enters the field mid-battle. Bit like Pursuit as an ability really. 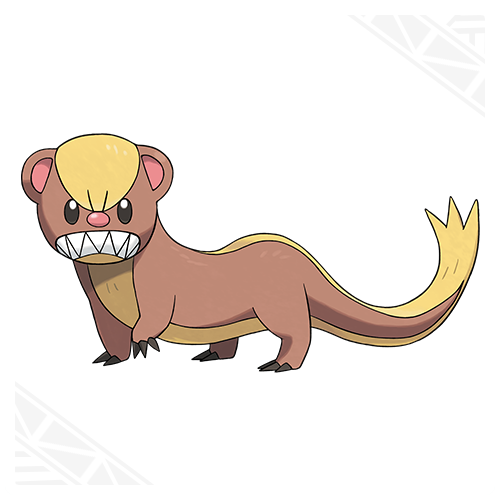 We’ve also got Grubbin. A larva Pokemon with the Bug typing, it has the Swarm ability. This increases the power of Bug moves by 1.5 if it has less than a third of its health remaining. 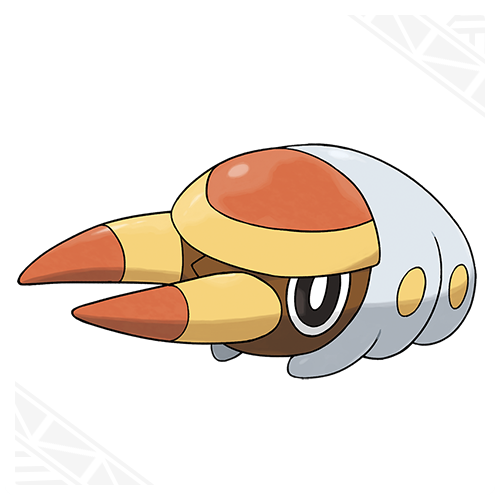 You can see all the Pokemon above (and more) in this video:

In addition to them, we also got two new formes for the legendary Pokemon of the Alola region. These give Solgaleo and Luanala a new appearance (and likely) better stats and abilities. Here are some pictures showing them off: 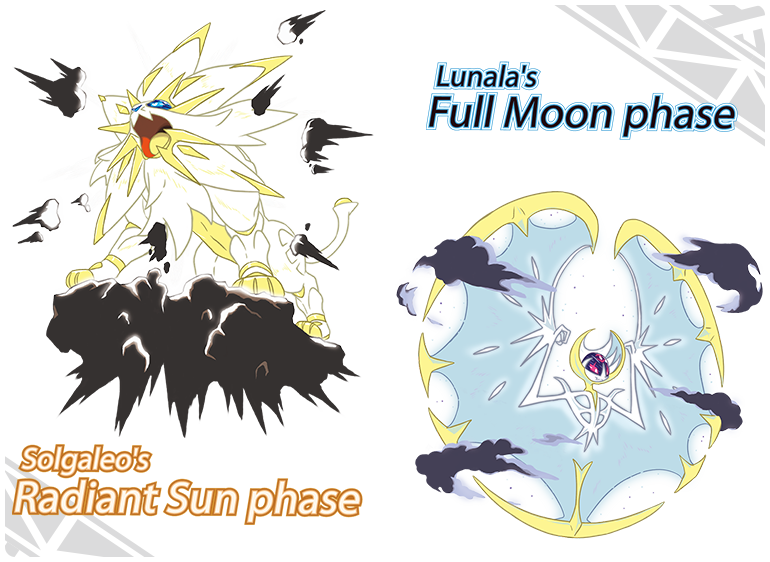 These ‘Radiant Sun’ and ‘Full Moon’ phases seem like they won’t be normal Mega Evolutions or what not, and could act similar to Primal Groudon/Primal Kyogre/Mega Rayquaza in Pokemon Omega Ruby and Alpha Sapphire. Either way, we’ll have to wait for more info there.

There’s also a bit more info about Magearna. Yeah, the artificial Pokemon we saw when the game was first announced. It’s apparently a Steel/Fairy type with the ability Soul-Heart, which boosts Special Attack by 1 when another Pokemon in the area faints. What’s more, it’s apparently also gotten through the QR code scanning feature for the game, which is an interesting touch. Hope it’s not too overpowered for the early game!