Well, I think we all knew something like this was coming.  I mean, did you really think that the Hoenn starter trio would NOT get all new Mega Evolutions in their upcoming new game? Or that this remake wouldn’t add any new Mega Evos or formes to the Pokemon universe?

Either way, thanks to a leaked Coro Coro magazine scan, it’s been confirmed!  The three Hoenn starters (along with Grouden, Kyogre and for some reason, Diancie) are all getting new Mega Evolved forms in Pokemon Omega Ruby and Alpha Sapphire.  So if you want to see them for yourself (as well as find out other miscellaneous things like what the redesigned Team Magma and Aqua now look like), head inside!

Let’s start with the scans themselves.  Enjoy:

Here are the mega evolved forms.  We’ve got Mega Diancie with her new diamond dress inspired design (why a newly introduced legendary is getting a Mega Evo so soon we’ll never know), Mega Sceptile and its Christmas tree inspired tail and… Mega Swampert.  The latter looks like it’s been weight training for a bit long, having gone from a fairly reasonable looking amphibian to some sort of muscle bound freak on steroids.  Mega Sceptile is now Grass/Dragon type, which is pretty cool, and the new Mega Evos have the following abilities:

The Mach and Acro Bikes return

Team Magma and Aqua return, with all new designs for their admins and leaders.  Archie and Maxie look more different than before (the former being a somewhat nerdy scientist, the latter a badass pirate), and their commanders actually have unique designs rather than just being generic ‘admins’.  Here’s their redesigns in more detail:

It’s also confirmed that Grouden and Kyogre’s Mega Evos are called Atom Grouden and Atom Kyogre (or Primal/Prehistoric/Primeval Grouden and Kyogre depending on who you believe), and are the result of so called Ancient Devolution, a somewhat strange prehistoric version of Mega Evolution with similar effects.  Either way, you’re probably looking at some of the most overpowered Pokemon in the metagame here, given that two of the biggest players in gen 5 are now getting even more powerful forms to use mid battle. 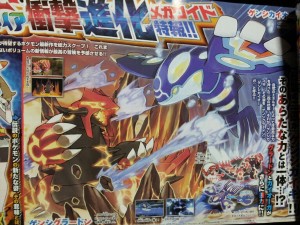 Finally, Steven Stone has a Mega Charizard X now.  Yeah, okay.  Mega Metagross would have been more appropriate, but hey ho.  Some more scans showing him, plus the redesigned protagonists: 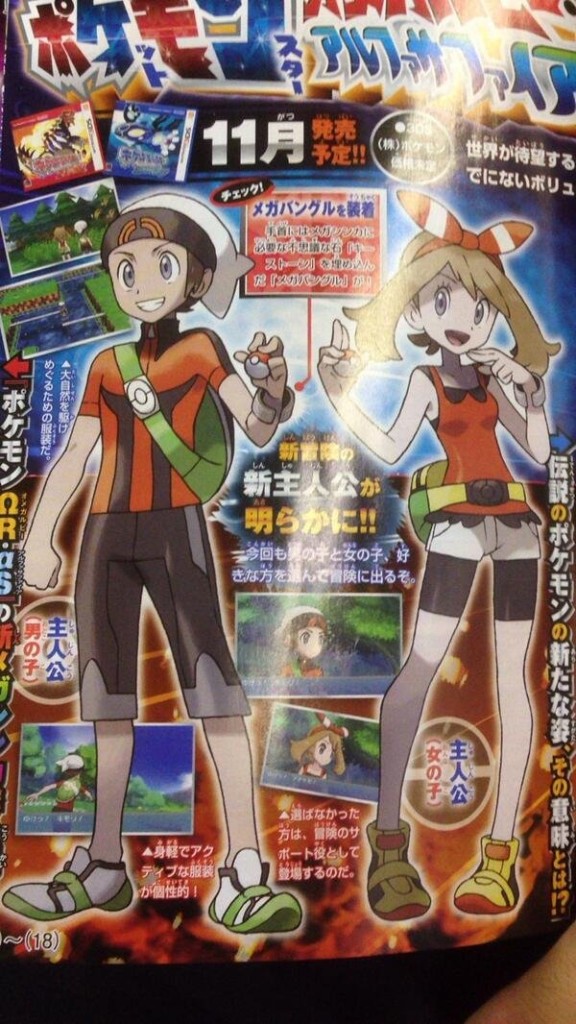 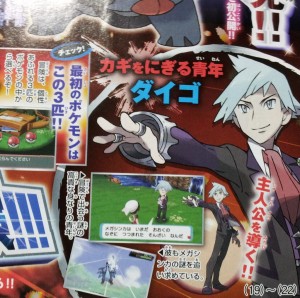 So yeah, these remakes are sounding kind of cool already, aren’t they?  New Mega Evolutions, new team redesigns, new plot twists… it’s gonna be one heck of an experience when these games finally come out, and it’s proof positive than we’re far, far from seeing everything that this generation has to offer.

What do you think about the new Mega Evos and villain/character redesigns?