Well, and Mega Galade, but that’s probably the least interesting of the three (especially given that its alternate ‘gender’ counterpart already got a Mega Evolution back in X and Y). Here are pictures of all of them: 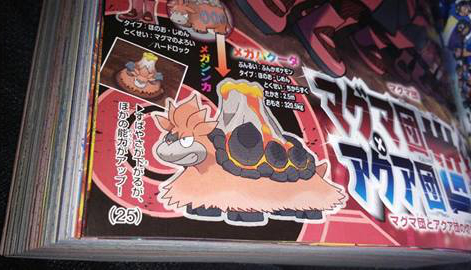 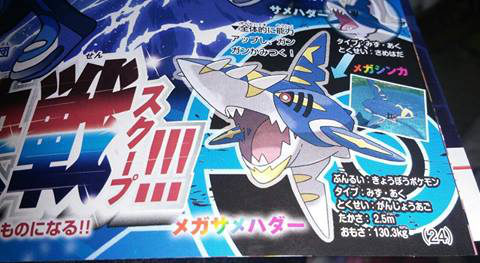 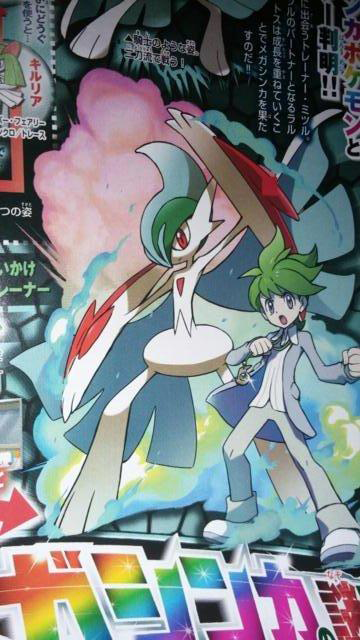 So what’s interesting about these new Mega Evos?  Well, let’s start with the obvious.  Maxie and Archie (leaders of Team Magma and Team Aqua respectively) have Camerupt and Sharpedo as their signature Pokemon.  So the inclusion of Mega Evolutions for them seems like it indicates that these characters will Mega Evolve their favourite Pokemon in at least one of their team leader battles during the main adventure, kind of how Lysandre got his Gyarados  to do likewise in his final battle in Pokemon X and Y.  That means that these Team Magma and Aqua Leaders might actually be somewhat more of a threat this time around.

And Gallade?  Well, you can see Wally there, right?  Seems like in this game he gets a Gallade in his Pokemon team instead of a Gardevoir, with the Mega form being meant as a last ditch challenge for when the player battles him at Victory Road.

Story aside, the new Mega Evos have their interesting abilities and moves.  Mega Camerupt now has Sheer Force as an ability, boosting its attack power by 30% in exchange for ignoring additional effects.  Mega Sharpedo has Strong Jaw, boosting its biting power (which might admittedly be made less useful by the fact its normal form can only ever learn Crunch and Ice Fang as biting attacks).  No information exists about additional abilities for Mega Gallade.

In other news, Primal Groudon and Kyogre also have new abilities, with the former getting Land of Endings and the latter Sea of Beginnings.  These cause intense drought and rain respectively, which imply that their weather changing effects will now be permanent like in the olden days (before Drought and Drizzle were changed to end after five turns).  Groudon also gets a new move called ‘Cliff Sword’, although nothing is known about it other than the name.

So that’s the latest from Pokemon Omega Ruby and Alpha Sapphire.  Three new Mega Evolutions, new information on Primal Pokemon abilities and something about a new move Groudon will get.  What do you think?  Comment below and tell us now!