It’s always a bad sign when a game you’ve shown off is so utterly hated that half the internet wishes the series would simply die rather than have it released.

It’s an even worse sign when the likes on the trailer are outnumbered four to one by dislikes from people annoyed by the game’s existence.

But now, Nintendo has rather depressing proof that Federation Force was not a good idea.  Behold, a petition dedicated to getting the game cancelled… just a day after the showing at E3: 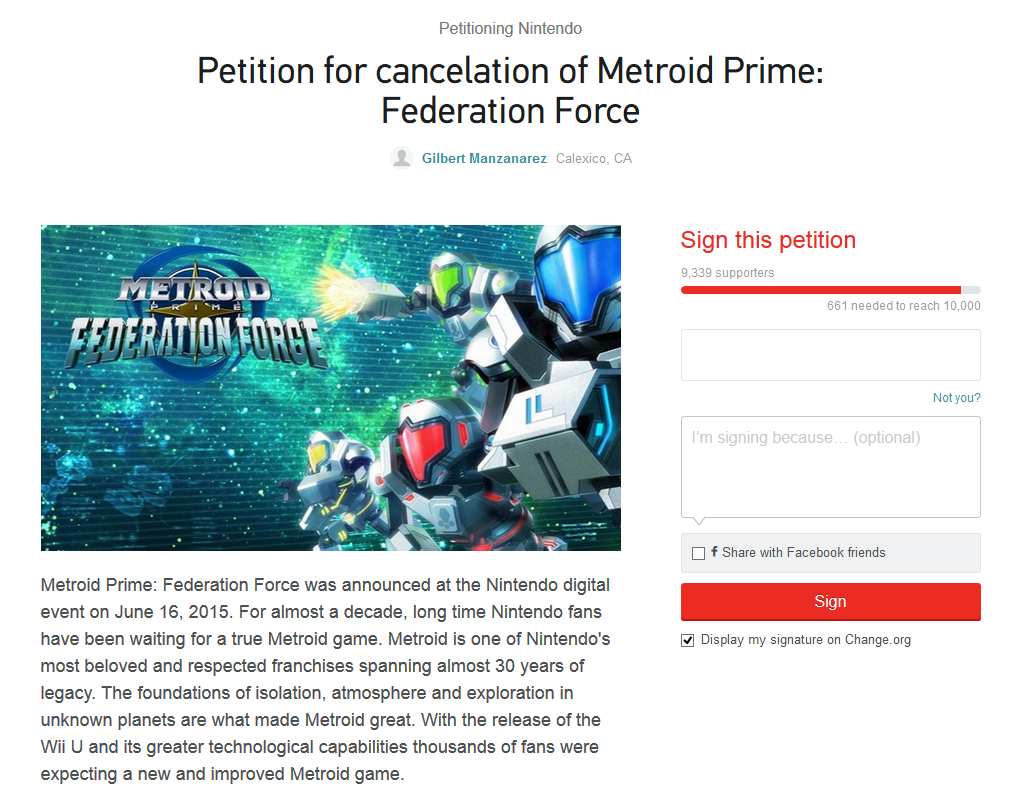 Petition for the Cancellation of Metroid Prime Federation Force – Change.org

What’s even worse for the company is how popular the petition is already. I mean, when did this game get announced? Yesterday?  Yet already nearly 10,000 people are annoyed enough by it that they would rather see it cancelled outright rather tarnish the Metroid brand.  That’s a pretty damning sign you’ve screwed up if you ask us.  You only see people petitioning to make you quit if you’re a Uwe Boll level disaster.

Honestly, we think it’s probably a good idea to listen to the public this time around.  Metroid Prime Federation Force is not a good idea, and it’s about time to take it round the back of the barn and put it out of its misery.  We’ve had one Other M, we don’t another.