No, Nintendo Brands are Not Down Year After Year…

Because while the sales chart posted across the internet in the last day or so has total Nintendo sales across all possible systems being less than before, there’s one rather misleading thing they forget to mention…

Namely, that the chart includes Wii and DS games and systems. Of course these will be down, both systems are officially at the end of their life and aren’t getting any new games.  It’s just that the Wii and DS was huge successes that have been gradually running out of steam since Nintendo released their successors.

Here are the charts in question: 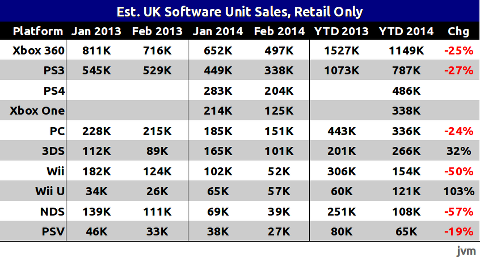 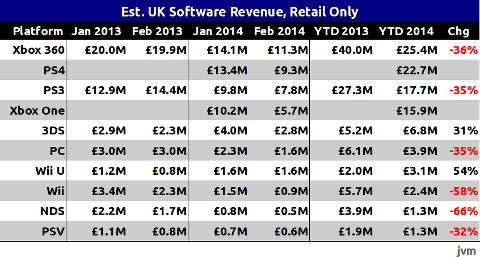 As you can see, the overall drop is noticeable, but it’s also not really too strange given that the same sort of thing is happening to the Xbox 360 and PS3 now their successors are also out.

Oh, and it’s also measuring UK sales.  You know, that region in which Nintendo is failing miserably on all counts and in which they’ve generally done poorly throughout the entirety of their history.  Fact is, the Wii (and DS)’s own success in this market was basically a fluke at best.  They were fads that bucked a trend which has affected Nintendo negatively here since the days of the NES.

All in all, don’t believe the negativity you see bandied about with these sales charts and UK Nintendo system/game sales. It’s not really a huge issue.

You said Wii U the first time instead of Wii…