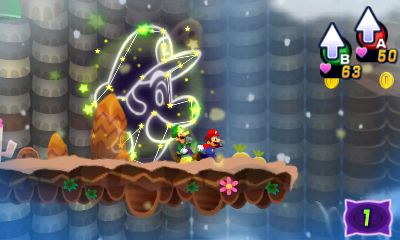 According to Satoru Iwata at least.  Here’s what he said about Nintendo games and whether Nintendo were making ‘pieces of art’ when making them:

It’s not like we are making pieces of art, the point is to make a product that resonates with and is accepted by customers.

Or in simple terms, they’re not making their games as ‘art’, but as products that people enjoy and want to buy.  Or I guess for the overly cynical, Nintendo is about the money rather than making any sort of ‘artistic’ statement.  So what do I think about this?

I’m fine with it.  Seriously, I’d rather Nintendo tries to make games that sell and that people can enjoy rather than throw the mass market consumer under the bus to appeal to arrogant internet hipsters.  And given how mediocre a lot of games that try to be all ‘artistic’ end up being (especially as actual games or interactive experiences), I’d rather a well made Mario game that tries to appeal to lots of people and just does traditional platforming gameplay well than some ‘edgy’ artistic game with a philosophy101/armchair psychology level ‘message’ that ends up sacrificing the gameplay in trying to hammer this message into its players.

Above: Or in other words, why Dream Team is better than Super Paper Mario.

So yeah, keep going with that message Nintendo.  I think the likes of Luigi’s Mansion Dark Moon, Mario & Luigi Dream Team, Donkey Kong Country Tropical Freeze and various others are exactly the kinds of games you should be making, not some sort of ‘artistic experience’ meant to appeal to only 1% of consumers.