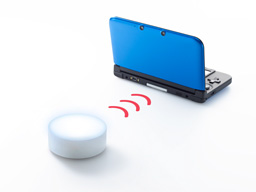 As you probably now know, Nintendo has confirmed that NFC (Near Field Communications) technology involving physical character figurines is becoming a major focus of the Wii U and 3DS systems.  But while Nintendo’s keeping quiet about exactly what titles are going to be tied into the technology (at least until E3 rolls around this year), I’ve come up with a few interesting ideas about what types of games Nintendo might make involving this technology.  So if you want to find out for yourself, keep reading! 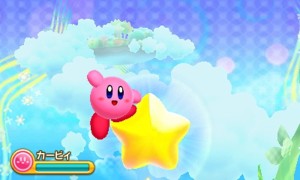 Not sure how (perhaps some sort of updated version of the keyring system from Triple Deluxe or the ability to buy new powers?), but I think it seems like a pretty good bet for the kind of series that Nintendo would add this functionality to.  I mean, it’s a bit more niche than Mario and hence can try more experimental things with new technology, so I think there’s a chance that the new guys behind the series will go for it. 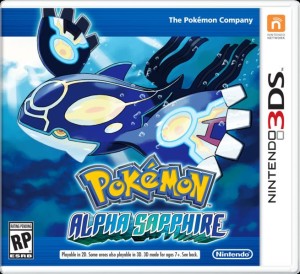 Yeah, you probably figured this was coming.  Indeed, I’ll be willing to bet actual money that if this system becomes even remotely successful/well supported, a new Pokemon game WILL make use of it in some major way.

After all, it doesn’t take much thinking to figure out how this could be useful.  Save your Pokemon’s stats to a figure of said Pokemon in order to bring them between games easily?  That pretty much entirely replaces the need for a ‘time capsule’ or other type of intergeneration trading system (or for home console games, a transfer pak equivalent).

Not to mention, it could act as a fantastic way to make event Pokemon easier to get (as well as much more profitable for Nintendo).  Forget awkward transfer machines stuck in out of the way shops and event venues, or random wifi distributions for rare Pokemon over the GTS… just stick the code on a figurine, mass produce it and send it out to the world’s toy and video game stores.  Want a Mew/Celebi/Jirachi/Deoxys/Arceus/Meloetta/Genesect/Diancie/whatever?  Go into your local toy store, buy the figurine off the shelf and scan it into the game via the reader.  Easy, convenient (even for people with crap internet or no friends), and for Nintendo, profitable (10-20 dollars per event Pokemon for the people unable/unwilling to trade on GTS?  Kaching!)

On the other hand, I do suspect if this is done, they’ll be a lot more… cautious about the usage of NFC than for other series, if only to make logistics and distribution easier. After all, imagine how much space would needed for 700+ figurine designs on a toy shop shelf… You’d have to have about twenty rows of the shop dedicated to fancy Pokemon toys.  Not to even mention how hard it’d be to bring them home (minus a 100 ton lorry/truck) or to store them (god help any Pokemon merchandise collectors if this series ever goes this route).

Either way, I think there’s a good chance something Pokemon related will come up here, and that this will be one series Nintendo will be trying to integrate NFC tech into.

And by a Disney Infinity style experience, I mean a giant sandbox type game where you buy Nintendo characters to play as them in themed missions and then get to unlock everything for a giant toy box mode/level editor.  After all, if this was the result of integrating Disney characters like the Incredibles, Jack Sparrow and the cast of Monsters Inc:

Can you imagine how amazing a Nintendo universes version would be?  With platforming sections as Mario and crew, a jungle area for Donkey Kong characters, an epic adventure in Hyrule with the Zelda series cast and semi RPG battles with the different Pokemon species?

You’d pretty much have an endless license to print money.  Even more so if the figures from other games were compatible with this one and if you could stick them all together in custom created scenarios, like having a Mario Kart style race track through Hyrule or a Pokemon battle with Mario characters.  Nintendo could pretty much kiss all their Wii U financial woes goodbye in a matter of minutes.

Cause come on, every time a new piece of technology is invented by Nintendo, a WarioWare game takes centre stage as a way of showcasing it.

Presumably, this pattern will continue here. Indeed, if the 3DS NFC technology is coming soon as well, it might even explain why a WarioWare 3DS wasn’t released yet, because they were waiting for this feature to come out in order to make a new type of experience using actual WarioWare figurines.

It’s gonna suck for our wallets over at Wario Forums though.  Those figures can be kind of expensive, especially ones that few stores are going to bother to sell like any Wario related ones. 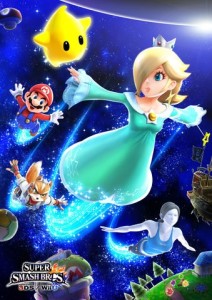 Finally, we get to the most obvious choice of game ever.  The one which seems almost made for this kind of thing.  That game, is Super Smash Bros.

So why is it made for NFC technology?  Well, how about because the whole damn premise is about trophies being brought to life by a magical being called Master Hand?  Or in other words, sort of like a in universe Skylanders.  I think the intro for the N64 game makes it clear enough:

The way to integrate the technology would be pretty simple; make it so you use character figures to store movesets/customisations from the 3DS game and bring them over to the Wii U one.  Or better yet, to buy extra characters as DLC in the form of new figurines that you ‘scan’ into the game.  It’d be like building up your own virtual Nintendo trophy collection, except with the benefits of them doing actual things in game.  Isn’t that the best thing ever?

So that’s my list of game ideas involving NFC that I think Nintendo might be considering/might use in the foreseeable future.  But what kinds of games do you think Nintendo will make involving this technology?  And more to the point, what kind of stuff do you really want to see here?