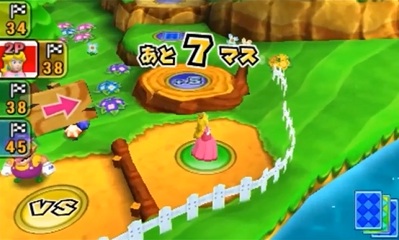 Ever wonder why Nintendo seems to mostly reuse their older franchises rather than come up with a bunch of new ones (although that is itself debatable if you look up what they own online)?  Well here’s what Nintendo director of product marketing Bill Trinen has to say on the matter:

There’s a couple of driving reasons why you keep seeing a lot of the same franchises come back. One is just the way that we develop games. What we don’t do is start off and say we’re going to develop a new game in X series or what are we going to do with it? It’s really more about what is a fun and interesting new gameplay element or gameplay mechanic? How do we develop that? And then what kind of a character or what series is that really best suited to?

Or in other words, they come up with an interesting gameplay idea first and then later think what well known Nintendo character/series fits that idea.  So to a degree, I guess it’s because Nintendo has so many unique franchises that any idea they end up coming up with can fit quite nicely with one of them.

After all, if you had an idea for a medieval swordplay based game involving a fantasy realm, why create another generic series when you could make it a Zelda game?  But he continues:

And so, in a lot of the cases, if you’ve got an idea that’s really fun and really interesting, pairing that with, for example, Mario, then that takes a fun and interesting gameplay mechanic and puts it with a character that makes it instantly appealing to a very wide range of people.

Or in a nutshell: New ideas are good, but pairing them with existing franchises like Mario mean that you can sell it to a ton of people without having to spend a ton on marketing.  After all, for all the criticism Nintendo sometimes gets about doing stuff like making Kirby’s Epic Yarn a Kirby game rather than one starring Prince Fluff, you have to wonder how they’d be able to market the latter.  It’s a lot harder to sell a gimmicky new franchise idea with original characters and setting than it is to tie it in to an existing series.  It’s why the trope of ‘Dolled Up Installment’ actually exists.

Of course the other approach is, as you frequently see with Nintendo Directs and announcements like this, when we do announce something like a new Yoshi’s Island, there’s a tremendous fan reaction to that because they want it [laughs].

And its to build hype too.  As the marketing man says, what gets people more excited at Nintendo Direct or E3?  The news Nintendo is making a ‘new’ series with an unknown main character, or the news that Yoshi’s Island, Super Smash Bros, Zelda or Mario & Luigi is getting a sequel in a few months/years?  I like Pushmo and Dillon’s Rolling Western as much as anyone else, but you’d have to be crazy to think the fans were as excited for them on announcement as say, A Link to the Past 2.

So there you have it.  Nintendo falls back on older series a lot because they have instant appeal and are easy to hype people up for.  Do you agree with/like their reasoning?  Or do you wish Nintendo would be more ‘risky’ and come up with more new franchises?