Nintendo Direct; What I Hope to See

As far as Wii U games go, I honestly don’t expect to see many new games in this Nintendo Direct.  Could I be wrong?  Maybe, after all the new 3D Mario and Mario Kart titles are getting a playable demo at E3 and a release within the year, so it’s possible Nintendo could surprise me and come up with a trailer for one of them.  But practically speaking, I’m not getting my hopes up much here.

Here’s some plausible things I hope and expect to see:

Some information, a trailer or just about anything regarding Game and Wario.  Because whether we like it or not, we don’t have anything about this title yet, bar maybe a few mini games, one piece of official art and what the box looks like.  And with the game being released within a month or two, here’s hoping Nintendo goes and gives some sort of new information about the game such as what role the likes of Mona, Kat and Ana, Ashley or Dr Crygor actually play in it. 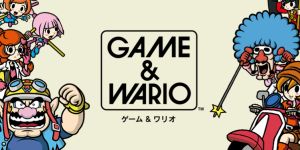 Above: Pretty much everything we know about Game and Wario.

I also hope to see something relating to Pikmin 3, since like Game and Wario it seems to have been forgotten about and practically left to die since its announcement.  Again, it’s a game that’s due out within the next month or two, so Nintendo should actually try and promote it to some significant degree.

Above: We may know more than a logo, but we’re still short on Pikmin 3 information.

The Legend of Zelda The Wind Waker HD might be something they’ll show off too, and its definitely something we need more information about.  Have Nintendo added new Game Pad functionality?  Have they removed the Triforce Quest and reinstated the cut dungeons?  Or is this just some sort of port being sold at full price?  We need to know, and a Nintendo Direct is the perfect time to tell us. 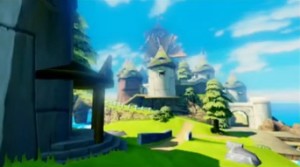 Above: What does the Wii U Wind Waker remake have in store?

That’s all I’m hoping for as far as Wii U games go.  But is that all I want to see in the Nintendo Direct?  Hell no, now here’s my 3DS wishlist!

Again, I’m not sure whether a new game will be one of the things announced for 3DS, but I think it’s a tad more plausible than seeing a new Wii U title announced.  Still, if one is announced I’m hoping it’s either:

For existing games, I’m hoping for the following:

That we get some information about Luigi’s Mansion 2/Dark Moon.  The obvious thing we need is a release date for those of us living in Europe (can you believe the game comes out in less than a month and Nintendo of Europe still haven’t said more than ‘it’ll be released in March?)  But a trailer would be nice, as would a bit more information on how the game works. 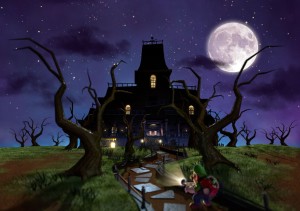 Above: We may know the mansions, but we don’t know much about Luigi’s Mansion Dark Moon in general.

Animal Crossing New Leaf is the other game I hope to hear about, since that game’s been out in Japan for quite a while now and yet hasn’t even got release date in the rest of the world.  Again, a new trailer would be great.

Finally, I’m hoping for some more information about Pokemon X and Y.  Is the new Light type people have talked about real?  Then a Nintendo Direct would be the perfect time to officially announce it.  How about some sort of information on new Pokemon or even the storyline?  What region the games are set in and whether it really is based on France?  Here’s hoping all this gets answered sooner rather than later and some of it gets officially shown in the coming Nintendo Direct presentation. 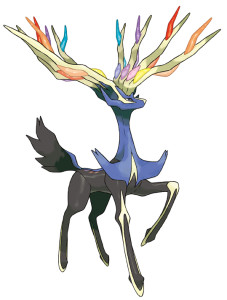 Above: What types do Xerneas and Yveltal have?  No one yet knows. When will Nintendo answer this?

But really, that’s all I hope for.  I’ve spent far too much time in the past going on about what games Nintendo should announce at Nintendo Direct, and the truth of the matter is that they don’t do that.  They don’t generally announce lots of important games at Nintendo Direct presentations, and I think tomorrow’s won’t be too different.  Here’s hoping that my simple wishlist turns out to be accurate, and that’ll be enough for me.

I second all of that. Add a dollop of AC: New Leaf news and I would judge the broadcast a success. I nearly forgot about Game and Wario; it shall be good to hear more on that.

I wonder if Nintendo will incorporate the 3DS as the Tingle Tuner with the Wii U Zelda: Wind Waker HD. Or perhaps they just might use the Wii U Gamepad. I also hope there’s new News on Pokemon X and Y as well as Zelda.

Anyway, I discovered this site through Gamnesia. I thought you guys would be affiliated with Wii U daily, but that appears not to be the case. Cool site though!