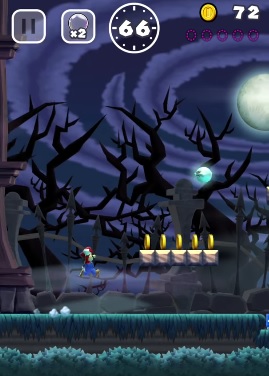 Ever since it came out earlier this week, Super Mario Run has been breaking records everywhere. 2.8 million downloads in a day? It achieved that, completely breaking Pokemon GO’s record in the process. More than 40 million downloads in its first few days? Yeah, that happened too. Which makes it more popular than just about every Mario game in the last few years.

However, with few people paying for the game and ‘high’ costs hurting its reviews, all is not perfect with Super Mario Run. It’s review average is at just 2.5/5 as we speak!

And so Nintendo seems to be looking to improve. Why? Because they’ve been sending an interesting new survey around, complete with the following questions:

Firstly, it suggests Nintendo is willing to revise the payment structure for the game. This could mean either cutting the price significantly (like say, down to $5 instead of $10), or even making it ‘free to play’ like some investors and players were hoping. Yeah, I know, not what some Nintendo fans wanted to hear. But hey, it’s likely on the table for the sequel anyway.

More importantly however, it suggests that Nintendo might not see ‘updates’ as enough to add new features and content to Super Mario Run. And given that the game already has added Christmas items and Toad Rally modes, this hints that Super Mario Run would have much more fundamental differences from game 1.

Or maybe I’m just overthinking it and Nintendo is hoping to make Super Mario Run 2 the expected way. I guess that’s possible, right?

But I think the signs are there in the survey. I think Nintendo themselves are looking at the (perhaps unfair) criticism online and thinking of ‘fixing’ it with a sequel.

So what do you think? Am I on to something? Does the survey suggest design changes Nintendo might want to make? Or is it more likely a Super Mario Run 2 would use the same setup as the first game?

Considering? We'll get a new Mario Run game every year if we want it or not.