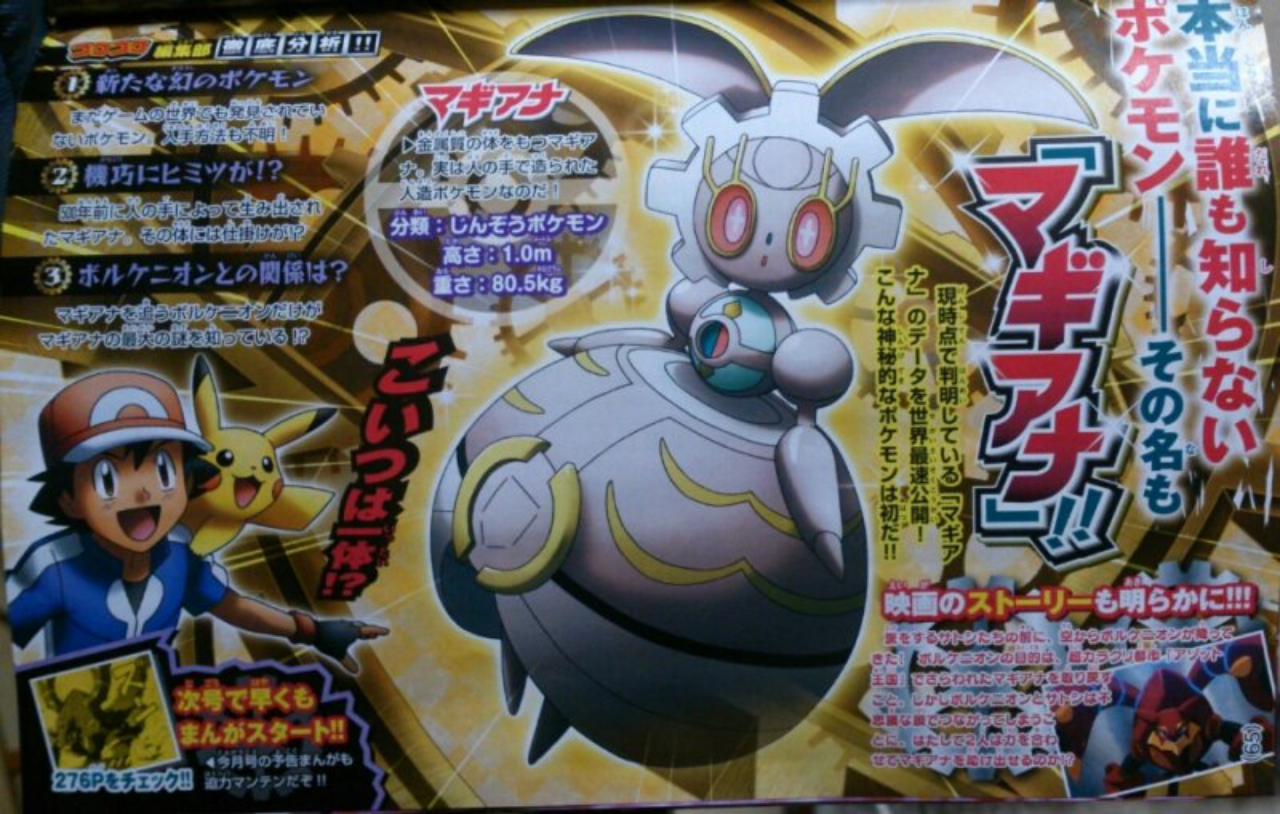 Wait, is gen 7 coming already? Perhaps so, since a brand new Pokemon has just been revealed by Japan’s CoroCoro magazine! Named Magiana, it’s known as the ‘Artificial Pokemon’, is 3’03 tall and weights 80.5 KG.

According to the magazine description, this Pokemon was created by humans 500 years ago, and contains some sort of secret inside its body. In other words, it’s basically like a cross between Mewtwo and Porygon, at least concept wise

Here’s a picture of it, courtesy of a magazine scan: 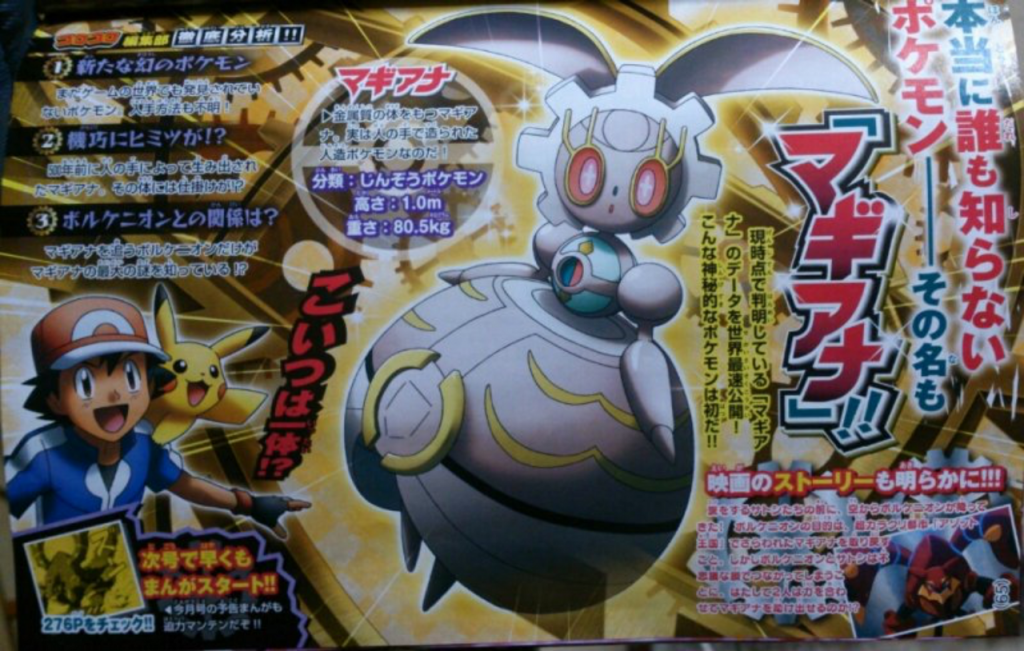 So what can I say about Magiana and its concept? Well to be honest… I’m not at all sure. It’s certainly got an interesting design, and given how likely it is to be Steel/Fairy in terms of typing, it’s at least got a cooler design than Klefki or the likes.

But come on, a robot Pokemon, really? Okay, we’ve had some virtual reality Pokemon in the form of the Porygon family and both Mewtwo and Genesect are the result of a ton of genetic engineering and scientific experiments, but it seems like we’re getting further and further away from Pokemon as equivalents to animals and mythical creatures and more into the realms of ‘every single thing in the universe that isn’t human is now a Pokemon’. But hey, maybe I’m just too old fashioned or something.

Still, what do you think of Magiana? Is it an interesting Pokemon concept? Is it a sign that the seventh Pokemon generation is right round the corner, and that we won’t be getting a Pokemon Z or anything similar this time around? And what about the idea of robot type Pokemon created by humans?