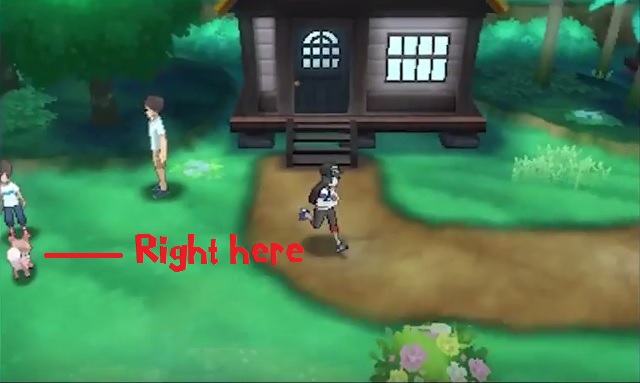 Well, isn’t this a bit surprise? It’s only been a few days since the starter Pokemon and legendaries from Pokemon Sun and Moon were shown, and now we know of another new one! How? Well, Japanese magazine CoroCoro released a new trailer today:

In said trailer though, they messed up. Namely, they included footage showing a new Pokemon! It’s only visible for about a second or two, but it can clearly be seen at the left side of the screen 12 seconds in. Here’s a picture in case you missed it:

So what is it? Well, that’s a good question really. Personally, I think it looks like a small dog. Maybe a poodle or chihuahua type Pokemon? Other people think it could be the common normal type of the generation. Like Rattata, or Bidoof, or Bunnelby. Either way, it’s a new Pokemon. And presumably a fairly common one too.

But what do you think? What is this mysterious new generation 7 Pokemon seen in the trailer?